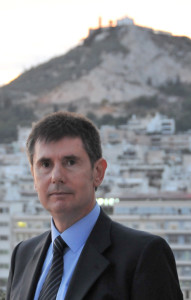 While the global geopolitical chessboard is dominated by anxiety and fluidity, Turkey is steadily escalating its increasingly ahistorical and aggressive rhetoric toward Greece, hurling threats and not even hesitating to violate the sovereign rights of an EU Member State country with the illegal Turkish-Libyan memorandum. An invalid construction, a threat to regional stability, without legal and diplomatic status that reflects Ankara’s strategy to provoke anew, ignoring any concept of International Law.

Every day the Turkish leadership constructs with anachronistic objections and maximalist approaches issues, which, in reality, do not exist. But this continuous aggressive stance against Greece is not in Turkey’s real interest.

The fanaticism that deliberately is cultivated inside Turkey leads to tension and not to de-escalation. We are troubled by the fact that in today’s Turkey, anti-Hellenism is an attractive product that all political forces want to promote.

Our neighbour today lacks the cool voices that will put a wall up against the devotees of revisionism. Unfortunately, the road to the Turkish elections will be full of polarisation, which is why Greece is absolutely alert and ready.

It is irresponsible for Turkey to claim that it feels threatened by our islands, when in fact the exact opposite is happening. The real threat for the Greek islands is the Aegean Army or Fourth Army, one of the main formations of the Turkish Army. It is the Turkish army that invaded in 1974 and since then illegally occupies over 36% of the territory of the Republic of Cyprus.

Greece has adopted the successful strategy of internationalising these challenges and constantly informs allies about the behaviour of the neighbouring country’s leadership. Europe now realises that it approaches the West a la carte and whenever it suits it. Turkey is the only NATO country that has not aligned itself with Western sanctions against Russia. Instead, it benefits enormously from our restrictive measures, making it easier to circumvent them as a ‘transit hub’, which reduces their effectiveness. Ankara is constantly exposed with provocations and fake news and the international community should not turn a blind eye to such behaviours.

Greek Diplomatic Life magazine is a member of: