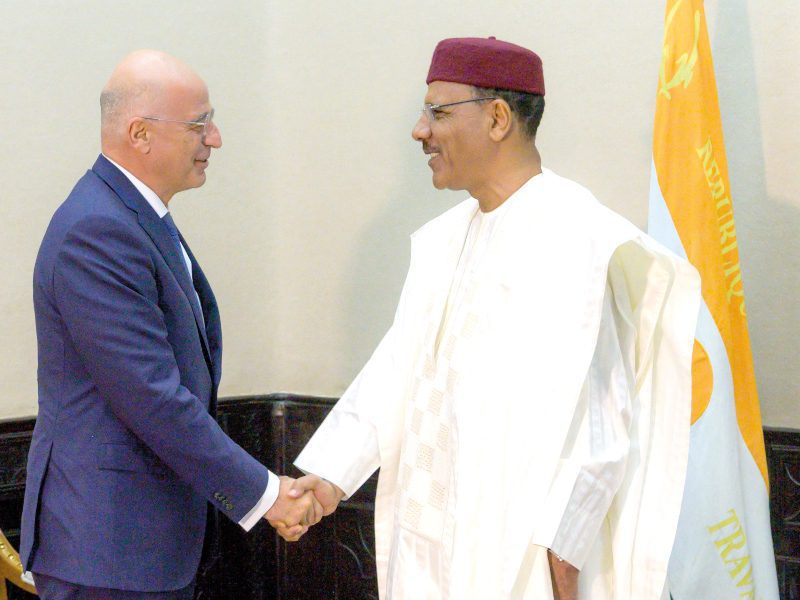 At the beginning of the month, Minister of Foreign Affairs Nikos Dendias travelled to Niamey, the capital of Niger, marking the first-ever visit by a Greek Foreign Minister to this country.

During his stay in Niger, the Minister of Foreign Affairs was received by the President of Niger Mohamed Bazoum (pictured above) and held a one-on-one meeting with his counterpart, Hassoumi Massoudou (pictured below), followed by expanded talks. 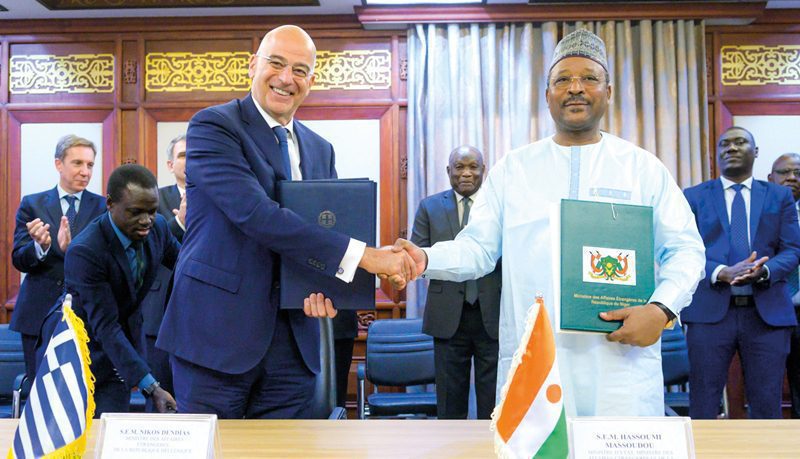 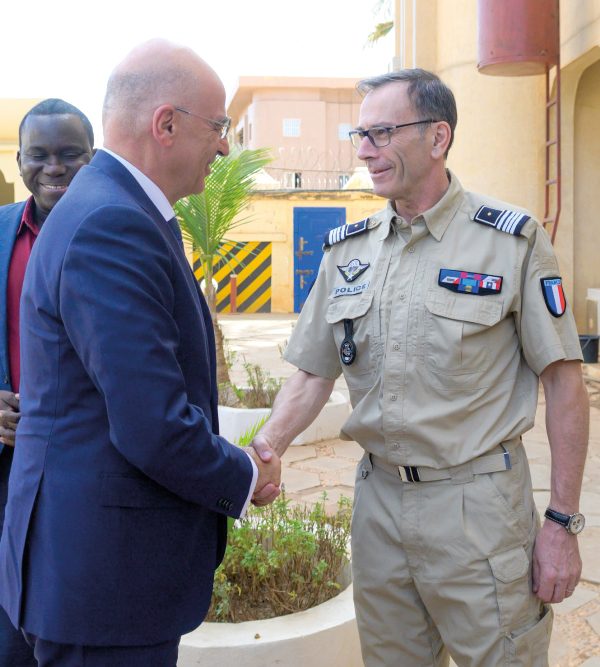 Talks were said to have covered bilateral relations, cooperation in the International Organisation of La Francophonie, developments in the Sahel region, as well as a series of regional challenges, such as the migration/refugee issue and terrorism.

The Minister of Foreign Affairs’ visit to Niger, his fifth trip to Sub-Saharan Africa within 12 months, reflects Greece’s strong diplomatic engagement and the upgrading of Greece’s presence in the region.

In his opening remarks at the expanded talks with his Nigerien counterpart, Minister Dendias said that Greece understands the challenges faced by Sub-Saharan countries such as “food insecurity, climate change, irregular migration, terrorism,” the Greek Ministry said.

He also noted that Greece considers the Mediterranean a bridge between continents, noting that “Africa will be the biggest continent, population-wise, in the world in a few years.” As Niger is an important and emerging power, and an economy growing at a spectacular pace, he added, Greece would like Niger to “understand the challenges we are facing in our region.”

The two Foreign Ministers also talked about migration flows and refugees and discussed the enhancing of Greece-Niger cooperation within the UN and within L’Organisation Internationale de la Francophonie (OIF).

In press statements, Minister Dendias noted Niger’s tremendous significance for EU security, which both Greece and the EU must help maintain, and in terms of being a large uranium producer. 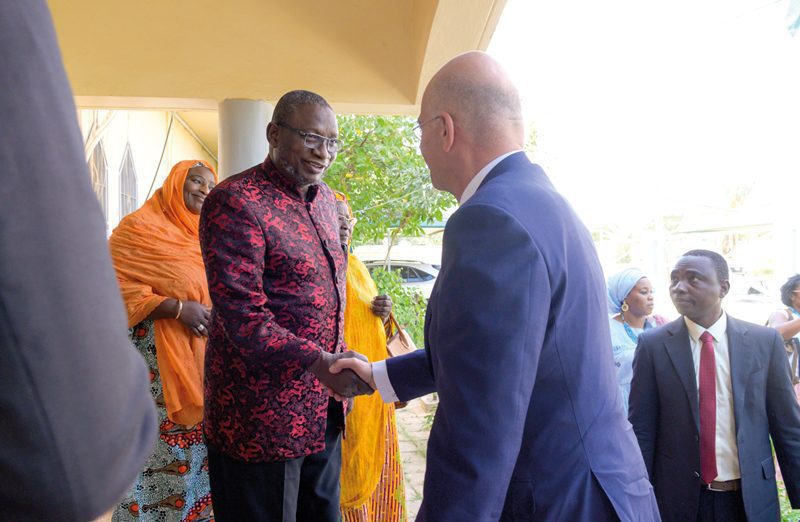 He also underlined that “we, Greece, are closer to the African continent than one might think. From our southern big island, which is Crete, it is just a 20 minutes flight to the coast of Africa. Historically also, we Greeks have seen the Mediterranean Sea as a bridge between the two continents. It was never in history a border; it was always a bridge. A bridge of people, a bridge for trade, a bridge for commerce, a bridge for cultural education.”

Above from left: Foreign Minister Nikos Dendias visiting the premises of EUCAP Sahel Niger in Niamey; at a UNICEF event.