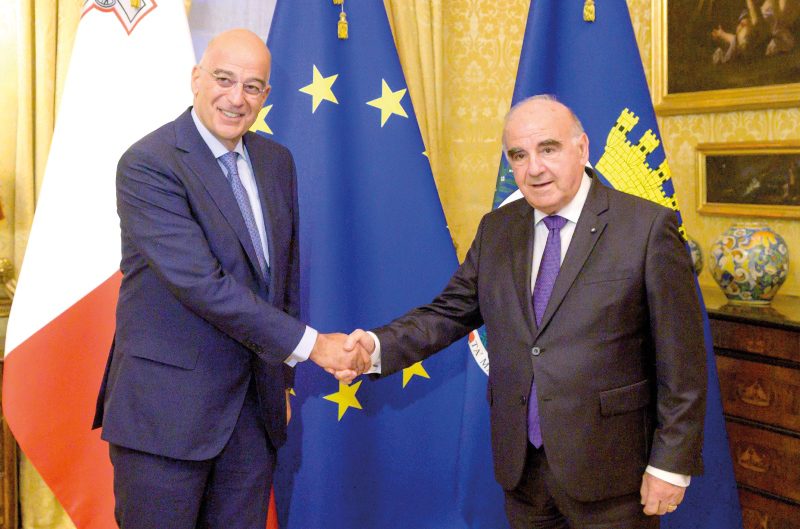 Foreign Minister Nikos Dendias met with his Maltese counterpart Ian Borg in Valletta on October 10th. The talks focused on the deepening of Greek-Maltese relations and cooperation within the EU and international organisations, the migration-refugees issue, the Russian invasion to Ukraine and the developments in Libya and in the Eastern Mediterranean.

Minister Dendias underlined that Greece and Malta share a common maritime tradition and a common homeland, the Mediterranean Sea. “Our countries share the same strong commitment to peace and stability based on International Law, including the International Law of the Sea, and of course the principles of the United Nations Charter. Principles referring to respect for the territorial integrity and sovereignty of all countries, as well as the prohibition of violence, the use of force and the threat of use of force,” he said, stressing that unfortunately these norms are under attack. 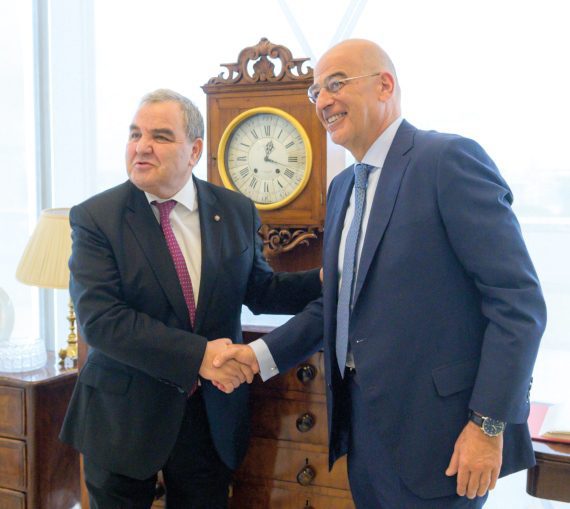 The Foreign Minister also stated that during the meeting, the situation in Libya was discussed and he reiterated his satisfaction that the European Union, Cyprus, the USA, Germany, France, Italy, Egypt and many other countries, have come out publicly and denounced the recent signing of the ‘memorandum’ between the government of Tripoli and Turkey. “For Greece, but also for Malta, it is a common goal to promote stability in Libya. And we should work in this direction within the EU and other international institutions”, he emphasised.

He referred to the words of the Prime Minister of Malta, Robert Abella, who in his recent speech to the UN General Assembly said that “Libya should transition to more peaceful, secure, stable and prosperous times” and indeed “without interference from foreign actors”.

He also noted that ways of strengthening the bilateral cooperation between Greece and Malta in the economy, tourism, renewable energy sources and logistics were discussed, as well as cooperation in the EU and the IMO, where the interests of the two countries converge.

He pointed out that they referred to the “common challenge of illegal immigration and how we can deal with it,” while reiterating the great importance that both countries attach to UNCLOS.

Minister Dendias congratulated Minister Borg on the election of Malta to the UN Security Council for the period 2023-2024 and noted that Greece “looks forward to building on the work it will do as a Member of the UNSC in 2025-26, as it is going to be elected in the 2024.”

It was also agreed to expand the cooperation of the two countries with specific steps, in the UN and other international organisations, as well as in trade, investments, but also in various forums among themselves in the MED9.

Pictured above from left: Greek Minister of Foreign Affairs, Nikos Dendias, is granted an audience with President of Malta George Vella; with Speaker of the House of Representatives Anġlu Farrugia. Below: addressing a joint press conference with Maltese Foreign Minister Ian Borg.