Minister of Foreign Affairs of the Netherlands in Greece 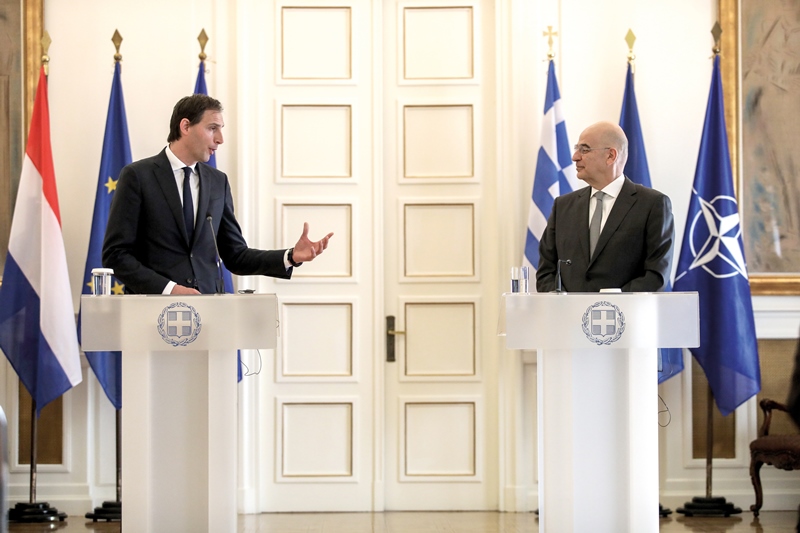 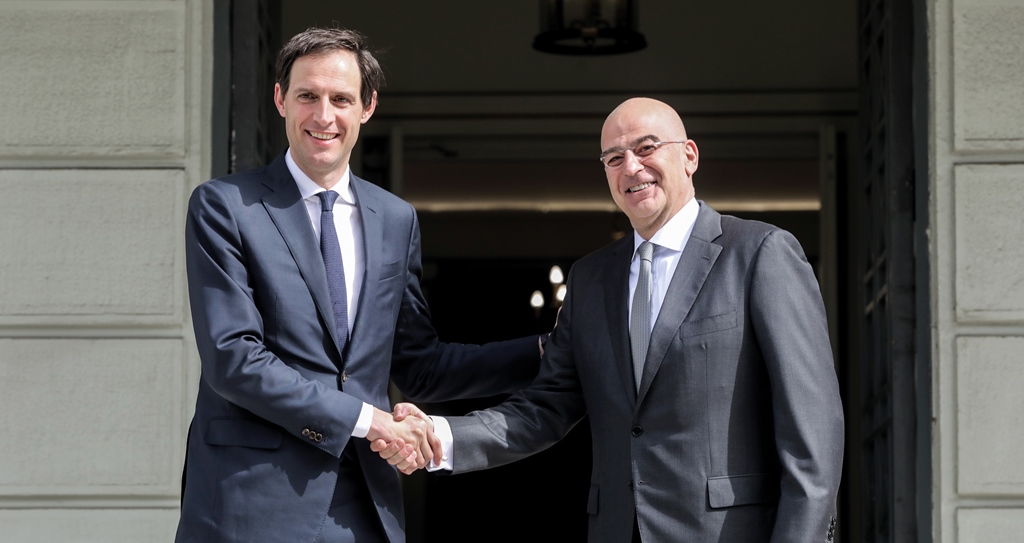 Minister of Foreign Affairs, Nikos Dendias, hosted the Minister of Foreign Affairs of the Netherlands, Wopke Hoekstra, in Athens on April 4th. The two Foreign Ministers held a private meeting, which was followed by expanded talks which focused on the situation in Ukraine following the Russian invasion and regional issues. In addition, talks also covered the rapidly growing bilateral relations in a wide range of areas, as well as cooperation between the two countries within the EU, NATO, the United Nations and other international organisations.

The visit of the Dutch Foreign Minister is part of the regular contacts between the two sides, following Prime Minister Kyriakos Mitsotakis’ visit to the Netherlands in 2019 and his Dutch counterpart Mark Rutte’s visit to Greece in 2021.

During the joint statements, Minister Dendias mentioned his recent visit to Odessa, Ukraine, a city that is closely linked with the history of Hellenism. The Greek Consulate General in Odessa is operating again and it is the only European Consulate operating there.

Minister Dendias met with the Greek Diaspora, with the Greeks who live there and delivered humanitarian aid, mainly medicines. As he said, there will be a follow-up to this effort, under the coordination of the Director General for Development and Humanitarian Aid of the Greek Ministry of Foreign Affairs, Alexandros Diakopoulos, because the Greek Government has made the commitment to do everything possible for the Greek Diaspora in Ukraine.

Incidentally, Minister Hoekstra’s visit coincided with the anniversary of the signing of the Washington Treaty, the Founding Act of NATO, of which both countries are Members. For this reason, NATO flags had been hoisted next to the flags of the countries and next to the EU flags.

Apart from Ukraine, they had the opportunity to discuss developments in the Eastern Mediterranean, including Cyprus, the Middle East, Libya and the Western Balkans, the accession prospects, that is, the European perspective of which both support, with the well-known conditionality. They further discussed bilateral relations, which have been on the rise in recent years. The two heads of diplomacy examined prospects in the economic field and Minister Dendias expressed his appreciation for the fact that the Netherlands ranks first as regards foreign direct investment in Greece. The Netherlands is the largest foreign investor in Greece.

They both agreed on the importance of political consultations between their countries and the Political Director of the Ministry of Foreign Affairs, Ambassador Lalakos will travel to The Hague to hold political consultations. They also discussed cooperation in international organisations, their mutual support for election to the UN Security Council, the migration-refugee issue and the participation of the Netherlands in FRONTEX. The Netherlands is participating in Operation POSEIDON and, hence, in the protection of the European Union’s external borders. 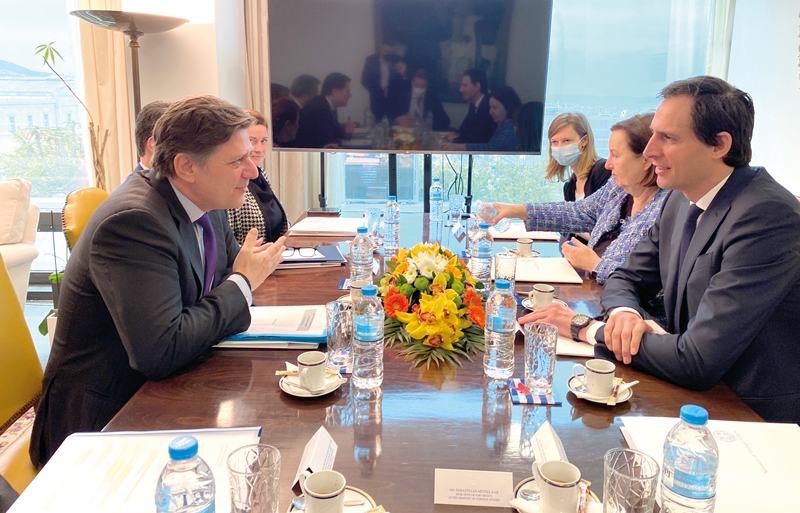 The Greek Minister expressed his deep appreciation to the Dutch academic community with its long tradition of classical studies departments in Dutch universities.