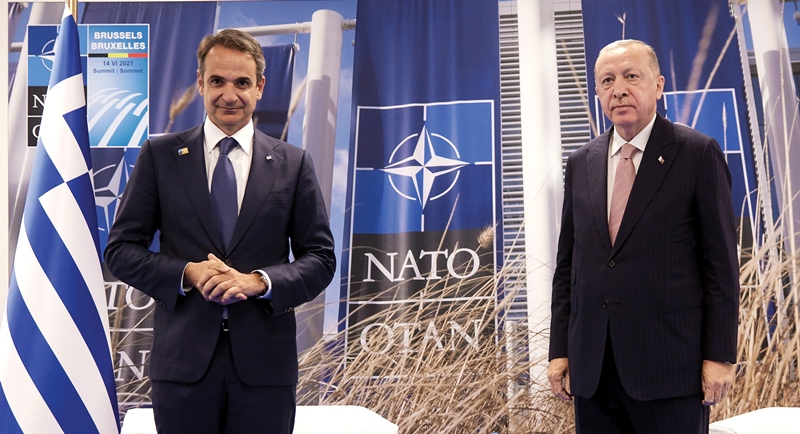 An exchange of views and positions

The meeting of Greek Prime Minister Kyriakos Mitsotakis with Turkish President Recep Tayyip Erdoğan in Brussels on June 15th “was a step toward a quieter summer,” underlined Government sources. Held on the sidelines of the NATO Leaders Summit, the meeting took place in a cordial climate and there was an agreement of mutual understanding that the tensions of 2020 cannot be repeated.

The same sources said that it is a standing position of the Greek Government that channels of communication with Turkey remain open despite the often differing and in many cases diametrically opposed positions of the two sides on many issues. These differences will have to be dealt with within the context of International Law, exploratory talks, Confidence-Building Measures and political consultations it was added; this would be a framework of communication, which can lead to the easing of tension.

A de-escalation of Turkish actions and rhetoric was a constant goal in order to make a gradual improvement in relations possible, they added. 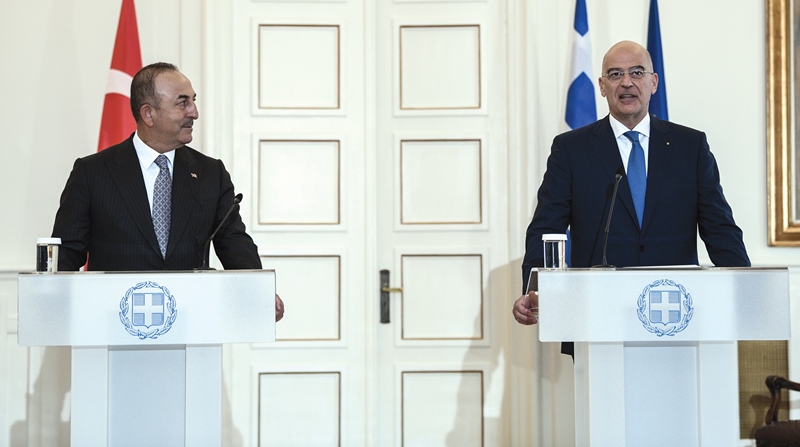 There was a sincere exchange of views and positions and a friendly atmosphere during talks between Foreign Minister Nikos Dendias and Turkish Foreign Minister Mevlüt Çavuşoğlu that took place in Athens on May 31st immediately after Minister Çavuşoğlu’s meeting with Prime Minister Kyriakos Mitsotakis.

On his part, Minister Dendias referred in detail to bilateral relations and to EU-Turkey relations, underlining that these go together. He said that small steps forward in dialogue have been made, such as the resumption of exploratory talks, political deliberations, the teleconference on Confidence Building Measures and, recently, Deputy Foreign Minister Kostas Fragogiannis’ meeting with his Turkish counterpart Sedat Önal, in which they discussed issues of bilateral cooperation in the economy and trade and both approved a list on this issue.

The Greek Foreign Minister repeated that the Mitsotakis’ Government supports a constructive dialogue with Turkey based on International Law. He underlined, however, that it was unacceptable for Turkey to maintain its casus belli threat if Greece decides to extend its territorial waters in the Aegean, noting that this had been repeated by the Turkish Foreign Minister himself in a recent interview. He also said that the Turkish-Libyan memorandum is illegal and non-existent.

Minister Dendias referred at length to the Cyprus issue, noting that that the only framework for the resolution of the Cyprus issue is a bizonal, bicommunal federation as set out in the relevant UN Security Council Resolutions. Finally, he underlined the need for the stabilisation of the situation in Libya with the organisation of general elections next December and asked again for the withdrawal of the foreign troops and mercenaries from its territory.

In a swift and stern response to provocative statements by Turkish Foreign Minister Mevlüt Çavuşoğlu during the Turkish Minister’s private visit to Thrace on May 14th, Foreign Ministry Spokesperson Alexandros Papaioannou stressed that Greece fully respects the obligations arising from the Lausanne Treaty, “which refers clearly and explicitly to a Muslim minority in Thrace”. He called on Turkey to respect the fundamental rules of International Law, including the Treaty of Lausanne, which Turkey has also signed and is therefore obliged to implement. 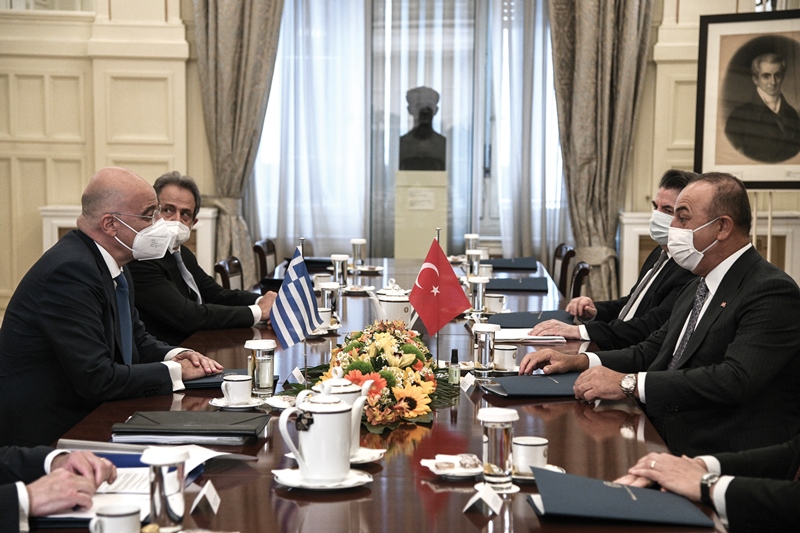 Pictured above: Prime Minister Kyriakos Mitsotakis meets with Turkish President Recep Tayyip Erdoğan in Brussels on the sidelines of the NATO Leaders Summit; Minister of Foreign Affairs, Nikos Dendias, addresses members of the press after meeting with his visiting Turkish counterpart, Mevlüt Çavuşoğlu, at the Hellenic Ministry of Foreign Affairs.