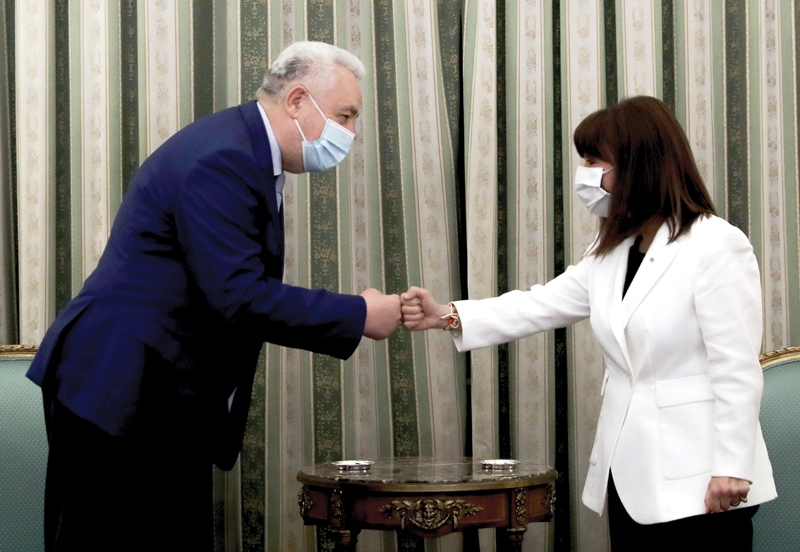 “Greece has been firmly oriented, since the Thessaloniki Summit in 2003, toward supporting the European course of the Western Balkans,” President of the Hellenic Republic Katerina Sakellaropoulou said during her meeting with the Prime Minister of Montenegro, Zdravko Krivokapić, in Athens on May 13th.

President Sakellaropoulou stressed that it is the only option available to ensure political stability, economic development and strong democratic institutions in the countries of the region. However, she noted that, in order to join the EU, it is necessary to meet the criteria that apply to all candidate countries.

On his part, Premier Krivokapić thanked the Greek President for Greece’s support of Montenegro’s European course and reiterated his Government’s readiness to work to expand bilateral relations.

He thanked the Greek Head of State for the invitation to take part in the sixth annual conference of the Delphi Economic Forum, which was organised under her auspices. He noted that the Forum is a good opportunity for European partners and the international community to confirm Montenegro’s firm commitment to European values that lead to full membership in the EU. The Prime Minister stressed that he would like the synergy felt in Greece to be present in Montenegro as well.

The two officials exchanged views on the European Union’s enlargement policy and the challenges posed by the coronavirus pandemic. They agreed that cooperation between Member States and candidate countries is one of the key conditions for successfully tackling the epidemic.

Within that context, the Prime Minister expressed his gratitude for the donation of medical equipment worth almost half a million euros, which was delivered to Montenegro from Greece on 31st March 2021, through the common European reserve of medical equipment- RescEU. 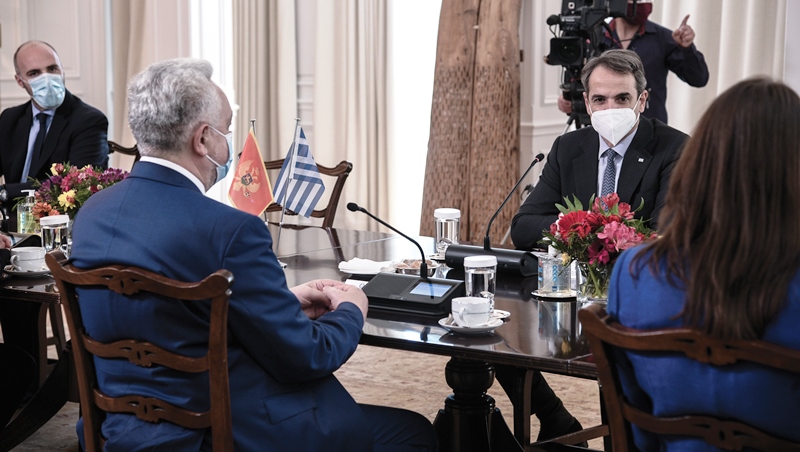 Prime Minister Kyriakos Mitsotakis expressed Greece’s unequivocal support to the European accession course of Western Balkan countries, at a meeting with Prime Minister of Montenegro Zdravko Krivokapić in Athens on May 14th. Moreover, the Greek Premier noted that the meeting served as a good opportunity to examine progress in their bilateral memorandum for providing technical assistance to Montenegro on its way to EU integration. Satisfaction was also expressed about bilateral cooperation at NATO level.

Premier Krivokapić expressed appreciation for the technical collaboration because Greece understands the Western Balkans and has been on the path to accession itself. The area has gone through turbulence that left its mark on economic growth he said, highlighting economic development as the priority of his Government and as a way of balancing out “domestic conflicting elements,” as he said. The Montenegrin Premier concluded by saying that as far as the coronavirus pandemic is concerned, both Greece and Montenegro have taken all necessary measures to “have a good tourism season ahead.” 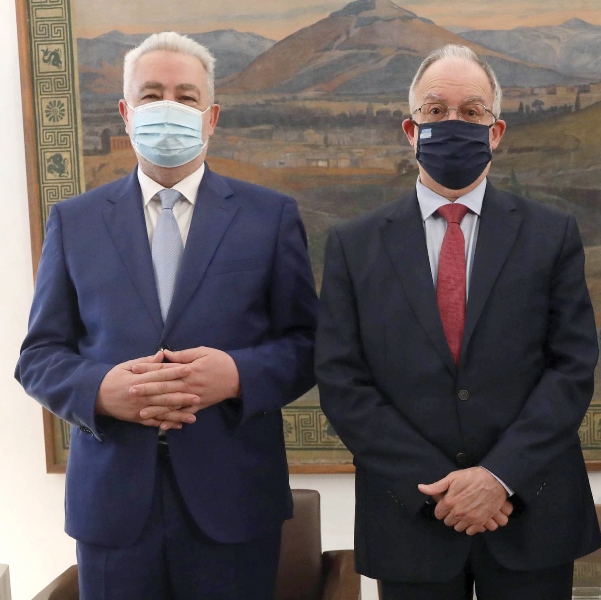 The President of the Hellenic Parliament Constantine Tassoulas welcomed the visiting Montenegrin Prime Minister to the Parliament. During their meeting Speaker Tassoulas stressed that Montenegro has made significant efforts to adapt to the European institutions and is therefore in the first line of Balkan countries moving towards the EU.

Prime Minister Krivokapić, inter alia, said: “We do not ask for anything from anyone, we just ask for understanding. The only goal of the Government is for us to be the first next new EU Member State.”

Present at the meeting was also the Chairman of the Montenegro-Greece Parliamentary Friendship Group Vasileios Oikonomou, the Diplomatic Advisor of the Parliament, Ambassador Constantine Economides and the Ambassador of Montenegro in Greece Ana Vukadinović. 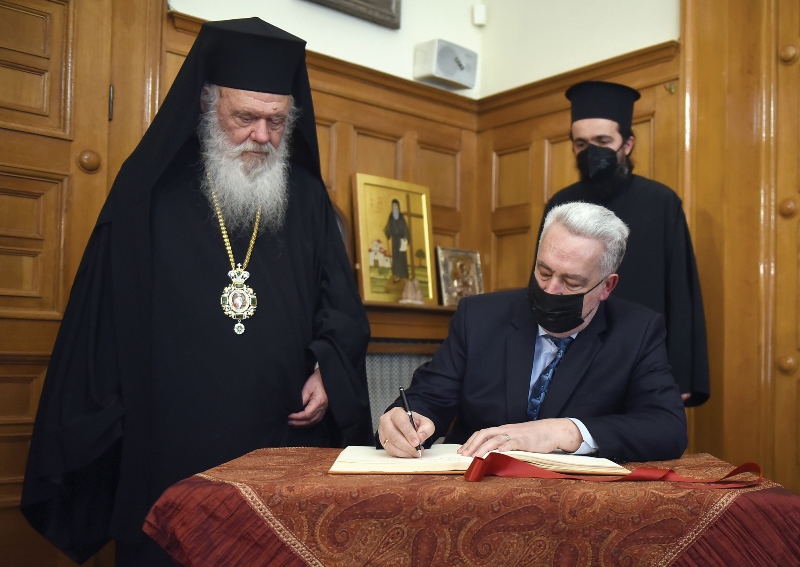 Premier Krivokapić was also received by Archbishop of Athens and All Greece Ieronymos. He informed His Beatitude about the status of religious communities in Montenegro and said that the Government of Montenegro is determined to continue to guarantee respect for basic human rights and freedoms, including the right to freedom of religion.

“Your country has given this world great and prominent figures, both throughout history and in modern times, figures who have revived, nurtured and preserved the Orthodox tradition. I want to express the special feelings and brotherly love that the Greek people have for you and your country,” said Archbishop Ieronymos.

Archbishop Ieronymos pointed to the great cooperation between the State and the Church in Greece, adding that the Hellenic Republic is a Member of the EU and that he is happy that Montenegro is following that path.

Friendly and allied relations between the Hellenic Republic and Montenegro are based on intensive political dialogue and substantive cooperation, as well as a firm determination to strengthen their economic ties as was ascertained during a meeting of Minister of Foreign Affairs Nikos Dendias and visiting Foreign Minister Đorđe Radulović, who was here at the end of April.

Minister Dendias pointed out that “bilateral relations and cooperation on economy and energy, regional developments with particular focus on the Western Balkans EU perspective,” was on the agenda of the meeting. He said that Greece supports the European perspective of Montenegro and praised the Montenegrin Government for the reforms in the areas of the rule of law and the fight against corruption.

Minister Radulović said that Greece is a proven partner and close neighbour, as well as a promoter of the European perspective, which is reflected in the continuous political and expert support to Montenegro.

It was jointly assessed that meaningful bilateral relations should be strengthened with new modalities of cooperation in the areas of energy, transport, tourism, defence, infrastructure and agriculture. On that line, satisfaction was expressed on the occasion of the planned opening of the Montenegrin Consulate in Greece, in Thessaloniki, headed by the Honorary Consul, Dr. Vassilis Apostolopoulos , which will contribute to the further intensification of economic and cultural cooperation. 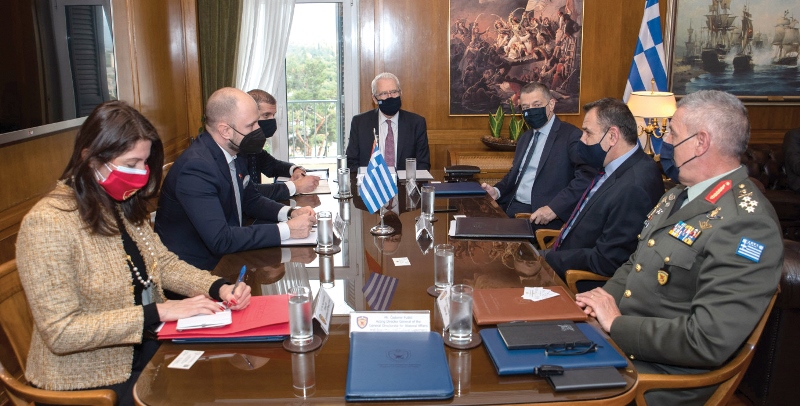 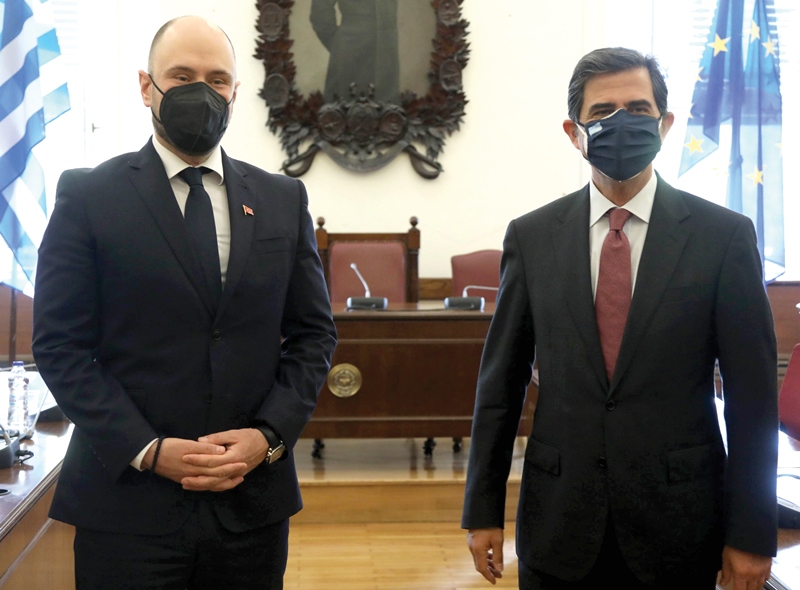 The Chairman of the Standing Committee on National Defence and Foreign Affairs, Konstantinos Gioulekas, then met with the Minister Radulović within the framework of the Minister’s official visit to Greece. During the meeting, Mr. Gioulekas confirmed the firm will of Greece for the rapid integration of the Western Balkans in the EU adding that the New Enlargement Methodology will contribute to deepening and strengthening the enlargement process.

On his part, Minister Radulović underlined the importance that Montenegro attaches to the support Greece provides on Montenegro’s path toward EU accession and expressed his country’s intention to further strengthen the ties of friendship with Greece.