“The Greek Chairmanship will send the message that we must see the world through the eyes the young people of Europe. We must focus even more on their problems and concerns, especially in the new environment being created by the pandemic, but also beyond that.” 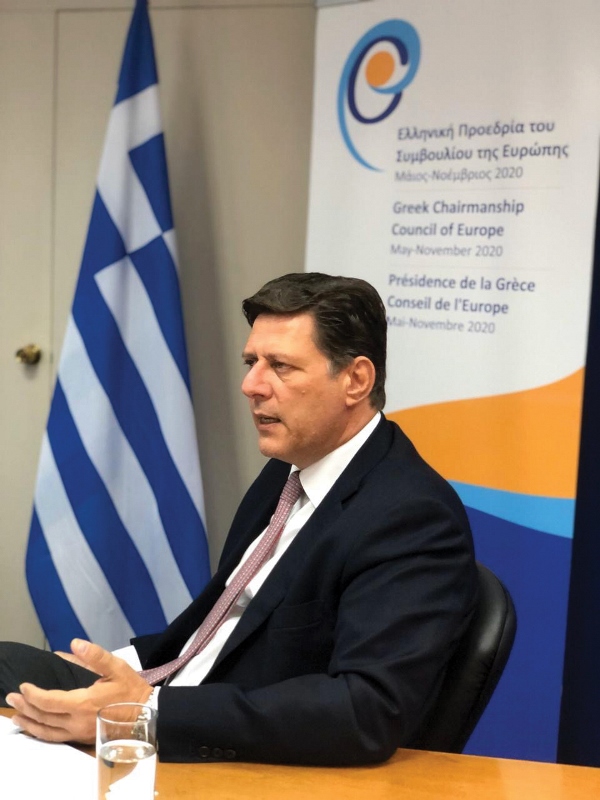 The Greek Chairmanship of the Committee of Ministers of the Council of Europe, which began on 15th May 2020, adopted a Joint Declaration on human rights and the environment, together with the outgoing Georgian Chairmanship (November 2019 – May 2020) and the upcoming German Chairmanship (November 2020 – May 2021). The priorities of the Greek Chairmanship of the Council of Europe include the impacts of climate change, with emphasis on protection of cultural heritage and, at the same time, the right of younger generations to enjoy this cultural heritage undamaged by the impacts of climate change.

This, among other things, was stressed by Prime Minister Kyriakos Mitsotakis in his message on the commencement of the Greek Chairmanship and by the Alternate Minister of Foreign Affairs, Miltiadis Varvitsiotis, during the assumption of the Chairmanship of the Council of Europe by Greece within the context of a teleconference held with the participation of the outgoing Georgian Chairmanship’s Minister of Foreign Affairs, the Permanent Representatives of the 47 CoE Member States, the CoE Secretary General and the heads of all the CoE institutions.

Greece took over the Chairmanship from outgoing Georgia for a period of six months until November 18th 2020, via Alternate Foreign Minister Varvitsiotis. The handover ceremony was conducted online due to the special conditions imposed by the Covid-19 pandemic.

Alternate Minister Varvitsiotis, who is in charge of European Union and Council of Europe Affairs at the Greek Foreign Ministry, presented the priorities of the Greek Presidency as the new Chairman of the Committee of Ministers of the Council of Europe (May-November 2020). The central theme of the Greek Presidency is: ‘The protection of human life and public health in conditions of pandemic – effective management of a health crisis with full respect for human rights and the principles of democracy and the Rule of Law’.