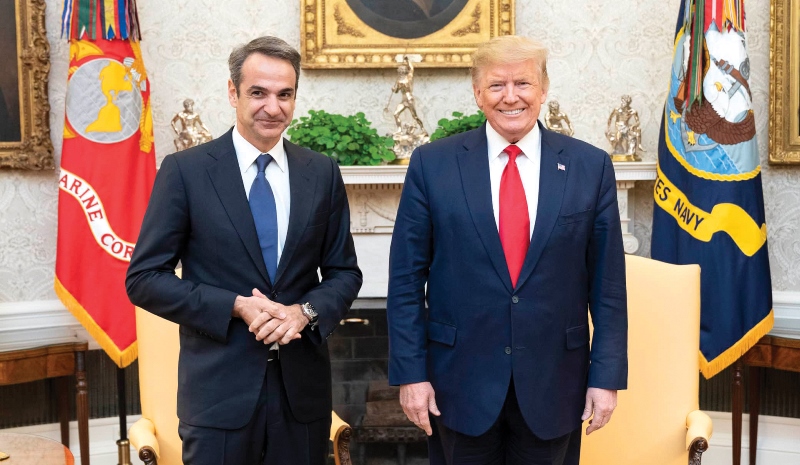 Greece and the United States of America reaffirmed their desire to further enhance their strategic defence and security partnership, which greatly contributes to the security of both nations.

The Greek Government appears convinced that the key objective of Prime Minister Kyriakos Mitsotakis’ visit to the US, which was to promote Greece as the key factor of stability and as the most reliable US ally in the region, was fully achieved and evaluates all statements that were recorded in the White House, the State Department and Congress positively. At the same time, the recognition of the great improvement in the prospects of the Greek economy and the climate of encouragement it generates for American investments in Greece is also very important.

The meeting between Greek Prime Minister Kyriakos Mitsotakis and US President Donald Trump at the White House went well for the Greek side, it was marked by exceptional timeliness at a time when President Trump was pinpointed in geopolitical turmoil in the Middle East and Premier Mitsotakis laid out Greece’s concerns. Both leaders didn’t solve every problem immediately, but they have formed the basis for resolution on a timetable that can work for both countries, along with objectives that can increasingly harmonise in the months and years ahead.

The instability across the Eastern Mediterranean raises concerns about the direct risks of security in the greater region and this is where Greece’s national interests and involving regional countries all converge. The fact is that the top American national security advisors view Greece as the cornerstone for US, NATO and international security in one of the world’s most complex geopolitical landscapes.

The warm climate prevailed in the State Department, where US Vice President Mike Pence and Secretary of State Mike Pompeo hosted a reception in honour of Premier Mitsotakis in the presence of some 300 guests, sealing a reality that is also reflected in Vice President Pence’s own phrase: “The ties between the United States of America and Greece have never been stronger.” “We support Greece as a security pillar in the Southeastern Mediterranean and will continue to support your prosperity, security and democracy,” was the message sent by Secretary Pompeo, while Prime Minister Kyriakos Mitsotakis said “I was proud to be leading Greece at this historic moment for our relations, which will become ever stronger,” he said. 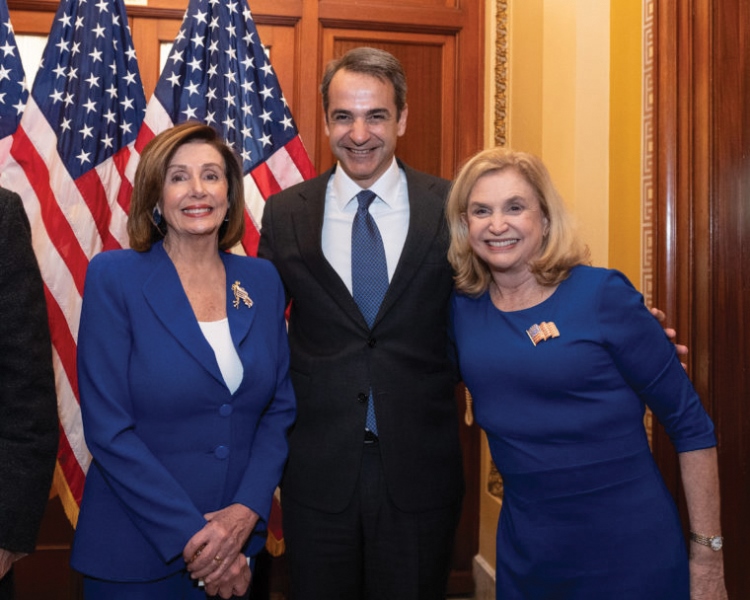 The event wrapped up a programme of a thoroughly successful visit by the Greek Prime Minister to Washington. Vice President Pence remarked that “last year alone, our two nations engaged in nearly $3 billion in trade. But it’s not economic exchange that defines us. It’s really a shared philosophy of Government. I saw the energy between you and President Trump in the Oval Office.” The US Government’s enthusiasm for “the work that the Prime Minister is doing and the reforms he is implementing in the Greek economy,” was expressed by Secretary Pompeo, who said “Greece is showing the way to economic growth throughout Europe,” reducing taxes, as did the US Government. 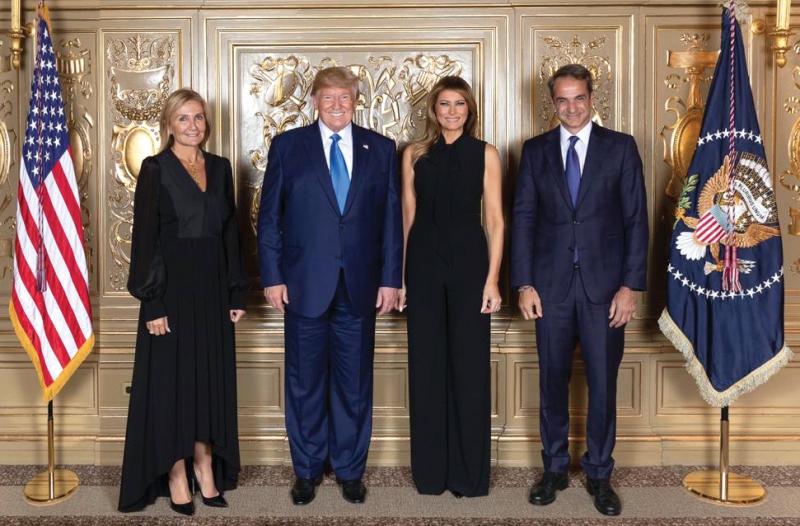 Summing up the Greek Prime Minister’s results on the visit to the US capital, he did not hide his satisfaction with hearing “the obvious”, as he characteristically said: “Greece has been, is and will be the most reliable US ally in this corner of the world.”

The warm words of the two top US Government officials about Greece and the close strategic relationship between the two countries were followed by a series of statements that were even interpersonal, as illustrated by the visit of the Greek Prime Minister to Congress and his meetings with prominent officials both Republican and Democratic. The Greek Premier himself, speaking to representatives of the Diaspora, stressed that “both at the meeting with President Trump and during his visit to Congress, there was a consensus on the great importance of Greece-US strategic cooperation.”

The Greek Prime Minister addressed, in the presence of Pence and Pompeo, an invitation to American investors to participate in the new page of the country’s history, “emphasising, among other things, tax cuts.” “Vice President Pence said that when you cut taxes and let entrepreneurship flourish, only good things happen in the economy. This is what happened here in the US, this is what is happening in Greece,” Premier Mitsotakis said. Energy, infrastructure, ports, tourism, the real estate market, the financial system and new technologies are areas that have been the focus of American investment interest, as expressed by specific questions to the Prime Minister during the meeting that had 22 representatives of large companies and investment groups. 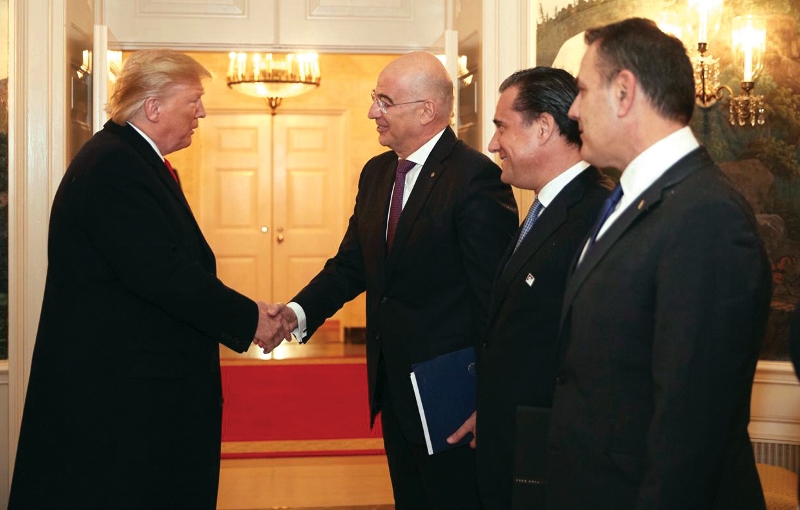 Premier Mitsotakis presented the developments in the Greek economy, the reforms already underway by the Government, tax cuts and the plan to promote privatisation and major investment projects, while investors particularly emphasised the importance of policy stability in Greece, the predictability of the tax environment not only for businesses, but also for their executives, and the speed with which their investment plans are implemented. “This Government supports the investment of US businesses in Greece,” the Prime Minister said during a luncheon in honour of Greek expatriate organisations. He even asked Greek-American business representatives in the event room to ask how the new Government welcomed those who wanted to invest in the country in the last six months.

The message of Premier Mitsotakis sent shortly before leaving the United States was that “Greece has returned as a serious and responsible regional power.”

Shaping a climate of national consensus and consensus on the country’s major national issues was also a key pursuit during the individual meetings with the political leaders back in Athens that the Prime Minister held upon his return, informing them on the results of his visit to Washington and on initiatives taken by the Government to defend the sovereign rights of the country.