Friend of the Diplomatic Corps honoured with Award Night

Two notable personalities, two individual women who have made significant strides in medicine and journalism, have been awarded by the Hellenic Association of Political Scientists (HAPSc).

During a special ceremony held in the Athenian Club, HAPSc President Symeon Sidiropoulos and the Board of Directors honoured the Doctor and HAPSc Honorary Member Dr. Pari Rapti (pictured left) for her contribution to medical science, her social work and her international activities in the field of culture, as well as for her contribution to strengthening the work of HAPSc.

Also awarded was the journalist, writer and Real fm Radio producer Semina Digeni (pictured below) for her overall career and her extensive work in television, radio, print and electronic media. 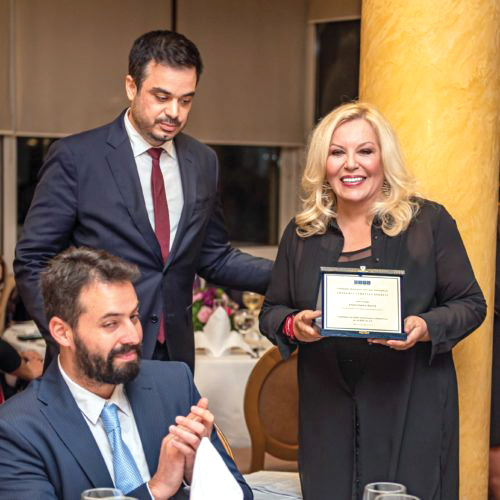