Minister of Foreign Affairs on an Official Visit to Singapore

New impetus in strengthening ties between Singapore and Greece

Minister of Foreign Affairs George Katrougalos was on an Official Visit to Singapore at the end of last month, where he had key political and economic contacts. The Greek Foreign Minister and his counterpart, Vivian Balakrishnan, discussed bilateral relations and ways to further expand them at their meeting, with Minister Katrougalos analysing Greece’s advantages as a key hub for transactions between East and West and Central Europe.

The importance of the rising interconnectivity Greece is pursuing and the fact that trading giants are interested in transforming the Port of Piraeus into a major gateway to EU markets was also a major point of his interactions with the officials in Singapore.

During their meeting, it was further agreed for the two countries to take joint initiatives with the private sector to strengthen their cooperation in the fields of innovation and start-ups, as well as in the trade sector. In this regard, the two Ministers signed an agreement to avoid double taxation. They also discussed developments in the EU and the multiple challenges that Europe has to deal with, pointed out the positive results already produced by the EU-Singapore free trade agreement.

Finally, the two Ministers attended the inauguration ceremony of the Greek Embassy in Singapore.

Soon after his meeting with Minister Balakrishnan, Minister was received by the Prime Minister of Singapore, Lee Hsien Loong. Their meeting reaffirmed the excellent relations between the two countries, especially their long collaboration in the shipping sector and their mutual will to deepen and enhance their relations. They also had a wide-ranging discussion on regional and international developments and welcomed the new impetus in strengthening ties between Singapore and Greece. 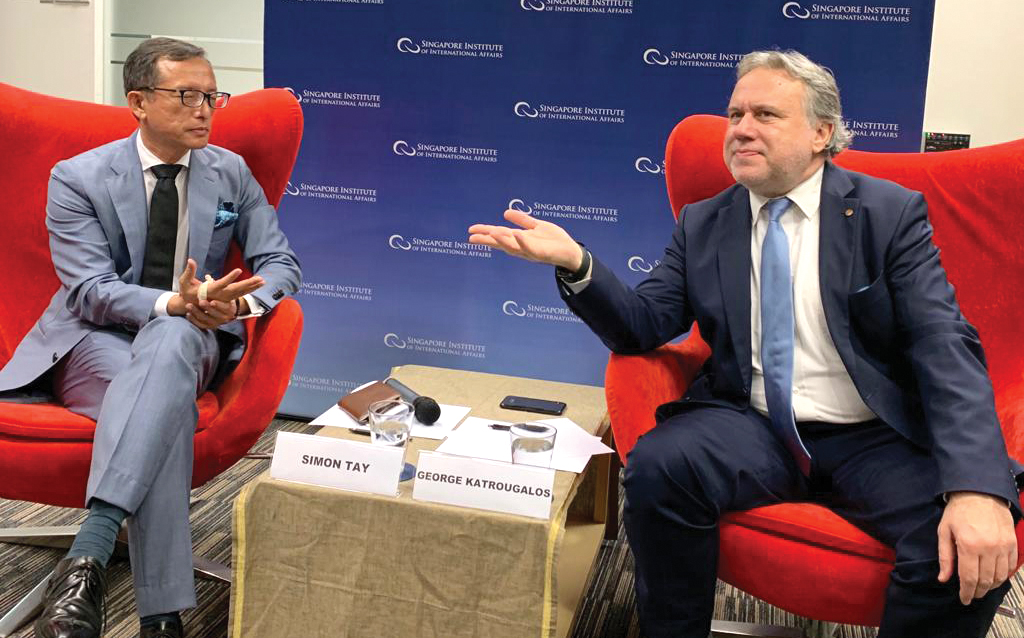 During his first day in Singapore, Minister Katrougalos’ meetings focused on the economy. Specifically, the Greek Minister met with Trade and Industry Minister Chan Chun Sing to discuss options for strengthening bilateral economic and commercial cooperation. Minister Katrougalos underlined the need for Greek businesses to have greater access to the Singapore market. In addition, he delivered a welcome address at the Greek-Singapore Business Forum, which was co-organised by the Trade Office of the Embassy of Greece in Singapore, the Hellenic Federation of Enterprises (SEV) and the Singapore Manufacturing Federation, with the goal of expanding business synergies between the two sides and further strengthening the outward-looking nature of Greek entrepreneurship.

Finally, on the same day, the visiting Minister gave a lecture at the Singapore Institute of International Affairs (SIIA) on ‘The Future of Europe’. 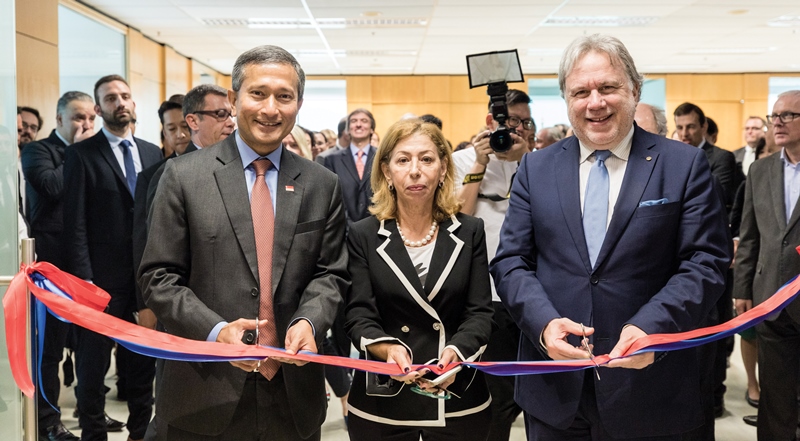 Lezanda: Foreign Minister George Katrougalos is granted an audience with Prime Minister Lee Hsien Loong. 2. signing an agreement on the avoidance of double taxation with the Foreign Minister of Singapore, Vivian Balakrishnan. 3. Minister for Trade and Industry and Minister-in-Charge of the Public Service, Chan Chun Sing. 4. with Chairman of the Singapore Institute of International Affairs, Simon Tay. 5. scene during the Greek-Singapore Business Forum. 6. Minister Balakrishnan, Greek Ambassador to Singapore Constantina Koliou and Minister Katrougalos inaugurate the new Greek Embassy in Singapore.

Previous 84th TIF – Interview with the leadership of TIF-HELEXPO SA
Next ‘UAE, a unique model for Tolerance’ by H.E. Mohamed Meer Alraeesi, UAE Ambassador to Greece