German Chancellor in Athens for talks with the leadership of Greece 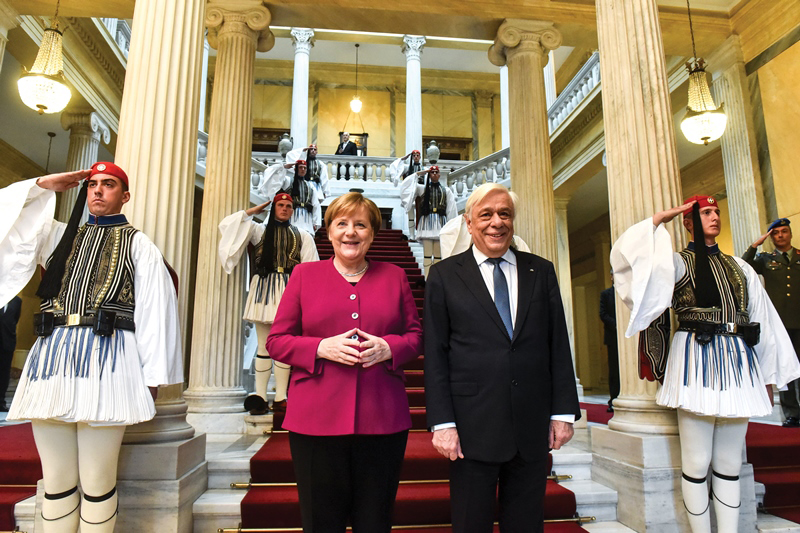 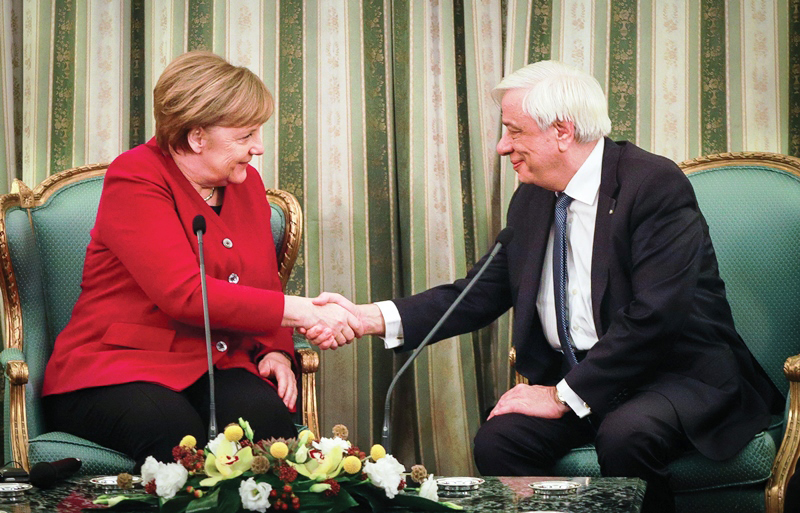 German Chancellor Angela Merkel and Greek Prime Minister Alexis Tsipras agreed on the crucial need to establish a comprehensive European policy for asylum and migration and to revise the present system, aware of the historical responsibility of Greek WWII reparation calls.

Chancellor of the Federal Republic of Germany, Angela Merkel, paid a visit to Greece, a country that has posed some of the greatest challenges of her time at the helm of Europe’s powerhouse economy. She thanked Greece for everything it had achieved despite the difficulties it had faced and said the country’s role in the Balkans would be among the issues discussed during her visit. 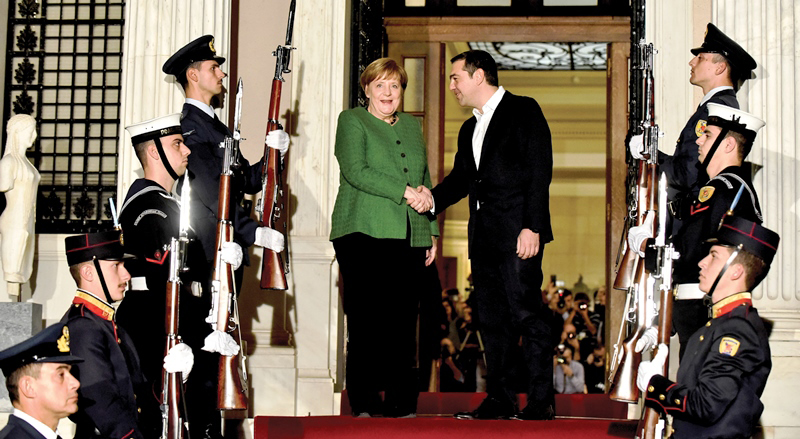 Addressing the Greek Prime Minister, she noted that these had been difficult years and what they had achieved “was to strengthen the European spirit and to resolve and deal with various problems… that had great importance for Europe, but also for Greece.” Noting that the Greek people had been through a very difficult time, Chancellor Merkel said she wanted to offer thanks for all that Greece had achieved in spite of the economic difficulties and the harsh measures, as well as all it continues to offer today. 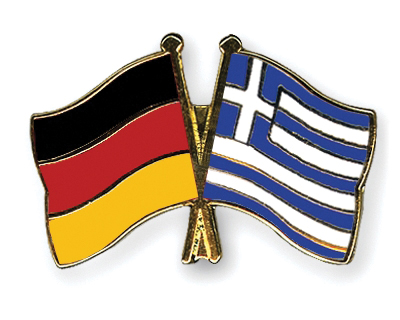 On his part, Premier Tsipras told the German Chancellor that “today you are coming to a different Greece, which after many challenges has managed to overcome the crisis and enter a path of growth and social reconstruction.” He referred to the many difficulties that he and Chancellor Merkel had faced and worked through together in recent years, including clashes and disagreements, and the fact that they had managed to find compromises that finally enabled them to “overcome the Greek crisis, which was also a European crisis”. He also noted that Greece was no longer a country in crisis, but rather part of the solution, as it was steadily becoming a pillar of stability in a region suffering from destabilisation “and a force that promotes the need for cooperation in the Balkans and Southeast Mediterranean”. 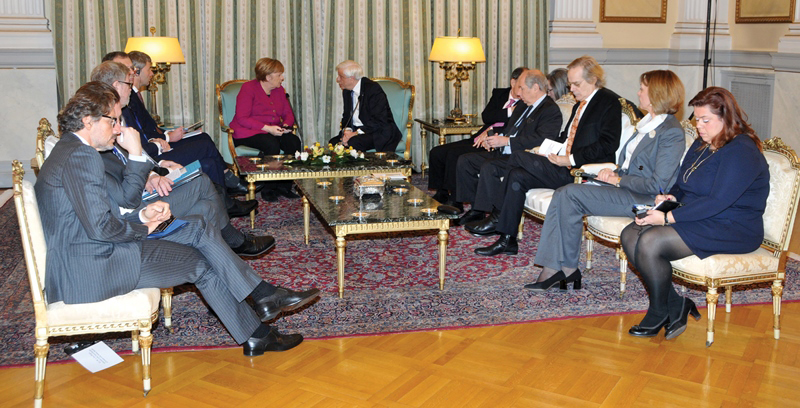 The Greek Premier then talked about a common danger Greece and Germany are currently facing, namely the rise in Europe of the far right, which is threatening the common European edifice. However, he said, “in the face of this European challenge, I believe that those who believe in the European idea will try and find a solution.” Finally, he expressed the certainty that Chancellor Merkel’s visit to Athens ends a difficult period in the relations between the two countries and starts an era with brighter prospects.

Referring to the upcoming European elections, Chancellor Merkel said that she was united with Premier Tsipras “in the deeply-held conviction that it is through cooperation in Europe, not nationalism, that we will have a better future.” She also touched on the refugee crisis and migration issues, noting that the EU-Turkey agreement “has not been implemented in the way that we would like,” especially the part concerning returns. “We will work with Greece to improve some parts of the agreement. We agreed today that for the refugees that do not come from Syria but from other countries, the EU-Turkey agreement will not apply and we will try to find other ways of support,” she said. The Chancellor also referred to the need for a common European policy on migration.

Chancellor Merkel noted that the aim of her visit was to help Greece get back on its feet, reduce unemployment and finance its needs by tapping the markets, adding that large German investments in Greece show confidence in the country. “This is not the end of a period of reforms, but the start of a new situation. Unemployment has fallen and we must try to create jobs for young people,” she said, pointing to initiatives in the export sector and welcoming Premier Tsipras’s announcement that Germany will be the Honoured Country at the 2020 Thessaloniki International Fair (TIF).

During her visit the German Chancellor was also received by the President of the Hellenic Republic, Prokopis Pavlopoulos, and main opposition party Leader Kyriakos Mitsotakis. Greece pressed and raised its claims for massive reparations from Germany for the damage done to the country by the Nazis during the Second World War. Athens keeps demanding from Berlin to repay a forced wartime loan, reparations and compensation for atrocities committed during the German occupation of the country from 1941 to 1944.

The issue was raised by President Pavlopoulos at the Presidential Mansion. “As Greeks, we consider these demands legally active and (that they can be) judicially pursued and should be solved in the competent European forum, judicial forum,” the Greek Head of State told the Chancellor. Prime Minister Alexis Tsipras has repeated to take the issue to the International Court of Justice. The issue of reparations is a highly emotive one for Greeks, made more so during the country’s economic crisis, when Germany, as their biggest creditor, was blamed for imposing painful austerity measures in exchange for three international bailouts. 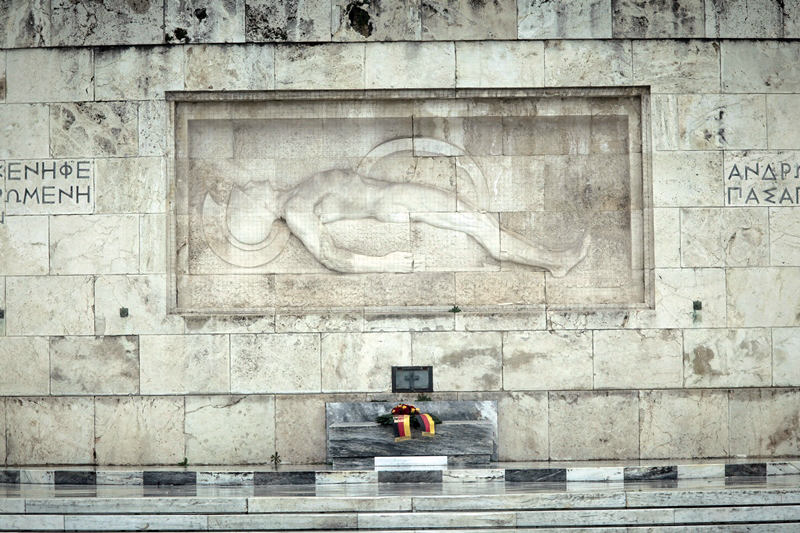 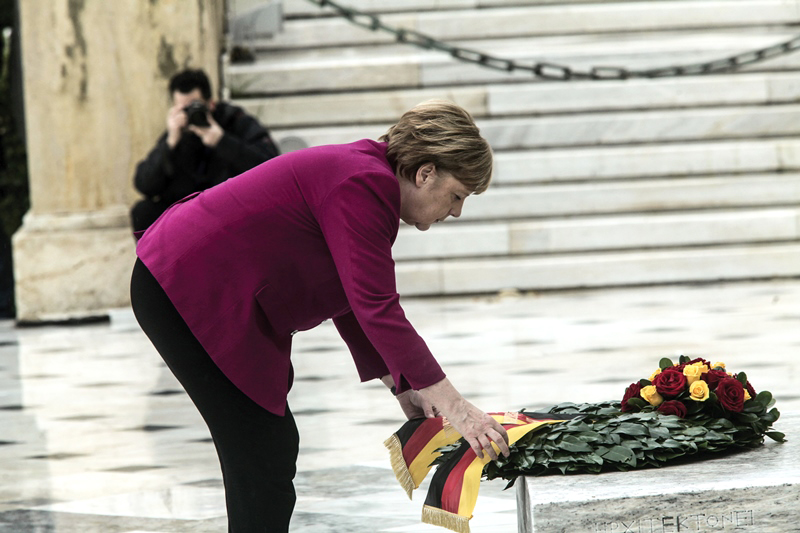 Chancellor Merkel apologised for the injustices perpetrated by German forces during the war. “We are aware of our historical responsibility, we know how much suffering Germany caused Greece during the era of National Socialism, so the lesson for us is to do everything we can to ensure good relations with Greece and to support each other to the benefit of both countries,” she said.

Pictured from above: Chancellor of the Federal Republic of Germany, Angela Merkel, is received by the President of the Hellenic Republic, Prokopis Pavlopoulos; arriving at the Maximos Mansion in order to meet with Prime Minister Alexis Tsipras; the two delegations in conference; Chancellor Merkel meets with main opposition party Leader Kyriakos Mitsotakis; more than just a symbolic gesture, Chancellor Merkel lays a wreath at the Tomb of the Unknown Soldier in Constitution Square.

Previous Ambassadors of Ukraine, Canada, Iraq, Libya & Turkey present Credentials
Next ADC & GDL getting into the carnival spirit of the season