Speaker of the National Council of the Slovak Republic in Athens 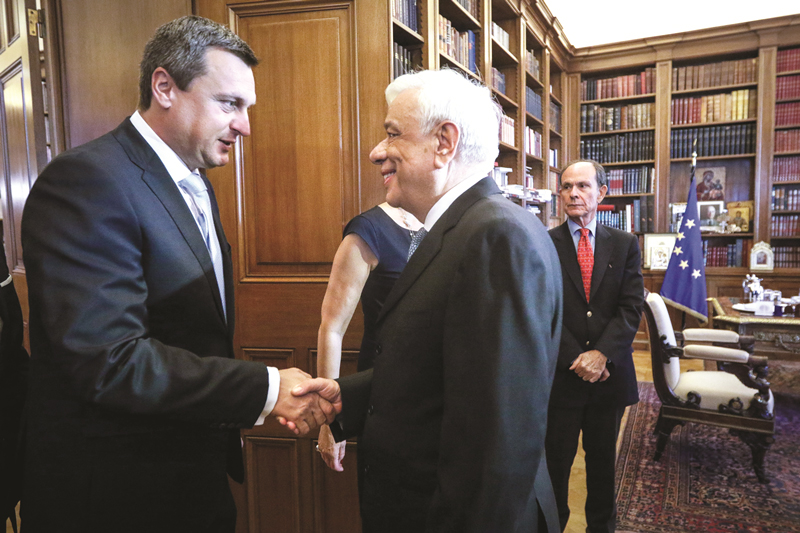 Praise for the contribution towards European unification

President of the Hellenic Parliament Nikos Voutsis received his Slovakian counterpart Andrej Daňko in Athens recently. The President of the National Council of the Slovak Republic paid an Official Visit to Greece at the invitation of Speaker Voutsis. 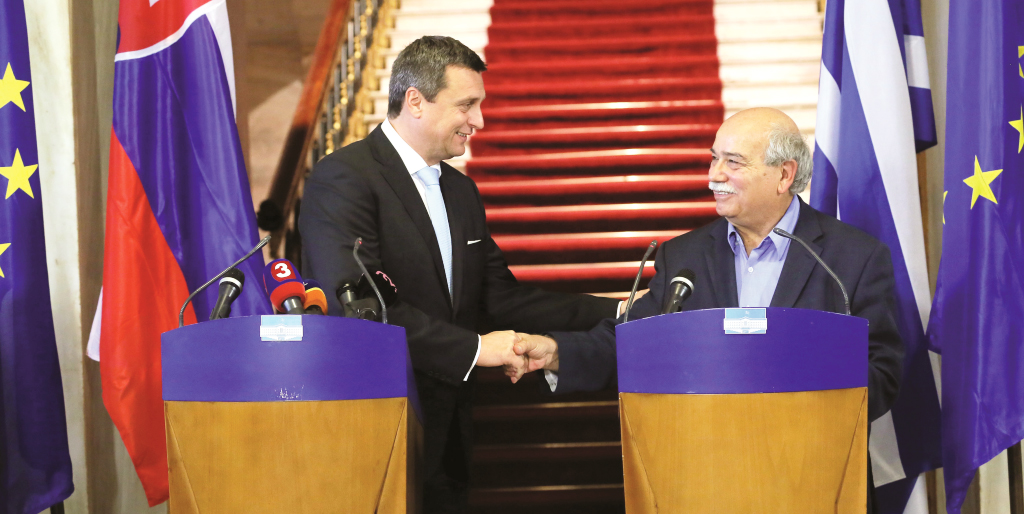 During the visit there was a presentation in Parliament of a photography exhibition entitled ‘Alexander Dubcek: Human Face of the Politicians’. The exhibition is dedicated to the important Slovak politician, who in 1968 became the face of the ‘Prague Spring’, a process of regeneration and democratisation that attempted to reform the Communist regime that dominated Czechoslovakia at that time. 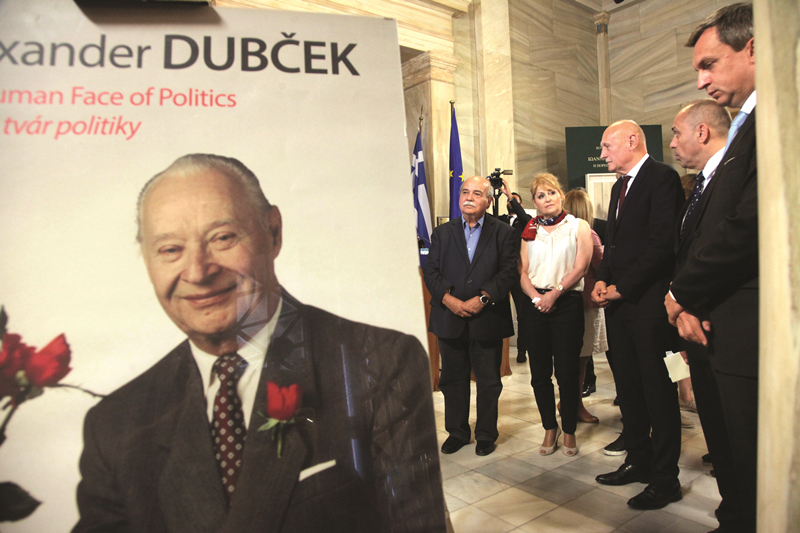 “As the top representative of the Greek Parliament, I’d like to express my thanks and admiration for the work done by this prominent politician. The year 1968 was significant not only for Czechoslovakia itself; the events of that year influenced developments in other countries as well,” stated Parliament President Voutsis after viewing the exhibition. At the same time, he presented the Gold Medal of the Greek Parliament to the Slovak Parliament Chairman. It was preceded by the presentation of the Alexander Dubcek’s exhibition by the Ambassador of the Slovak Republic to Greece Iveta Hricová in the presence of Alexander Dubcek’s older son, Pavol Dubček.

Greek President Prokopis Pavlopoulos also received the President of the Slovak Parliament, Andrej Daňko, at the Presidential Mansion, during which time he praised his contribution towards European unification, as well as his views on solidarity between EU Member States. He then referred to European unification and the covering of a democratic ‘deficit’ in the EU, so that the democratically legitimised EU institutions, and in particular the European Parliament, gain more powers. 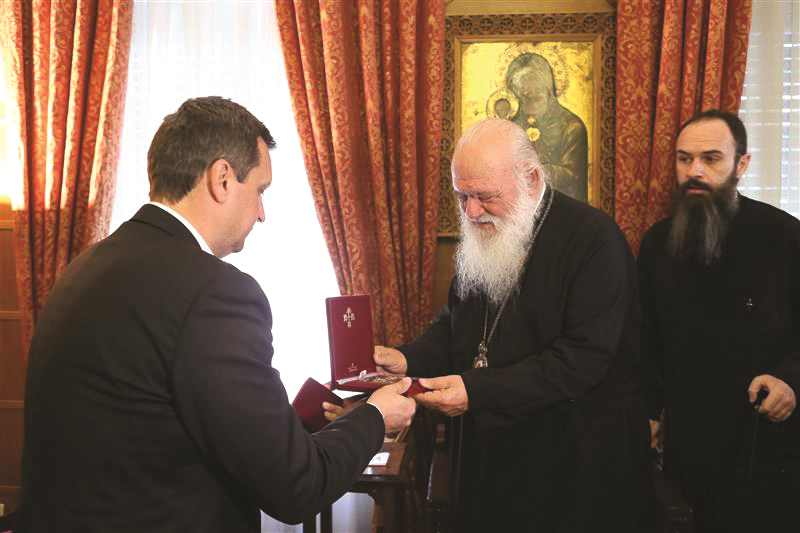 Speaker Daňko later held subsequent meetings with the leader of the main opposition ND party Kyriakos Mitsotakis and the Archbishop of Athens and all Greece, Ieronymus II. This was the first visit paid by a Slovak Parliamentary Chairman to Greece since 2005.

Pictured above from left: President Prokopis Pavlopoulos receives visiting President of the National Council of the Slovak Republic, Andrej Daňko; addressing the press with his Greek counterpart Nikos Voutsis; the two delegations in conference; Mr. Daňko is received by Archbishop Ieronymus II; opening the ‘Alexander Dubcek: Human Face of the Politicians’ exhibition.