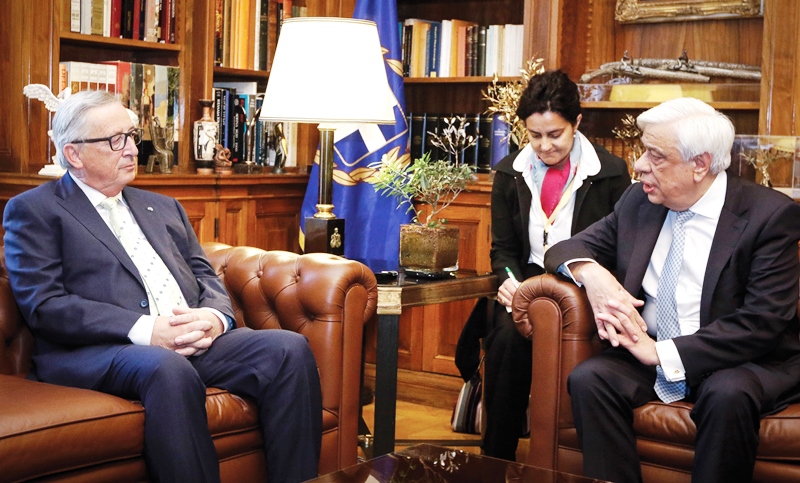 “Opening a new chapter in Greek history; a crucial point for Greece and Europe”

During his meetings with State and political leaders of Greece on April 26th, European Commission President Jean-Claude Juncker sent a message for a clear exit from the memorandum, praising the outcome of the country’s efforts and highlighting its “excellent” performance. In his meeting with the President of the Hellenic Republic, Prokopis Pavlopoulos, the EC President also stressed that he never thought that Greece would leave the Eurozone. 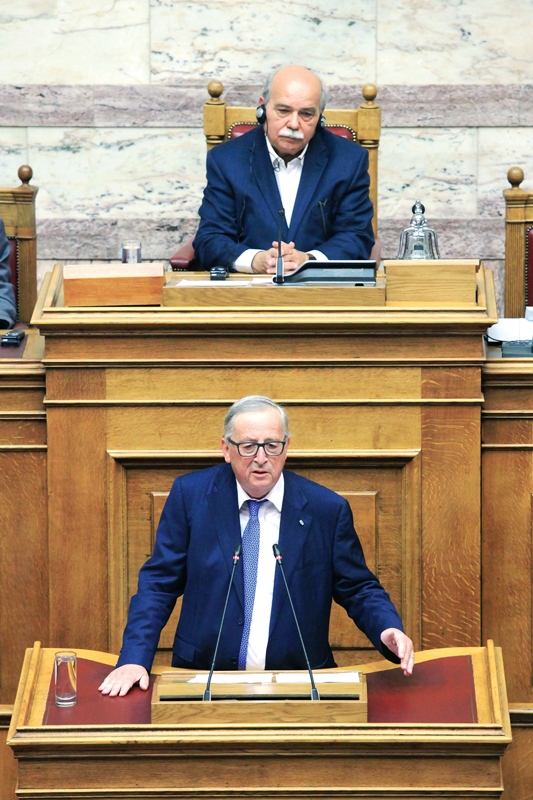 In a speech before the Hellenic Parliament the European Commission President expressed optimism about Greece’s economic recovery and called on its European partners to honour pledges for debt relief.

Mr. Juncker praised the fiscal adjustment Greece has achieved and appealed to the Government to continue reforms and not waste “all the hard work that has been done.” Action must be taken to tackle the “ailments that have cost your country so dearly,” he said, stressing the need for “healthy banks” and a crackdown on corruption. In return for reforms, however, Greece’s European partners must “honour their commitments regarding debt measures,” he said.

Earlier in the day, following talks with President Prokopis Pavlopoulos and Prime Minister Alexis Tsipras, when he declared that Greece was his “second home,” Mr. Juncker said there would be no precautionary credit line following Greece’s scheduled exit from its third international bailout in August. “Before the end of the summer, Greece will be a normal country, like the rest of the countries in the eurozone.” He noted that the final bailout review should be completed quickly so that “we can focus our attention on the debt.”

On his behalf the Greek Head of State stressed that “I want to assure you that the majority of the Greek people support Greece’s course in the European Union and recognise your decisive contribution to helping it remain in Europe and the eurozone, even at a very critical juncture.”

Speaking at a briefing beside Greece’s Prime Minister Alexis Tsipras, Mr. Juncker also said that he expected Greece to be “a normal country” by the end of the summer. 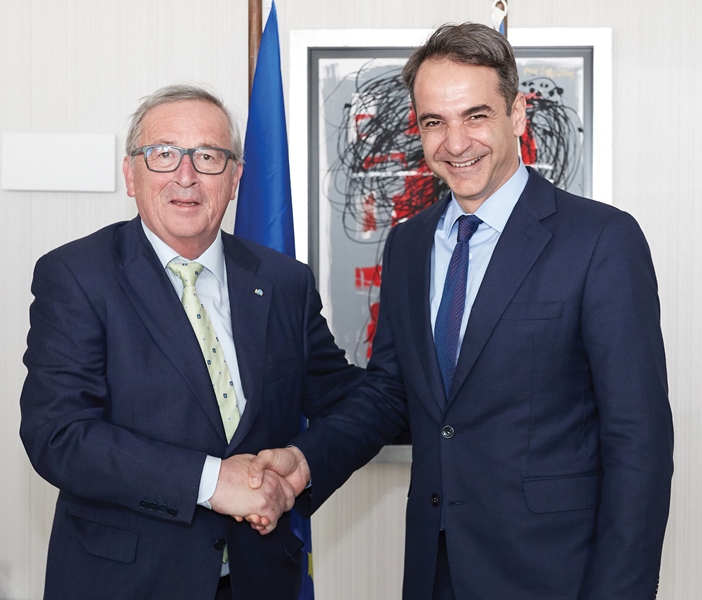 Greece is due to exit its economic bailout programme in August, although disagreements persist as to how much supervision the country will be subjected to by international creditors. “We want to apply every effort to ensure that the exit of Greece from the bailout is a clean one. And that there will not be any precautionary line [of credit],” he said.

According to sources, Premier Tsipras’s talks with with the EC President focused on the post-bailout situation Greece is likely to face.

“We are very pleased to welcome Mr. Jean-Claude Juncker to the Greek Parliament. In three years, our country will celebrate its 200 years of independence and our Parliament, one of the oldest in Europe, has experienced happy and dramatic moments,” the House Speaker Nikos Voutsis stressed, adding that Mr. Juncker is the first official of the European Union to address the House of Representatives. “Your discussions with the State and political leadership of our country give us a high symbol of support from the European Commission at the final stage of the country’s exit path from extreme memorandum commitments,” the House President said.

Mr. Voutsis also referred to the positive contribution made by the President of the European Commission “to address the great refugee crisis while respecting the principles of International Law, solidarity and humanity, as opposed to the indifference or the open undermining of this policy by leaders from other member states.” 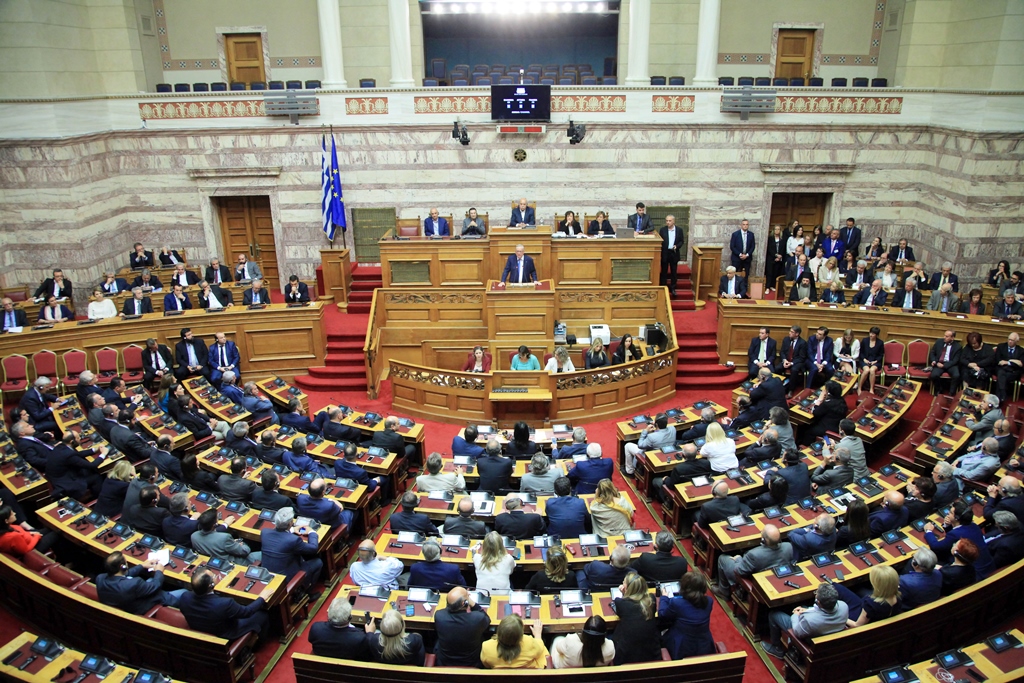 “Throughout my political life, I have remained a friend of Greece when many have not hesitated to express their desire of Greece to leave Europe,” the President of the European Commission stressed in his speech, stressing that “it opens a crucial chapter for Greece and Europe. Greece and Europe are going together and only that makes sense.” “Greece can now lift its head and turn a page in its history. It is opening a new chapter in Greek history; a crucial point for Greece and Europe. Europe without Greece is an incomplete structure. But Greece without Europe would merely be just another country, while in reality it is not any other country,” he said. “Greece is a great nation, one that we Europeans owe a great deal; Greece is one of the axes of stability in the Balkans,” the EU Commission President said during his special session address in Athens. 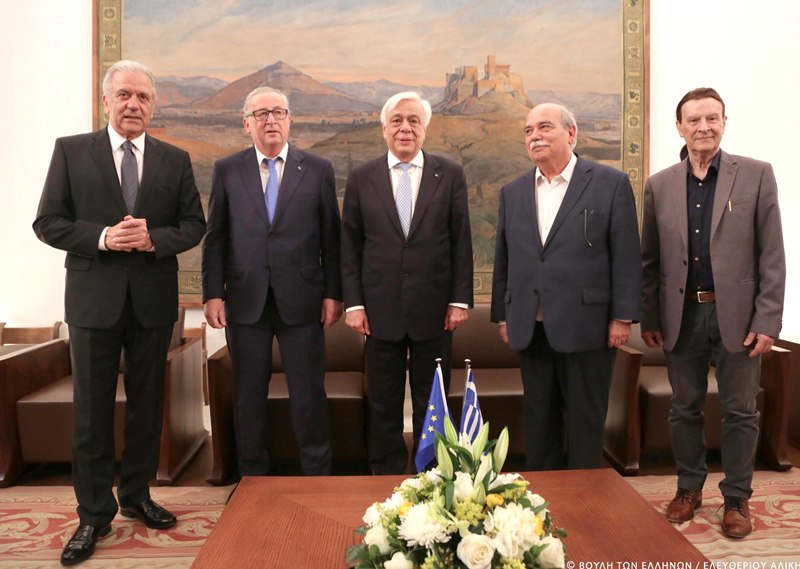 He told the Hellenic Parliament deputies and attending political leaders that “we cannot leave Greece alone to manage the migrant crisis,” while also touching on another sensitive issue that has further strained Greek-Turkish relations: the continued incarceration of two Greek soldiers in the neighbouring country.

Mr. Juncker called on Ankara to release the two Greek soldiers who have been in a Turkish prison since early March and to stop its illegal activities in the Eastern Mediterranean. “The Greek soldiers in Turkey must be freed and the country must respect International Law,” he said.

In other comments from the Greek Parliament’s podium, Mr. Juncker praised what he called the Greek people’s will and perseverance, adding that he is moved by the fact that he is the first Commission President to address “the representatives of a people I so love.” 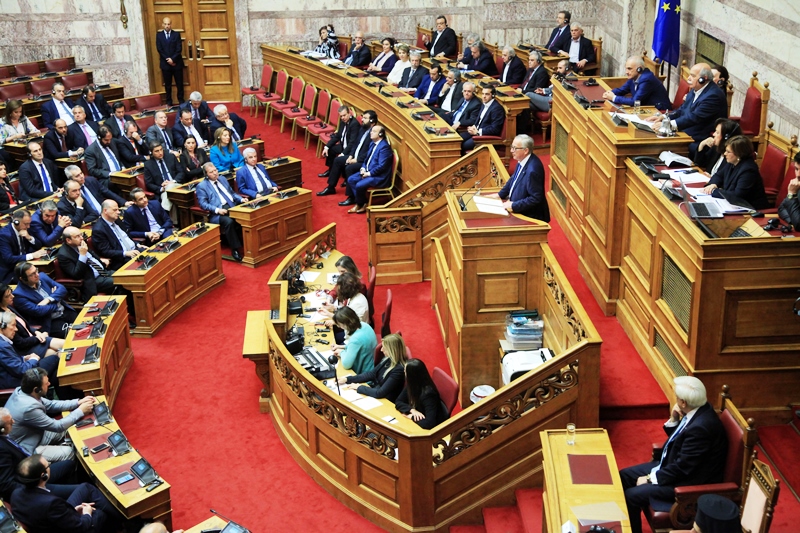 In other statements, he also touched on the wider region, saying the western Balkans need a European prospect in order to not repeat the tragedies of the 1990s. “We must not again experience the tragic events that prevailed in the Balkans in the 1990s. Especially the differences at the borders must be resolved before there is any accession. When the Commission proposes the start of the accession negotiations for Albania and fYROM, this does not mean that a date for accession has been given or even raised. We must not rely on unrealistic announcements. All will be judged using objective and specific criteria based on their values. In the case of Skopje, I must underline the urgency of finding a solution to the problem.” “Everything will be judged objectively. For fYRoM, when I visited the Parliament there, I said that I could not provide a solution. I can only say that there is an urgent need to solve the name issue between Athens and Skopje,” he noted.

On migration flows, Mr. Juncker underlined that “we can’t leave Greece to handle the issue on its own. There are countries in the EU that do not care about the issue, who believe it does not concern them. However, they have an obligation to show solidarity toward Greece and offer their assistance. Commissioner Avramopoulos’ contribution in this area has also been very important,” he added.

Mr. Juncker further stressed that “Greeks showed the entire world that they know how to make history. They refused to bow their heads and became architects and not slaves of history. I have always remained a faithful friend of Greece, even when there were populists and demagogues in Europe who wanted the country to leave the Eurozone; I always spoke openly and sincerely to the Greek people, respecting their dignity.”