A familiar sound and sight in central Athens – Tsarouchia 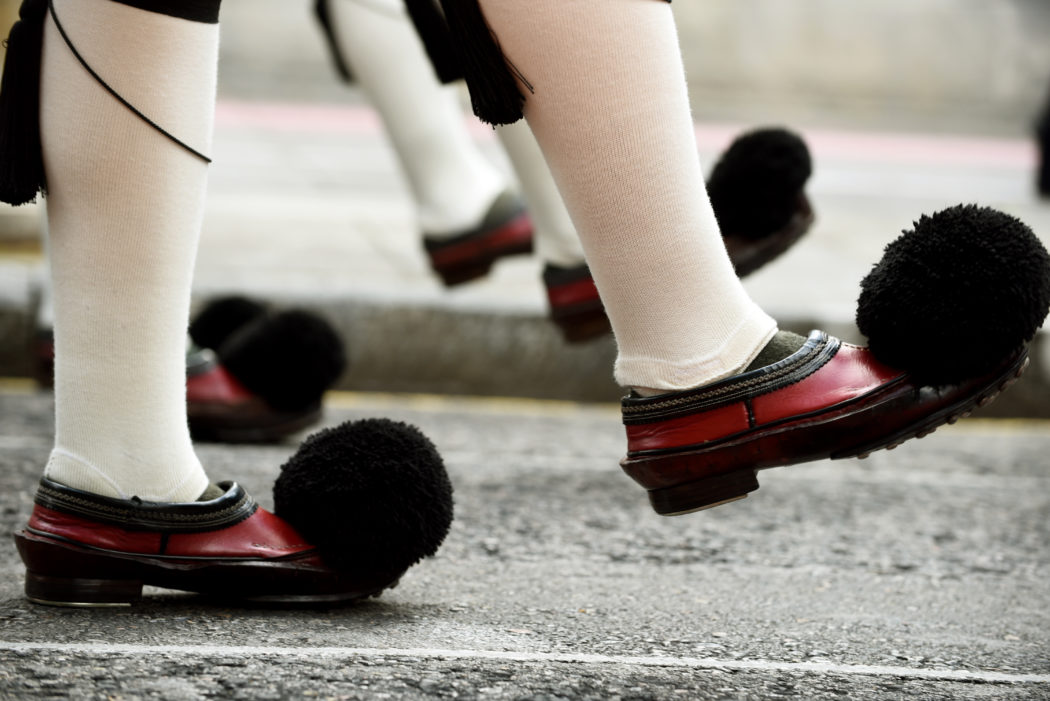 A tsarouchi (Greek: τσαρούχι; plural: τσαρούχια) is a type of shoe, which is typically known nowadays as part of the traditional uniform worn by the Evzones of the Greek Presidential Guard. 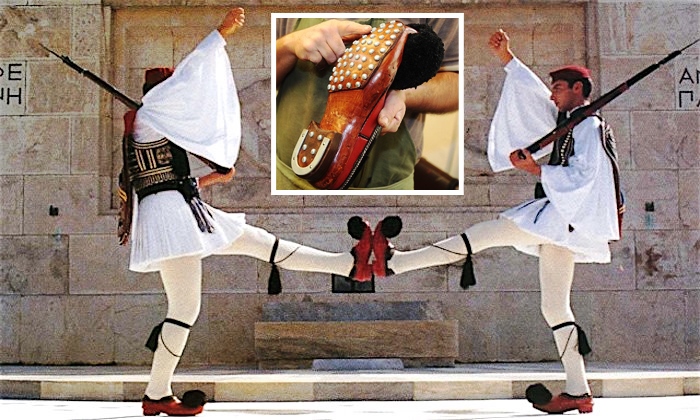 Their origin is obscure and goes back to the Byzantine times, with influences from styles imported by neighbouring tribes. Originally, various types of similar shoes were worn all over the Balkans, but tsarouchia are mainly associated with the Greeks. They were the most common footwear worn by both urban and rural Greeks, mainly men, but also many women.

After the Greek Independence in early 19th Century, their use was limited to isolated rural areas and nomadic populations. In a version with reinforced sole, they remained the issue boot for the Evzone units well into the 20th Century, though after the First World War were gradually replaced in active service by the standard laced boot.

Tsarouciia provide a clear link with the origin of the Evzone uniform in the traditional Greek costume and with the fact that Evzones were largely enlisted from rural mountainous regions of Greece. Nowadays they are almost exclusively used by the Presidential Guard and in various traditional festivals and dances along with other traditional Greek garments.

Tsarouchia are typically made of a number of pieces of stiff leather hand-sewn together. They have a characteristic pointy nose, usually covered by a large woollen pompon. The latter was a relatively late addition, originally a way of making the shoe nose waterproof, but increasingly becoming an essential feature for their decoration.  Simpler versions also exist, made from one piece of leather held in shape with thongs (a very common type found everywhere in the Balkans and Anatolia, e.g., Opanak or Charvuli) and without any decoration.

Tsarouchis (Τσαρούχης) is also a Greek surname, with Yannis Tsarouchis being the most famous person bearing it. 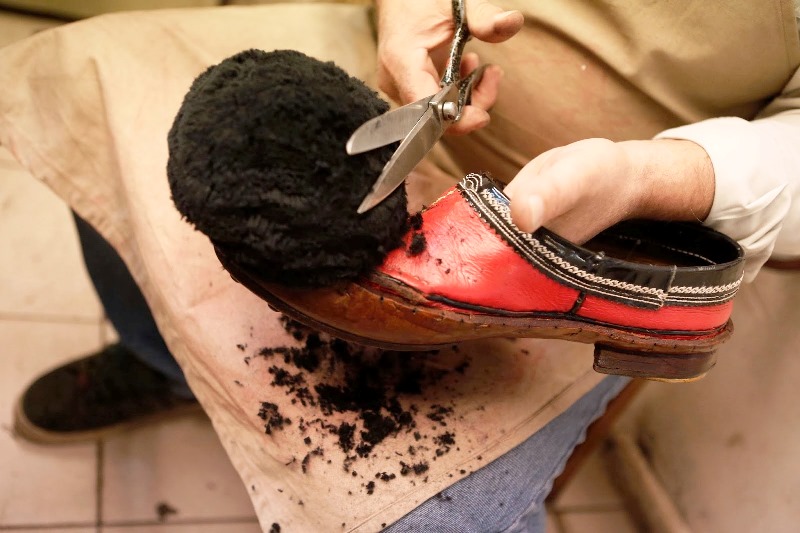 The shoes are completely handmade from hard red leather requiring over 600 stitches, with construction taking about a week. In the sole, depending on the size, there are 60 to 120 nails. This makes the Evzones movement particularly striking, especially at the time of the Steps. On average, each shoe weighs 3.5 kilos. Due to the toll that the tsarouchi receives with the heavy steps of the Guard, each shoe lasts around five years even with constant maintenance.

The most characteristic piece is the black tassels that end up in the shoe’s tip. At the time when the Evzonian Battalions were battlefields of the Greek Army, the tassels hid a sharp object that they used in battles.

Apart from the shoe, the uniform also consists of the gaiters, the red boots and the 1821 sabre of the officers, the inside garter holding the stockings in position and the fringe.

We welcome readers to send us their photos to highlight, reflecting their life in Greece