Minister of Foreign Affairs carries out a tour of Asia

An upgrading of bilateral political dialogue and potential investment sought 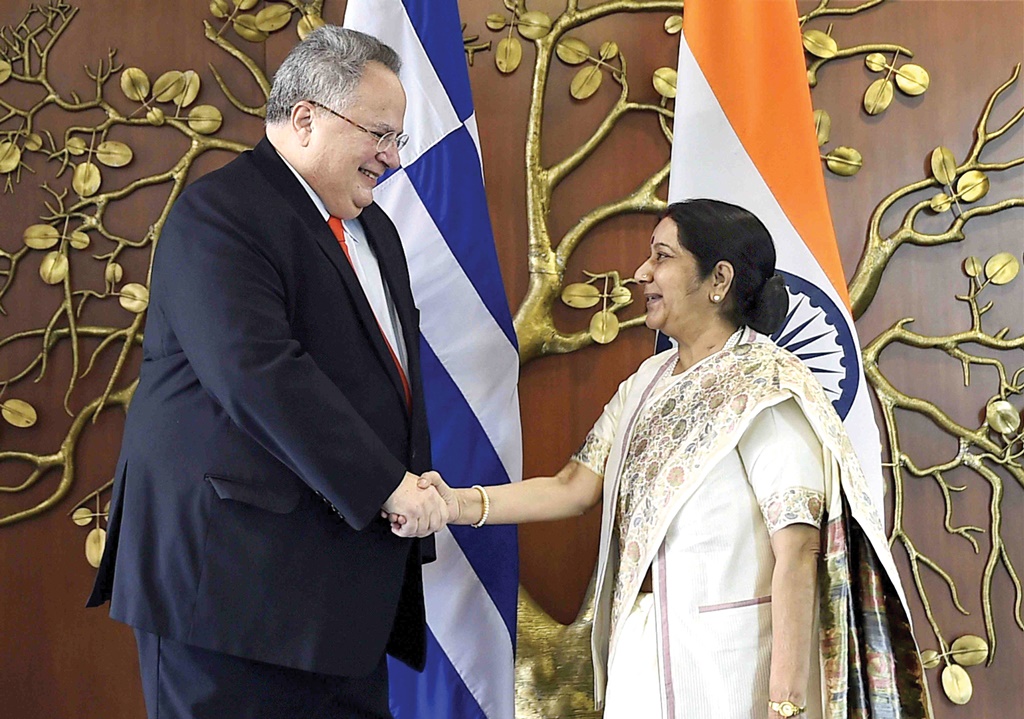 Minister of Foreign Affairs, Nikos Kotzias carried out a tour in Asia and visited India, Singapore and South Korea, as part of the multidimensional and active foreign policy of Greece which seeks to upgrade bilateral political dialogue and sound out potential investor interest.

The trip started in India, where relations are at a good level but with significant prospects for further improvement. Minister Kotzias and India’s External Affairs Minister Sushma Swaraj signed an Air Services Agreement to facilitate the launch of the first direct air service between the countries. The air services agreement will allow Indian airlines to operate to Athens, Thessaloniki and Heraklion, while Greek airlines will be able to launch services to major Indian cities. At present there is no direct air connectivity between India and Greece. The two countries also signed a Memorandum of Cooperation in the renewable energy sector during the visit.

Minister Kotzias also had a working lunch with his Indian counterpart Sushma Swaraj and Indian Minister of State for External Affairs Mobashar Jawed Akbar, as well as visiting the Gandhi Smriti, a museum dedicated to the life of Mahatma Gandhi. The Minister’s talks focused on current affairs and ways of enhancing bilateral relations, including an expansion of tourism cooperation and attracting investments.

The Chief of Greek Diplomacy has expressed Greece’s full support to India’s bid for a permanent membership of the United Nations Security Council, claiming that a new balance of power is emerging in the world.

“We fully support India for the UN Council, but not other proposals,” Minister Kotzias said while delivering a special address on ‘Greece as a pillar of stability in South Eastern Europe and the Eastern Mediterranean’, organised by the New Delhi based think tank Observer Research Foundation. 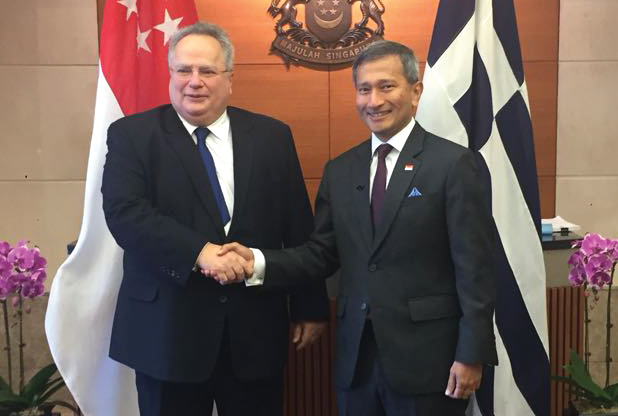 The Minister then made a one-day visit to Singapore, the first-ever visit by a Greek Foreign Minister since the two countries established diplomatic relations in 1966, which comes before the imminent opening of a Greek Embassy in Singapore.

Minister Kotzias had a working lunch with his counterpart Dr. Vivian Balakrishnan where they discussed prospects of improving cooperation in trade, shipping, investments and tourist flow, in light of initiatives like China’s One Belt One Road, as well as other issues. 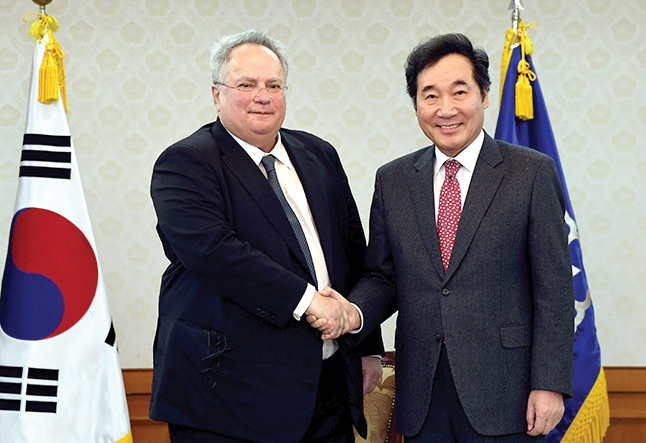 The visit to South Korea was also a first visit by a Greek Foreign Minister, with Minister Kotzias meeting his counterpart Kang Kyung-wha in Seoul. He was also received by the Korean Prime Minister Lee Nak-yon and met with Korea’s Metropolitan Ambrosius.

His talks in Seoul focused on boosting South Korean investments in Greece, especially in infrastructure, tourism and new technology, while both sides emphasised cooperation in shipping and ship building. Athens is also interested in Korean expertise in electronic governance based on a Memorandum of Cooperation signed in October 2017 when the South Korean Prime Minister visited Greece. 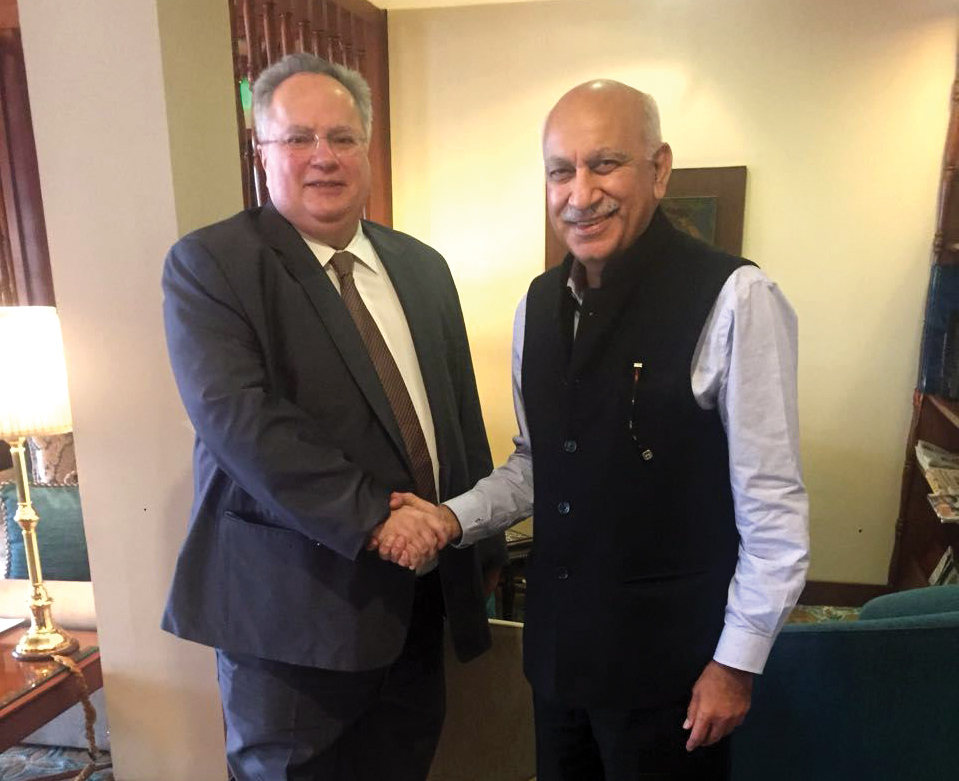 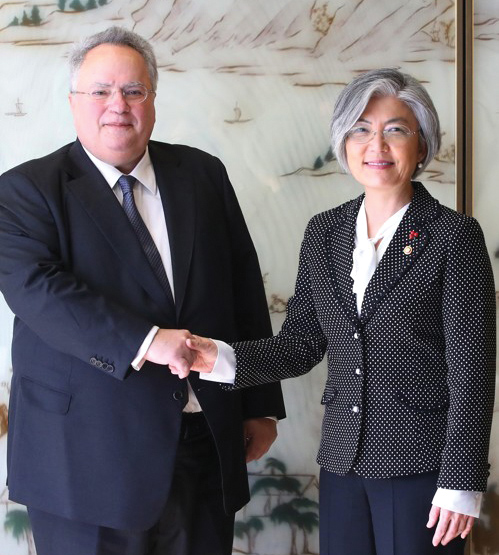