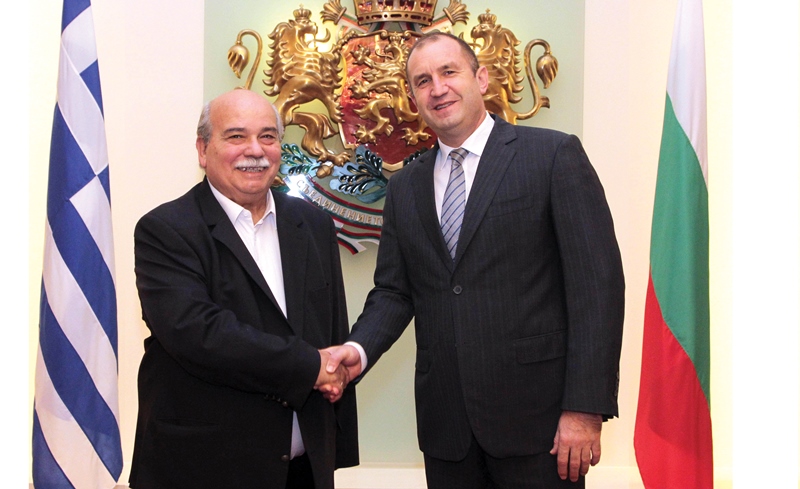 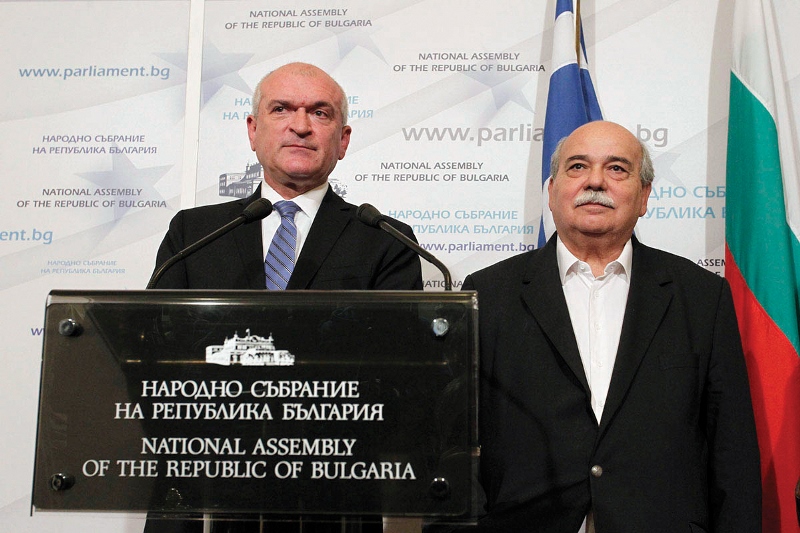 Today Greek-Bulgarian relations are the driving force not only of Balkan cooperation, but also of our common effort to make South-Eastern Europe a core priority for the European Union, said visiting President of the Hellenic Parliament Nikos Voutsis, in his speech before the National Assembly of Bulgaria. Mr. Voutsis was in Bulgaria on an Official Visit upon the invitation of Dimitar Glavchev, Speaker of the National Assembly. The programme of the Official Visit also included meetings with President of the Republic of Bulgaria Rumen Radev (pictured top right) and Deputy Prime Minister Tomislav Donchev. The Greek Parliament Speaker also made a speech in the plenary hall of the Bulgarian Parliament and talked to the Speaker of the National Assembly and MPs.

Greece will stand side by side with its neighbour during the Bulgarian Presidency of the Council of the EU and provide any support emphasised Mr. Voutsis. “During the visit of the Parliamentary Foreign Policy Committee to Athens, planned for the end of October, we will exchange opinions on EU policy focusing on the issues of the common foreign and security policy and the common defence policy, which will be put on the table during the Bulgarian Presidency,” he explained. We have to work towards strengthening discussions on the EU accession of the Western Balkan states he also said, adding “thanks to our experience as EU Member States, we can offer expertise to our neighbours and contribute to the rapid progress of negotiations.” In his words, it is important that Bulgaria and Greece work together to prevent the EU from becoming a union of concentric circles and regional unions of states, with constant inequality and social disparities.

During the Bulgarian EU Presidency, Balkan issues will become more prominent and visible to Europe, said the Speaker of the Bulgarian Parliament. The successful and fruitful cooperation between Bulgaria, Greece and Romania has set the beginning of a Balkan group within the united EU, added Mr. Glavchev (pictured right addressing the press), noting that the three countries would be the core of a future Balkan group in view of the European prospect for the Western Balkans, which has been set as a major priority of the Bulgarian Presidency of the Council of the EU. 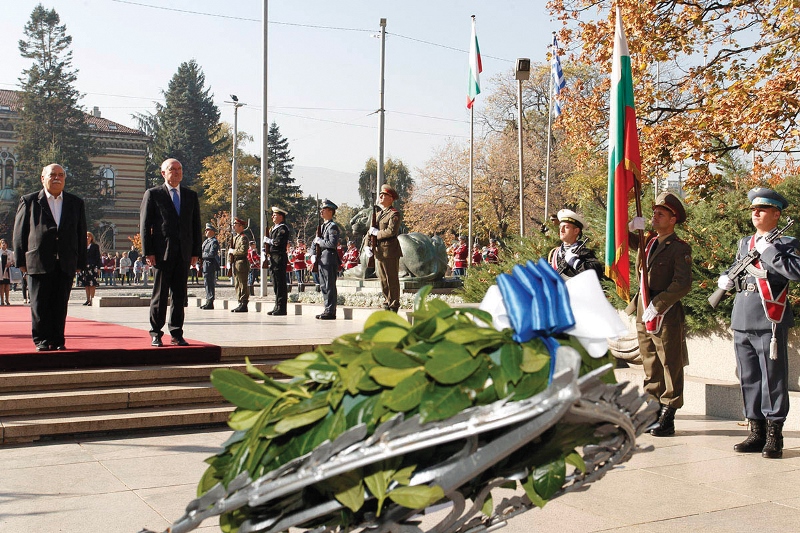 “At the talks with my Greek counterpart we were happy to acknowledge the wonderful relations between the two countries, outlined common problems which called for common solutions, also acknowledging the excellent relations between our nations,” said Mr. Glavchev. When two nations are connected, it is the politicians’ duty at least not to stand in the way, and with regard to Bulgaria and Greece, politicians facilitate closer ties, said the Speaker of the National Assembly. In his words, the latest agreement on a multimodal transport corridor, connecting the Danube from Russe, through the Black Sea at Varna to Alexandroupoli, Kavala and Thessaloniki, is a symbol of such a connection.