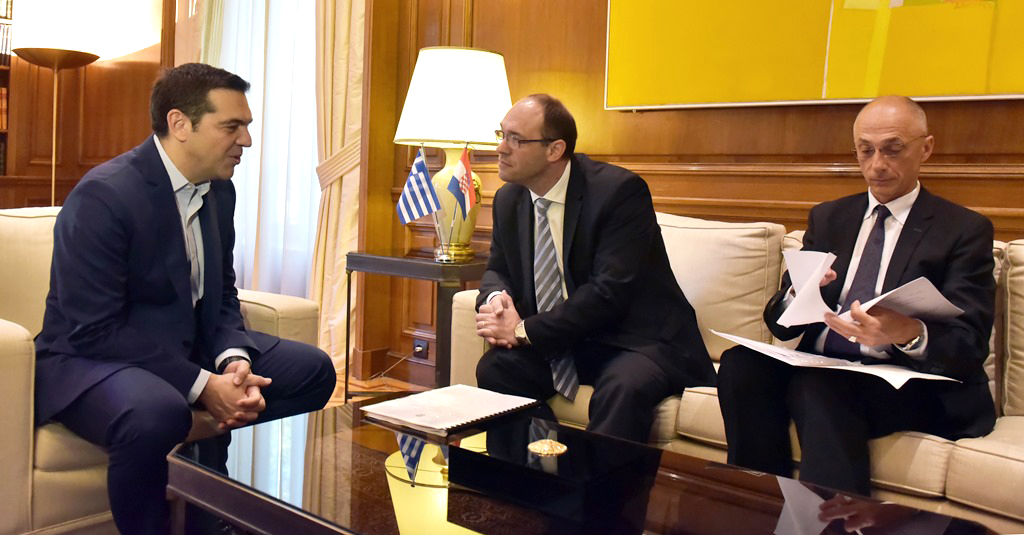 Ministers Kotzias and Stier signed a three-year Programme of Cultural, Scientific and Educational Cooperation, which arranges for organising exhibitions, exchange of students, scientists and artists, as well as diploma and degree recognition. 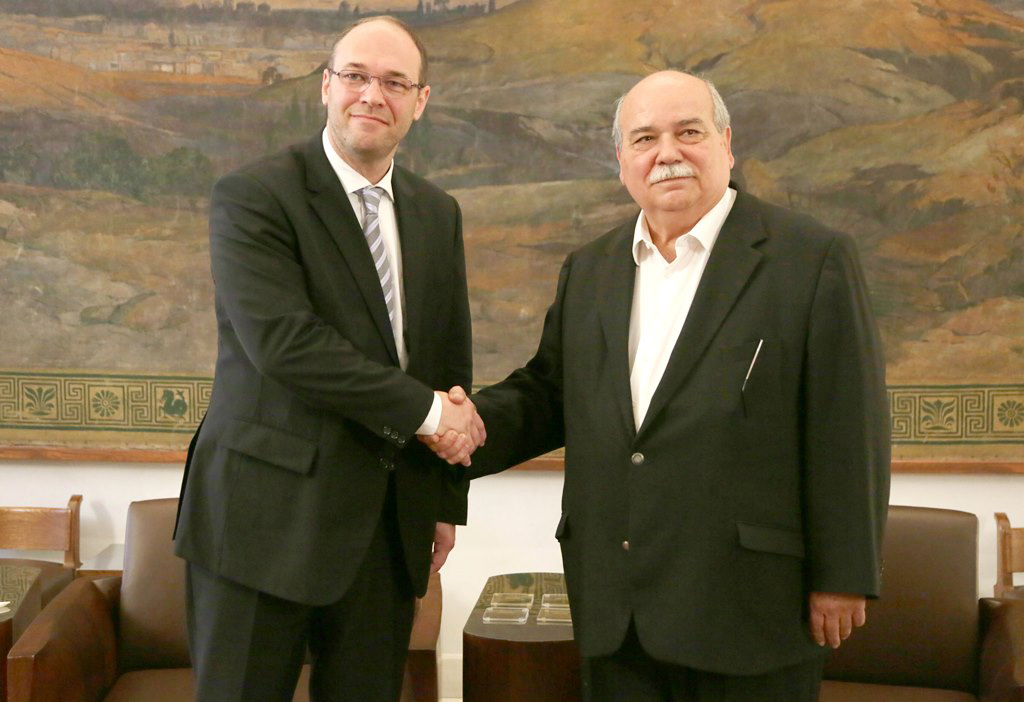 During a joint press conference with his Croatian counterpart, the Greek Foreign Minister announced that he intends to invite his new counterpart in the Former Yugoslav Republic of Macedonia (FYROM) to visit Athens in order to “explore ways to intensify our cooperation and overcome any problems through a culture of democratic consensus.”

Replying to questions, Minister Kotzias said that he had spoken with the new Prime Minister in Skopje several times and informed him of his intention, as soon as the new FYROM Government receives a vote of confidence in the country’s Parliament.

Greece cared about preserving FYROM’s unity, integrity and stability and ensuring it has a better future, he said. A solution of the name dispute with Greece in a creative and democratic way will assist and facilitate FYROM’s future course, he added. “I always say that history must be a school and not a prison. We want to spring our northern neighbour from the prison it has locked itself into and want FYROM to understand that political consensus and compromises are elements of European culture, both in domestic political life and in our neighbourhood,” he noted. 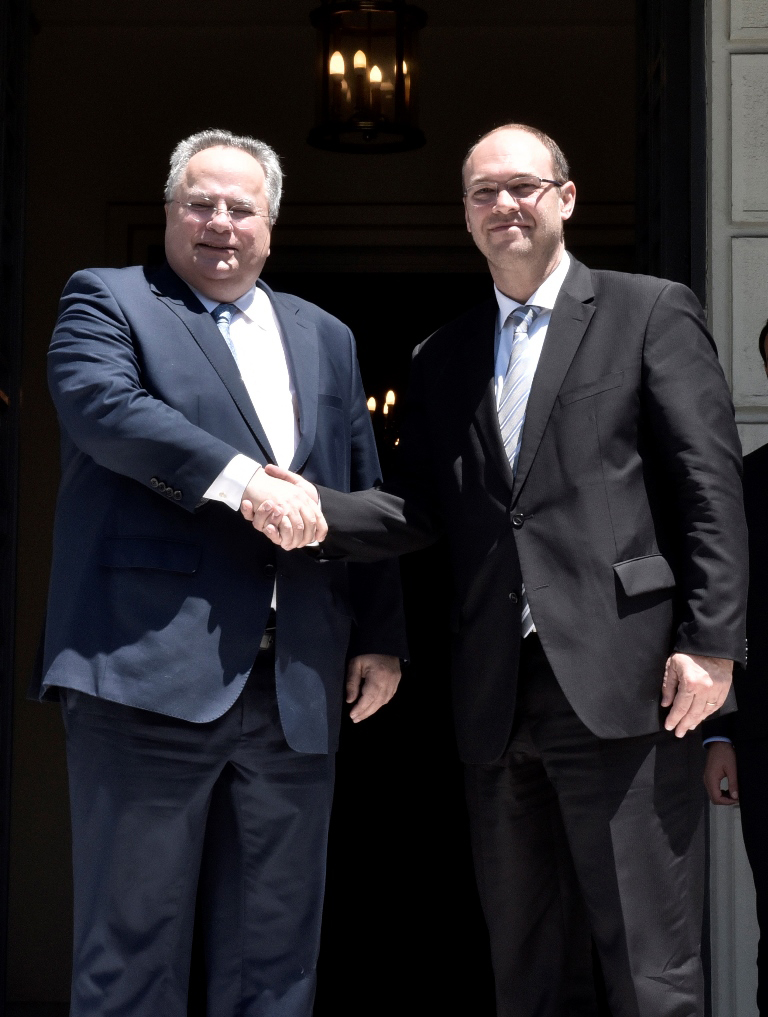 The Foreign Minister expressed hope that it would be possible to solve the problems, implement confidence-building measures and find other areas of cooperation.

On his side, Minister Stier said there are plenty of projects, mainly in the economic sector, on which the two countries could cooperate and welcomed the planned meeting of the Greek and Croatian Chambers of Commerce next autumn in Zagreb where they will discuss the promotion of joint projects in tourism, infrastructure and energy.

The Deputy Prime Minister and Minister of Foreign and European Affairs also hailed Greece’s role in the European Union Strategy for the Adriatic and Ionian Region to which Croatia “places great importance”.

“The common interests of Greece and Croatia for the support of stability and the European prospect of all the countries in the region who are candidates for EU accession, or who may become candidate countries, is something that requires good coordination from us and I believe that today a very positive step was made towards this direction,” he said.

Asked about the situation in FYROM, Minister Stier said it is important that Greece and Croatia support FYROM’s European prospect and that they both hope “the new Government will be focused on issues of European reforms”, adding the two countries have the necessary experience to offer their assistance.

Commenting on a separate question about a flare-up of nationalism in the Balkans, the Croatian Minister noted it is important for the European Union to keep its doors open for all those who are willing to become members and fulfil the criteria.

“The notion of a complete, free and peaceful Europe without artificial divisions finds us in agreement, is something we support; we want peace, stability and prosperity for the whole continent,” he said, while expressing his disagreement with “those who want to create or re-create spheres of influence”.

“We want the European spirit, the European prospect. The spirit of the Thessaloniki Summit should be alive and, as far as Croatia is concerned, we will work closely with Greece on this,” he added.