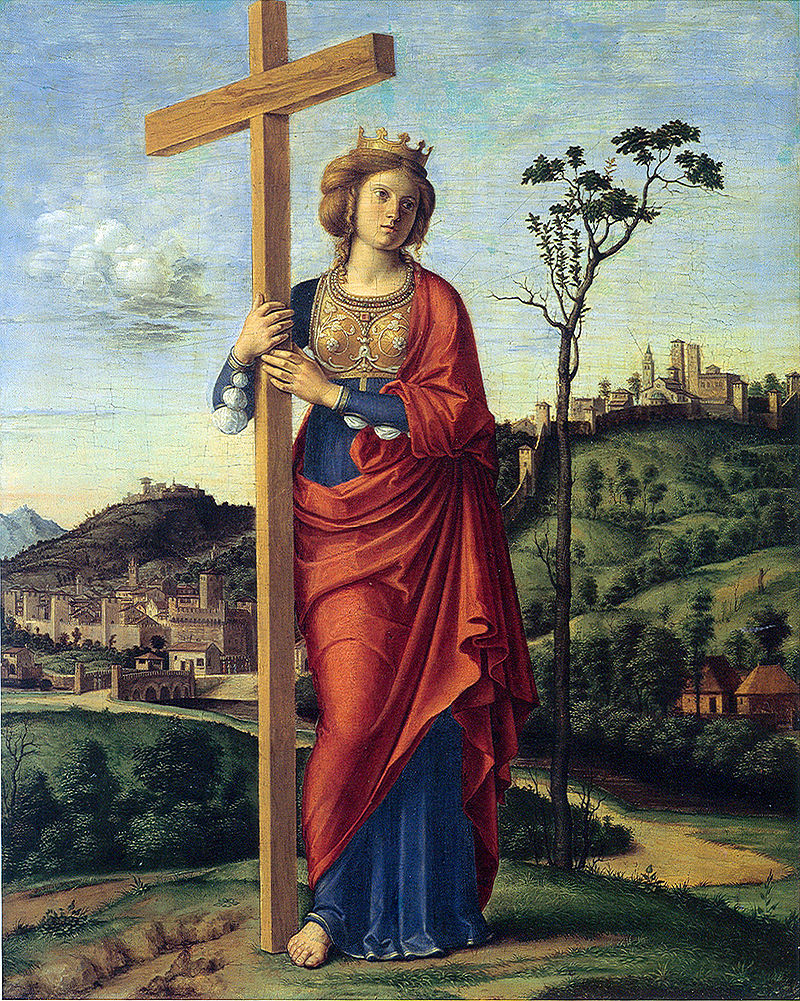 Saint Helena is a revered Saint amongst Christians around the world, particular the Orthodox community, for her tireless work with the poor and her contributions to the early Church. Tradition credits her with a pilgrimage to Syria Palaestina, particularly to Jerusalem, during which she discovered the True Cross. 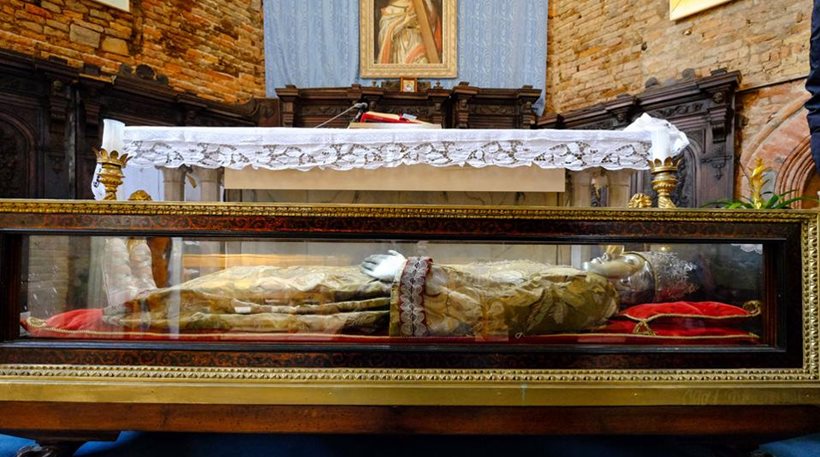 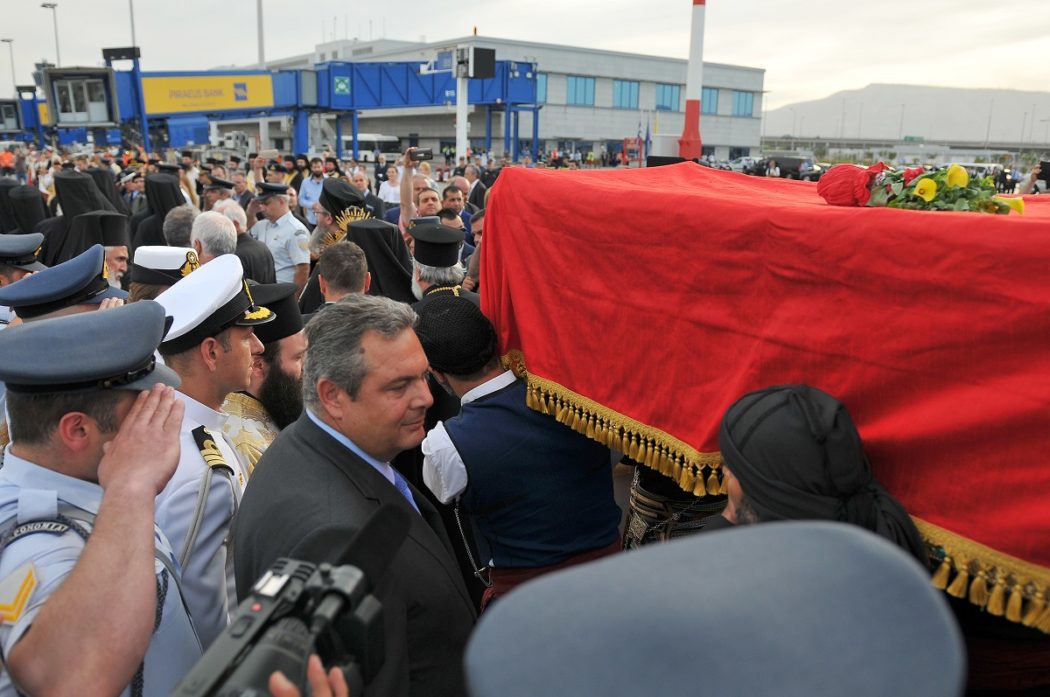 For the first time, the Holy Relics of St Helena will be displayed in Athens together with a section of the Holy Cross. It is also the first time that Holy Relics leave their permanent residence in St Marcus Basilica in the Vatican Museum.

This will be the first time the Relics of Saint Helena, mother of Emperor Constantine the Great, will leave Italy since the Crusades.

The relics will be transferred to Greece upon the initiative of the Apostolic Ministry of the Church of Greece, following the approval from the Vatican for the temporary visit. 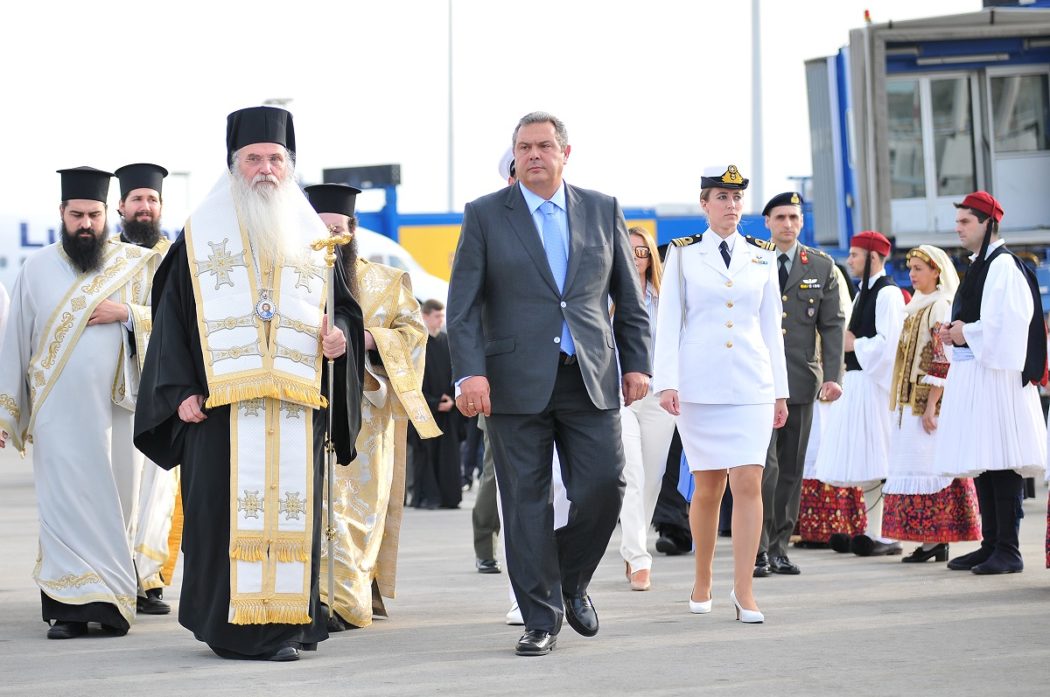 The relics arrived in Athens on Sunday May 14th. They will be exhibited for pilgrimage in the Church of Agia Varvara (St Barbara) in the Egaleo suburb of western Athens/Piraeus until June 15th 2017. Pilgrimage will be possible from the morning until 11pm at night.

The relics were transported to Greece on a special flight and were greeted with great honours usually paid to state leaders, as they take place when the Holy Light arrives from Jerusalem on Eastern Saturday. Present was the President of the Republic Prokopis Pavlopoulos, Archbishop of Athens, Ieronymos as well as local dignitaries and ambassadors from ten Orthodox countries. The convoy to Agia Varvara Church was escorted by police security as thousands lined the streets to pay homage to this much-loved Saint. 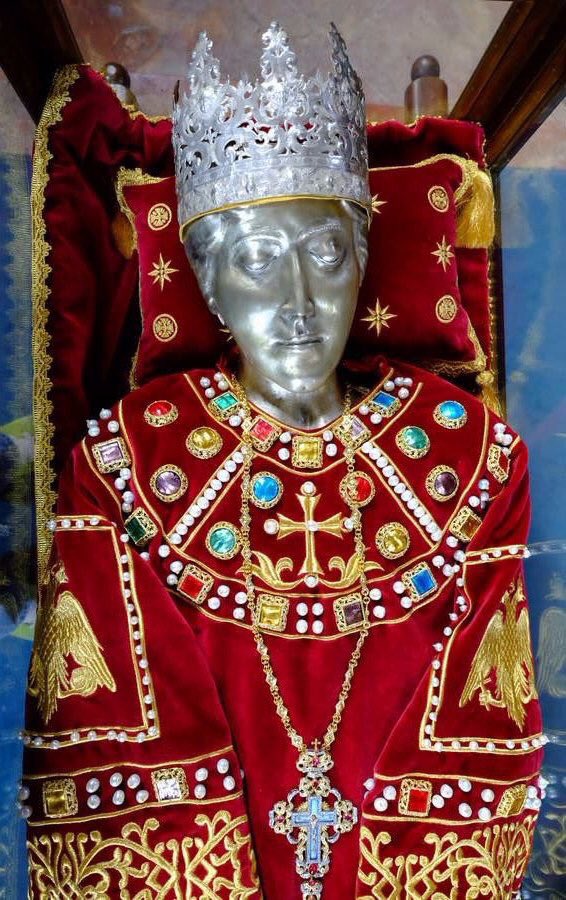 She received the title of Augusta in 325 and died around 330, with her son at her side. She was buried in the Mausoleum of Helena, outside Rome. The porphyri sarcophagus of St Helena is on display in the Pio-Clementine Vatican Museum in the Greek Cross Gallery (Sala a Croce Greca). The coffin, deprived of its contents for centuries, was removed from the Mausoleum of Helena at Tor Pignatarra, just outside the walled city of Rome and ultimately moved to the Vatican museums in the 18th Century. The Sarcophagus is carved in the Egyptian porphyry, used only in the finest Byzantine imperial monuments. Her skull is displayed in the Cathedral of Trier, in Germany.

She ranks as an important figure in the history of Christianity and of the world due to her major influence on her son. In her final years, she made a religious tour of Syria Palaestina and Jerusalem, during which she discovered the True Cross. Pious beliefs also associate her to the foundation of the Vatican Gardens.

St Helen was directly responsible for the spread of Christianity though the Roman Empire and was the first person to bring Christian relics back to Rome.

It is a once in a lifetime chance to see some of the most sacred artefacts of the Christina world in Greece. As thousands gathered in Agia Varvara to attend the welcoming ceremony on Sunday, hundreds of thousands more will pay their respects to the Holy Relics of St Helena and the Holy Cross as it is exhibited until June 15th 2017.

While Constantine was keeping his empire on course, his Christian mother was busy looking for original Christian sites. Determined to find Golgotha, she went to Jerusalem (364-368AD) and after some coercion of local officials, they finally confirmed that the holy site she sought lay under the temple of Venus.

The Romans, thinking they could stop the early Christians from praying at the place where their Saviour died, built a temple over it. The irony being, of course, that the Romans had inadvertently preserved the exact place of the crucifixion by covering the site with a pagan temple.

Tradition has it that when Helen commanded that the temple be torn down; three crosses were found at the base of the rock. There was no longer any doubt in anyone’s mind as to which was the true cross after Helena ordered that a very sick person be laid on each of the crosses.  The cross that cured the person was the Saviour’s.  She took the cross and started home to Constantinople, Constantine’s newly-established capital city, but on the way there, she stopped in Cyprus according to Cypriot tradition.

This description of the discovery of the True Cross is related by Socrates Scholasticus (born 380AD) in his Ecclesiastical History. Constantine ordered Macarius, Bishop of Jerusalem to build a church over the site where the three crosses were found, the site of the crucifixion; that church was the first Holy Sepulchre. Socrates also states that three nails were found that were sent to Constantinople. The Stavrovouni Monastery has one which was left there by St. Helena.

Helena founded the Monastery of Stavrovouni, the Mountain of the True Cross, where she left a small piece of the relic, even the sawdust was treasured. In Kouka a small church is said to contain the sawdust collected when the true cross was cut into pieces.