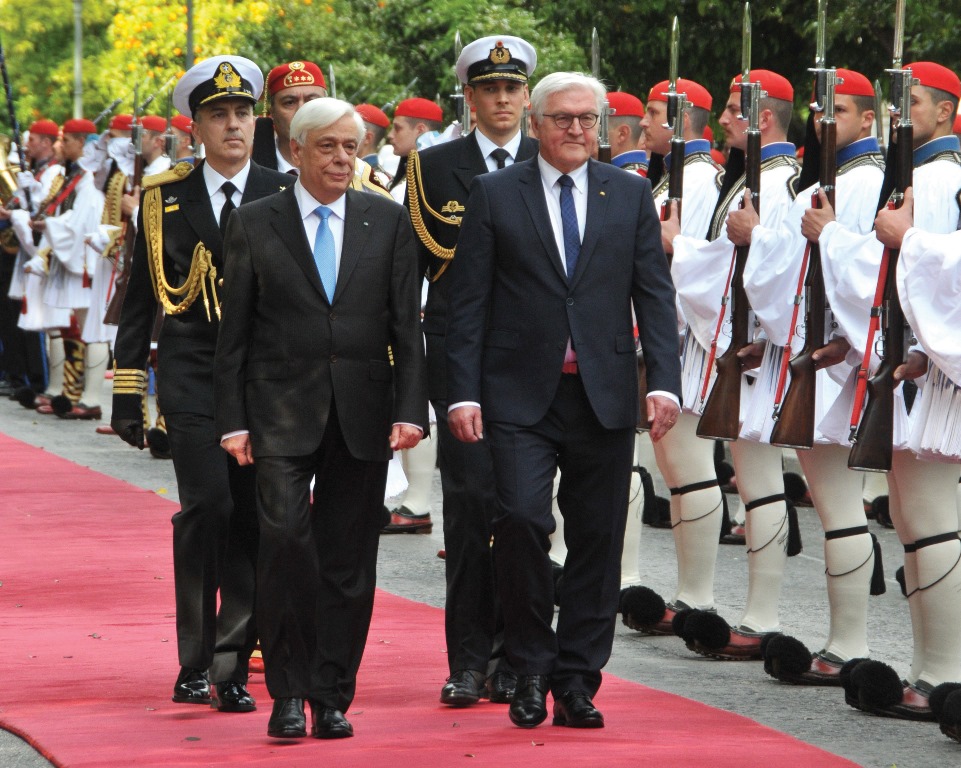 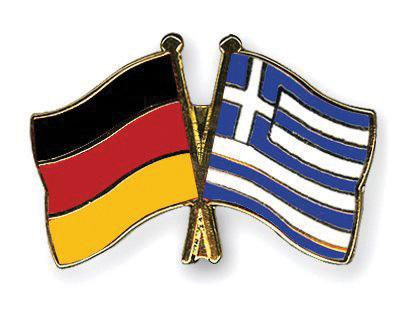 German President Frank-Walter Steinmeier, following an invitation by Greek President Prokopis Pavlopoulos, arrived in Athens on April 7th-8th on a two-day Official Visit to Greece during which, together with his Greek counterpart, opened the international contemporary art exhibition ‘Documenta 14’ in Greece. He also held talks with Greek Prime Minister Alexis Tsipras. 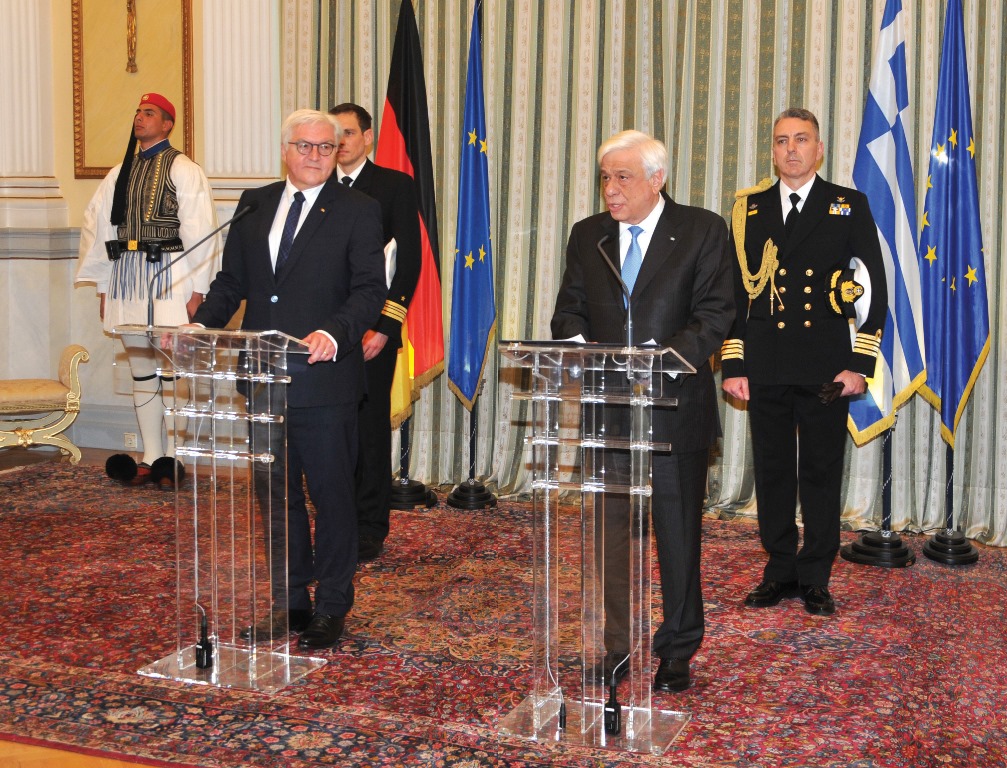 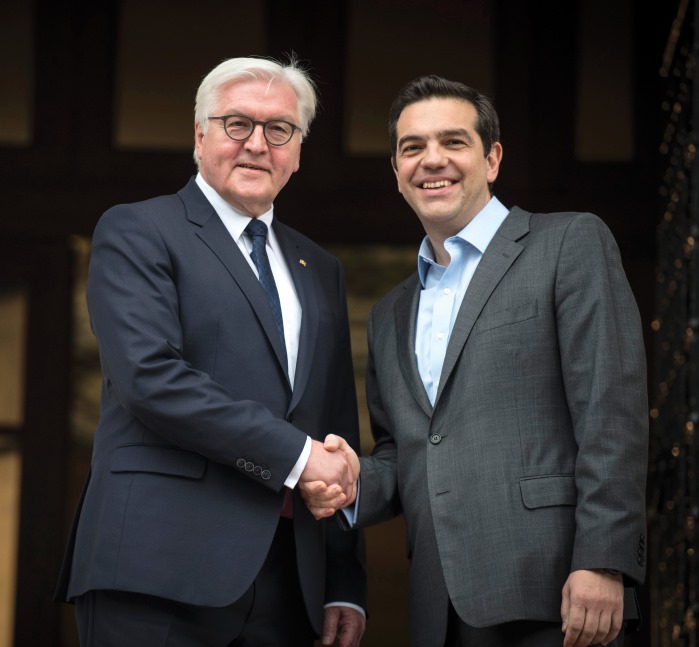 President Pavlopoulos said that this visit takes place at a crucial time for the EU and the Eurozone. “I want to assure you that Greece will overcome the crisis and will remain in the EU and Eurozone. Greece is doing so with the great sacrifices of its people. I believe that Greece’s sacrifices should be taken into account. Greece will meet in full its obligations provided that its partners do the same,” he said as he hailed the Eurogroup decision to approve the return of the institutions to Greece.

Commenting on developments in Syria, the Greek Head of State said that Europe’s mission is to ensure peace and to help end the war, especially in Syria. “The end of the war is not only a question of geo-strategic objectives, but also about the consolidation of peace and humanity,” he said. “Europe must respond to the barbaric terrorism of Jihadists as befits those who commit crimes against humanity.” 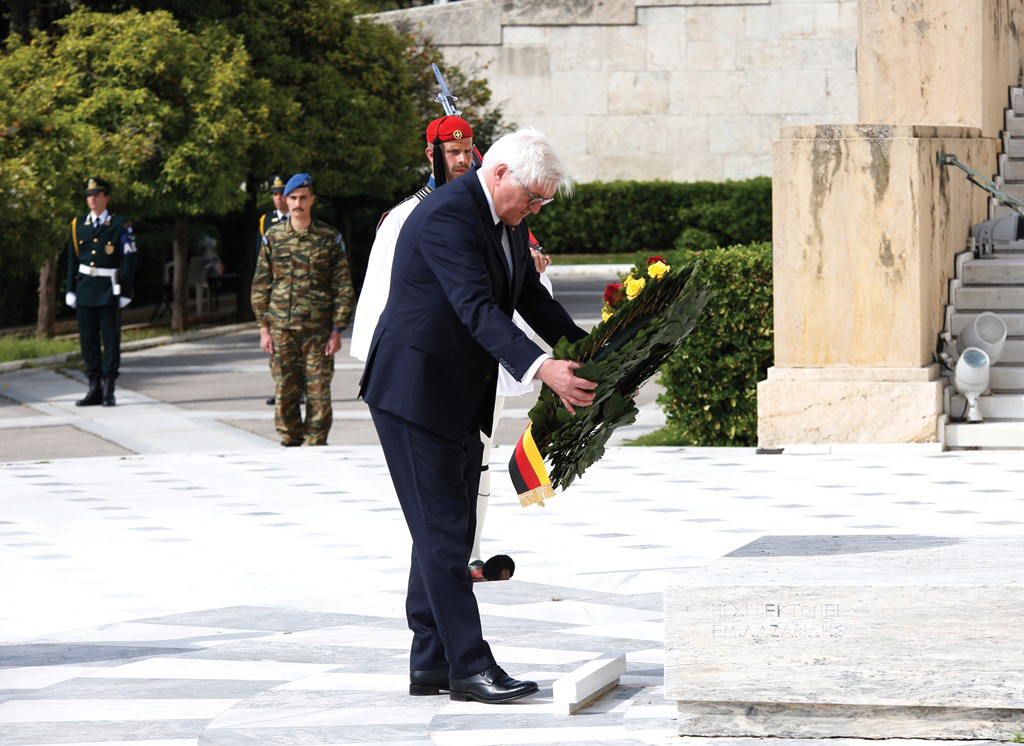 On migration, President Pavlopoulos said it must be handled with humanism and solidarity. “There can be no European peoples with phobias towards refugees,” he said, adding that Europe has to defend people’s basic rights.

“We’re ready to cooperate with all our partners and Germany for a strong Europe, refuting those who rushed to leave Europe believing that it cannot reach its final goal,” he continued, adding that Greece, so dedicated to its European orientation, that it incorporates its national issues into a European framework. He then cited the Lausanne Treaty, saying it defines EU borders and questioning it will not be tolerated. Greece wants to support Turkey’s European path, but this hinges on the full respect of International and European Law. 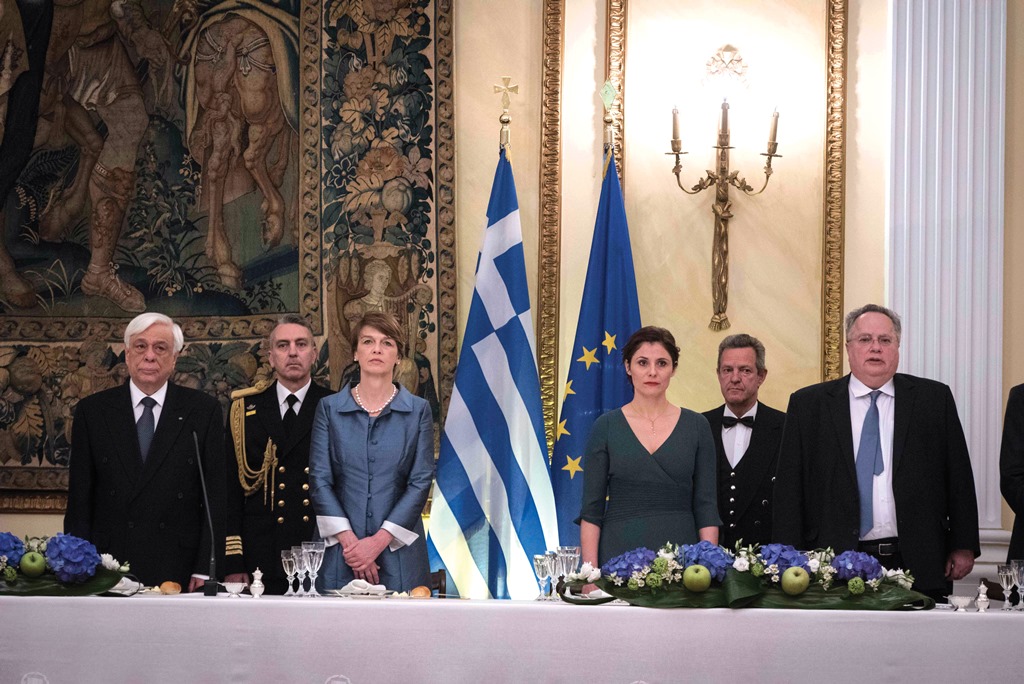 Europe is dealing with an unusual crisis which goes beyond Britain’s planned exit from the European Union and which will not blow over in a few months or years, German President Frank-Walter Steinmeier said in a joint press conference with his Greek counterpart. The remaining 27 Member-States should strive to keep Europe united as “what we considered self-evident may not be so self-evident”, he said.

One way of overcoming people’s indifference for politics is by finding answers to problems which have not yet been answered, he said, noting there is much more activity and discussion in the EU today than two-three years ago.

“It’s important to provide real answers on questions that have not been answered yet. There are issues of domestic and external security. People are ready for consultations and we have to provide answers on migration, growth and employment,” he continued. “The limited consultations between us are no longer enough. We have to provide real solutions to problems and answers that our people so far haven’t heard from us,” he added.

Commenting on the migration crisis, President Steinmeier said the large waves of migration have had consequences on Greece and created additional challenges.

“The answer to all these issues should not just be controlling the EU’s external borders, but a different asylum policy […] we’ll stand by Greece’s side on migration,” he said, adding that Europe must give credit to Greece for the weight it has shouldered. 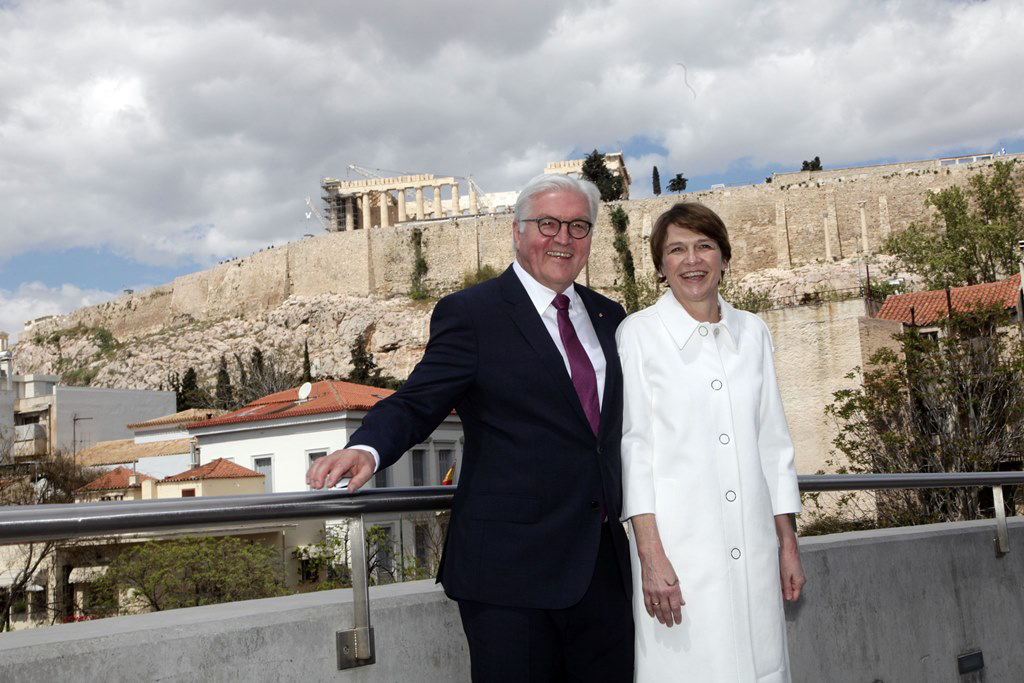 On the economic crisis, the German President said the completion of the review must not monopolise Greek-German relations, adding that he was pleased with the news of a deal between the Greek Government and its creditors. “I hope there will be a comprehensive conclusion of the review to end uncertainty,” he said.

Commenting on ‘Documenta14’, which was inaugurated by the two Heads of State, President Steinmeier said that he didn’t know what he would see at the exhibition, but that he expected “a fresh impetus and different view of our relations”.

Following the Presidential press conference, Prime Minister Alexis Tsipras also received the German President at the Maximos Mansion in Athens, greeting him as a politician that is fighting for Europe’s unity and a good friend of Greece. He noted that art and culture were a bridge that could help unite the Greek and German people, overcoming the recent years’ disruption in Greek-German relations.

On his part, the visiting German President referred to a need to once again “start talking positively about Europe and not consider that Europe is responsible for everything,” especially in the wake of Brexit. 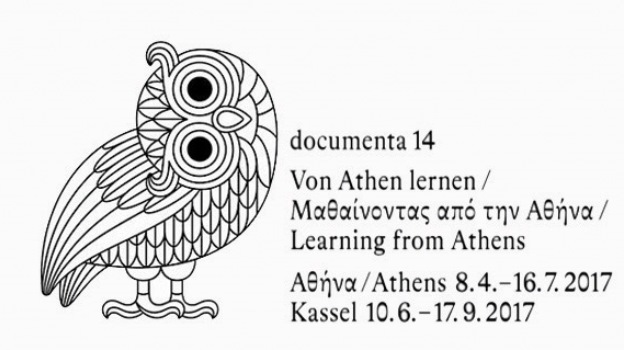 Visitors were invited to wander into small and larger venues to watch the newly-conceived work of hundreds of artists who prepared them for the event.

“What did we learn from Athens? That we all must abandon our prejudices and plunge into the darkness of not knowing. We started with these steps three years ago, preparing ‘documenta 14’ in Athens and we arrived here, at the opening,” Artistic Director Adam Szymczyk said at a press conference.

German President Frank-Walter Steinmeier and Greek President Prokopis Pavlopoulos officially opened the ‘Documenta 14’ exhibition, with the media declaring that it was an opportunity to “get rid of stereotypes, imaginary enemies and other obsessions.” 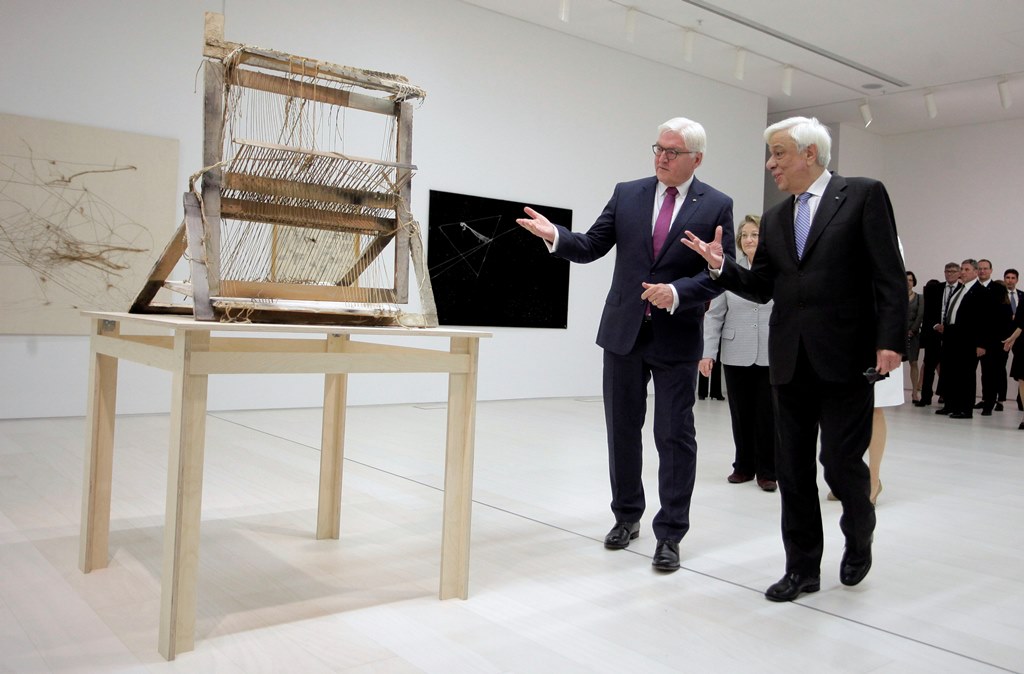 After a small ceremony and a tour, the two Presidents opened the exhibition which was co-hosted by the two countries. The multimedia exhibition which showcased over 160 international artists was being held outside of Kassel, Germany, for the first time since it started in 1955. Held every five years, it is one of the world’s most important contemporary art exhibitions. This year it will take place in both its traditional German home and in the Greek capital, Athens. Both Presidents emphasised the importance of art and culture for European society and politics in their speeches at the Athens Museum of Contemporary Art.

More than 150 artists will present their works, performances and installations in the Greek capital over the next three months. ‘Documenta 14’ runs from June 10th to September 17th in its traditional hometown of Kassel and from April 8th to July 16th in Athens.

Pictured above: President of the Hellenic Republic, Prokopis Pavlopoulos, tenders an Official Ceremony to welcome his visiting counterpart, President of the Federal Republic of Germany, Frank-Walter Steinmeier; the two Heads of State address a joint press conference; Prime Minister Alexis Tsipras welcomes President Steinmeier to the Maximos Mansion for talks; scene during the State Dinner hosted by the President of the Republic in honour of his German counterpart; laying a wreath at the Tomb of the Unknown Solider in Constitution Square outside the Houses of Parliament; President Prokopis Pavlopoulos and President Frank-Walter Steinmeier with the First Ladies Vlassia Pavlopoulou-Peltsemi and Elke Büdenbender; the two Heads of State tour one of the many exhibitions organsied within the realm of ‘Documenta 14’; President and Mrs. Steinmeier pose for a photo on the balcony of the Acropolis Museum.