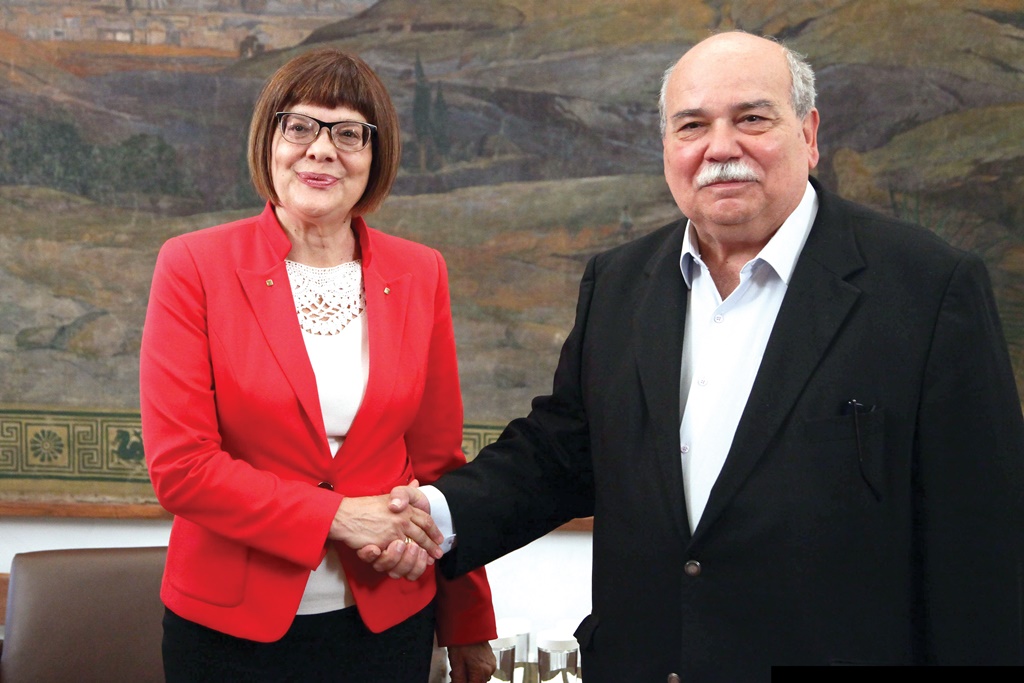 The excellent level of Greek-Serbian relations and the further development of cooperation between the two countries’ Parliaments were reaffirmed by the Speaker of the Hellenic Parliament Nicholas Voutsis and visiting President of the National Assembly of the Republic of Serbia Maja Gojković in Athens on April 10th.

In the course of her Official Visit to Greece, Mrs. Gojković also held a separate meeting with President Prokopis Pavlopoulos in which they highlighted the historically close and friendly relations between the two states and peoples which makes it all the more important to cultivate and advance them. She thanked the Greek Head of State for the sincere support of Serbia’s EU accession, stressing that Serbia is aware that the path is not an easy one, but is dedicated to the talks, opening of chapters and internal reform. She further thanked Greece for continuing to support Serbia in matters of importance and for respecting Serbia’s territorial integrity and sovereignty based on International Law, highlighting the country’s dedication to dialogue. 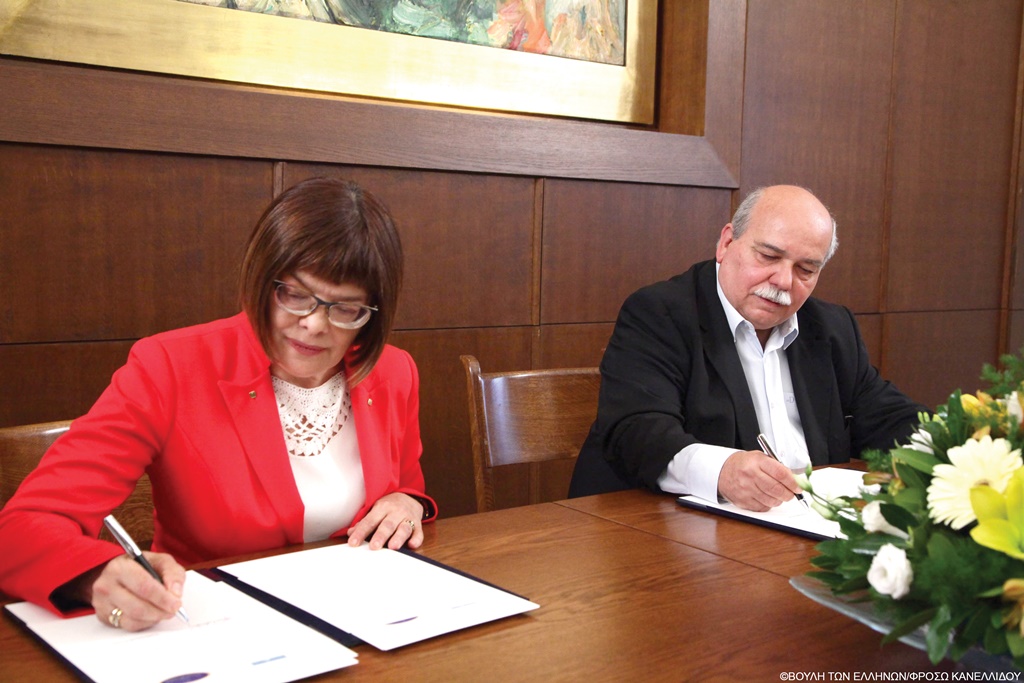 During their meeting, the two Heads of Parliament signed a Memorandum of Cooperation setting up a Parliamentary Cooperation Office to promote cooperation in the spheres of Euro-integration, economy and culture, as well as on a multilateral level through regular meetings.

Addressing members of the press, Mrs. Gojković noted that this was a historic visit since it was the first visit by a National Assembly Speaker to Greece since 1991 and that the Parliamentary Cooperation Office raises the level of Parliamentary relations within the context of 135 years of diplomatic relations and 150 years of the first alliance agreement. The meeting was also attended by Deputy Parliament President Anastasia Christodoulopoulou, President of the Standing Committee on National Defence and Foreign Affairs Konstantinos Douzinas, the President of the Greece-Serbia Friendship Group Maria Triantafillou, Secretary General of the Parliament Konstantinos Athanasiou, Diplomatic Advisor of Parliament Ambassador Spyros Theoharopoulos and the Ambassador of the Republic of Serbia in Greece Dusan Spasojevic. 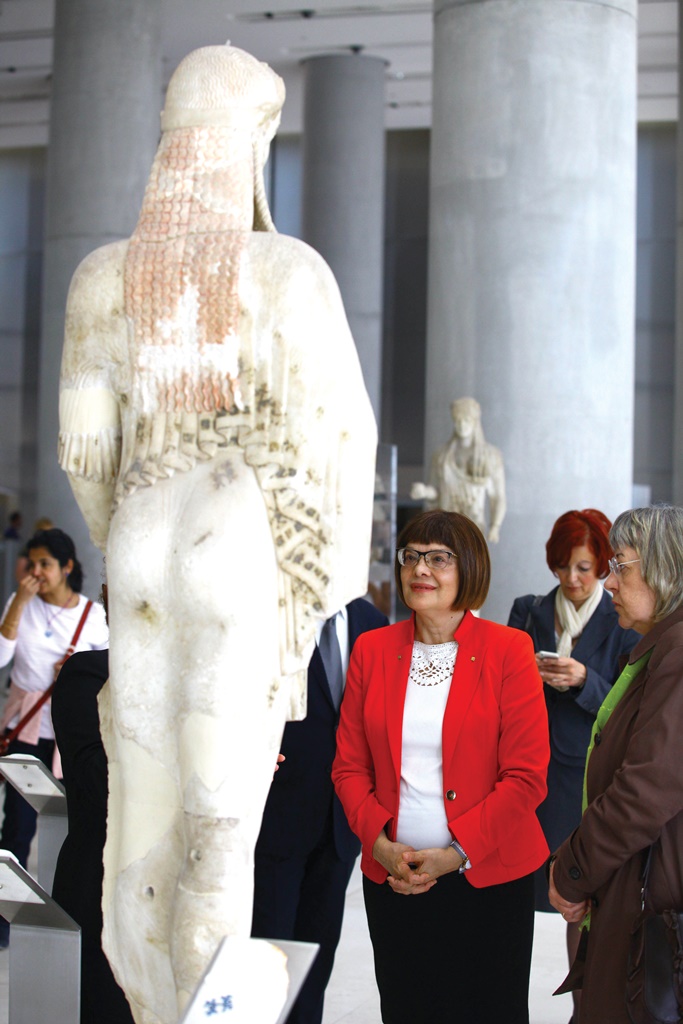 Welcoming Mrs. Gojković, the Speaker of the Hellenic Parliament said: “We are pleased to have with us the President of the Serbian National Assembly because of the very strong relationship which exists between the two Parliaments, as well as between the two countries, a relationship that is constantly upgraded at all levels. Today, we signed an agreement on cooperation between the two Parliaments. We are firmly on the side of Serbia during the EU accession process. We want both countries to be joined in this supranational union, as soon as possible in order to work together on a future European Union, where a new balance of power will work for its bright future”.

On her part, the President of the Serbian National Assembly said: “there is a common desire on both sides for a good and continuous cooperation. The two Parliaments are following the level of relations achieved at intergovernmental level.” She added that the visit of Mr. Voutsis to Belgrade in December 2016 opened the door to promote relations which was concretised by the signing of the Memorandum.

The two Parliament Speakers also discussed the improvement of relations in the fields of economy, energy, infrastructure and tourism and spoke about migration and other challenges in the region, which is why Mr. Voutsis said that “we should be careful and work together to maintain stability and peace.”