“In Greece I found someone who fully shares my view,” says Maltese PM 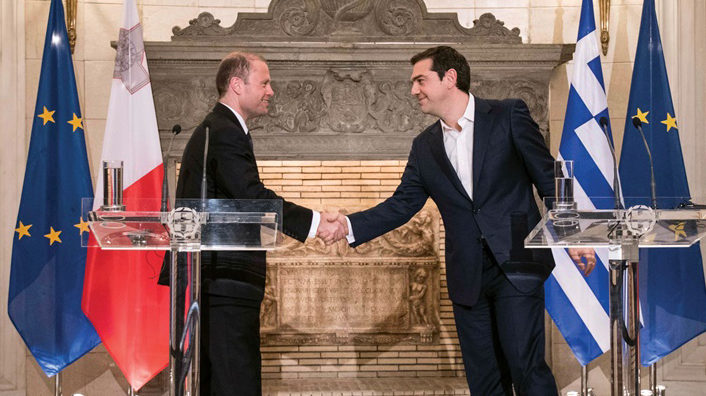 “coalition of the willing” to seek more social Europe

Malta and Greece have pledged to work more closely even in a “coalition of the willing” to seek more social Europe. On March 1st, Prime Minister Alexis Tsipras received his Maltese counterpart Joseph Muscat holding discussions on a variety of issues ahead of the 60th Anniversary of the Rome Treaty. Premier Muscat noted that his country’s EU Presidency has been trying to give both a European and Mediterranean dimension with a special focus on the refugee crisis, stating that what had been started a month ago with the summit of the Mediterranean countries, had already achieved some positive results. 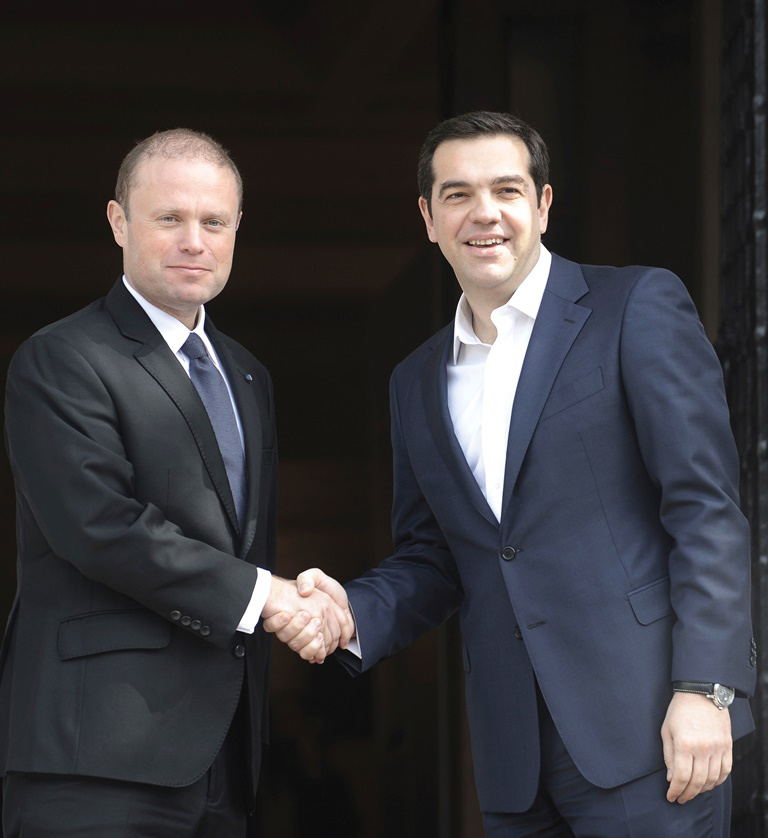 The visiting Prime Minister reiterated that the Mediterranean countries’ gatherings was not a “closed club” and expressed his hope that the summit in Rome won’t be just a celebration, but a basis which will provide guidance for the future.

Referring to the refugee crisis, he admitted that EU countries had been divided, but that now “we have entered an important debate concerning the dimensions of this issue”. Malta, which is a frontline state for migrants, has put forward proposals including that the EU should step up funding for the United Nation’s migration agency to return migrants stranded in Libya to their home countries further south in Africa.

Premier Tsipras stressed that the Mediterranean countries are at the forefront of the challenges Europe is faced with, such as unemployment and the downgrading of labour social rights. He warned that EU values are at stake due to the rise of nationalism “which finds a fertile ground in conditions of economics and numbers,” he stated.

For Premier Tsipras, the rise of Euroscepticism across Europe should be attributed to austerity-driven policies, as well as the democratic deficit as “EU citizens do not feel like participating in the political developments”.

“The European Union is the democratic and social acquis, without which it cannot exist… We are trapped in austerity mathematics, indicators and numbers,” he added.

He underlined that the Rome anniversary should not be a celebration, but an anniversary, which will focus on the reflection and redefinition of the European project in order to be attractive to citizens. 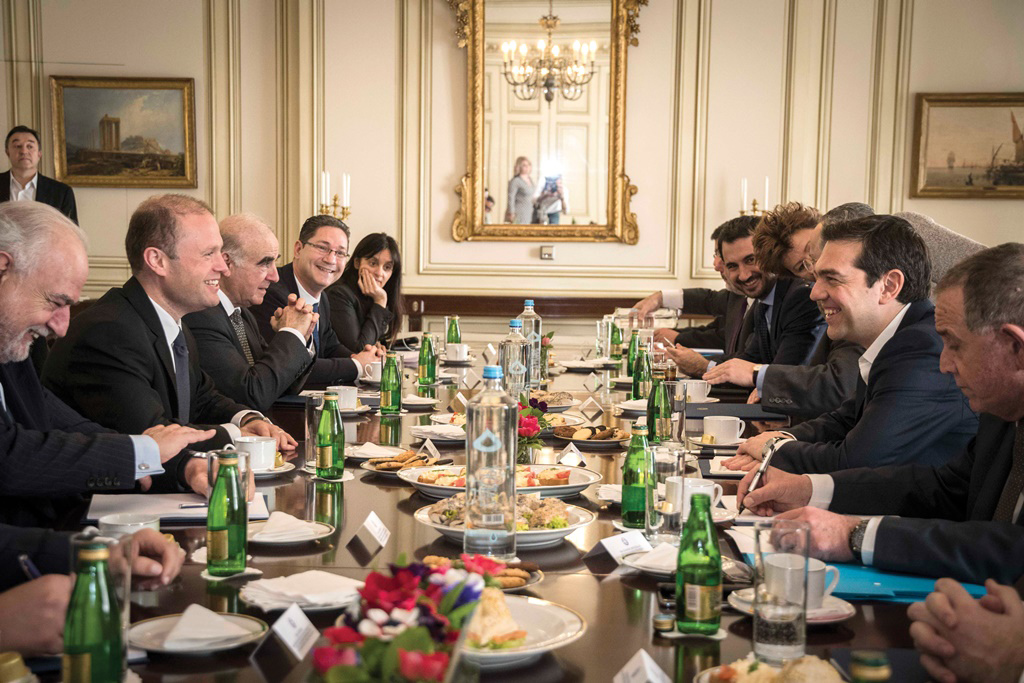 The two leaders also talked about developments regarding the Greek bailout negotiations and the much-discussed conclusion of the second review of the financial programme.

Premier Muscat highlighted that the Greek Government had achieved significant progress and admitted many colleagues in Europe share the view that with the current Government a “serious effort to make things right is taking place”.

He also stressed the need for a social pillar as an integral part of the future of the EU. “In Greece, I found someone who fully shares my view.” The Maltese leader added that there are some member states with different political views and need to be convinced. “There may be a coalition of the willing that wants to take a step forward, in order to have a real vision for better social conditions and less unemployment,” he said.

The visiting Maltese Prime Minister had held meetings in Bucharest before arriving to Athens. He met Romanian President Klaus Iohannis and Prime Minister Sorin Mihai Grindeanu. Dr. Muscat was on a whirlwind tour of European capitals, discussing the agenda of the Maltese EU Presidency with a special focus on a ‘social Europe’ and job creation. Other subjects discussed in the two meetings included solidarity, immigration and Brexit. 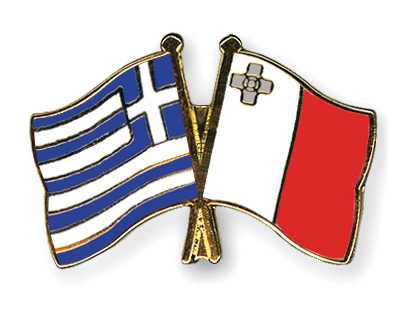 On the doorstep to the Maximos Mansion, Prime Minister Alexis Tsipras welcomes his visiting counterpart from Malta and head of the rotating EU Council Presidency, Prime Minister Joseph Muscat; giving joint statements to the press; the two delegations in conference in which express their belief that Mediterranean countries are at the forefront of the challenges that Europe is faced with today, such as unemployment, refugees and the downgrading of labour social rights.