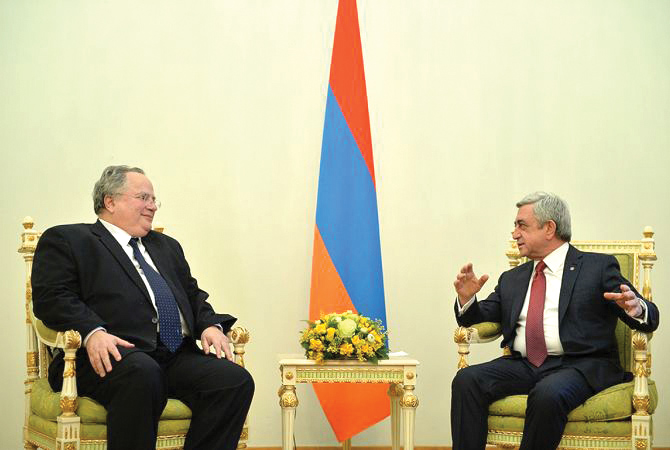 Foreign Minister of the Hellenic Republic Nikos Kotzias carried out an Official Visit to Armenia on March 8th-10th upon the invitation of Armenian Foreign Minister Edward Nalbandian in which the two heads of diplomacy were said to have expressed a joint desire to upgrade cooperation between Greece and Armenia and raise it to a strategic level. 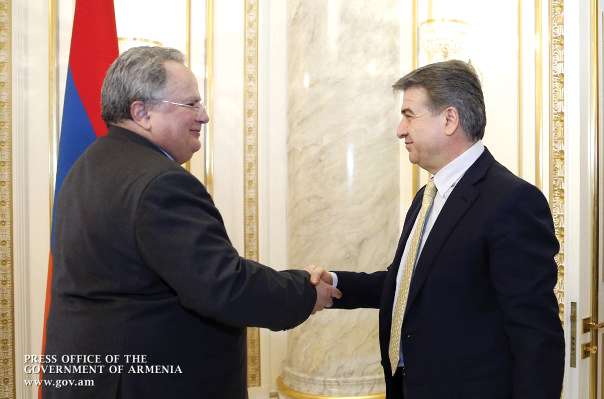 In order to enhance their ties Minister Kotzias said, three asymmetries had to be addressed: the gap between the mutual friendly feelings of the two peoples and the level of bilateral relations, the gap between the very highly-developed political relations and the level of economic relations and the gap between the will to promote cooperation and the implementation of agreements made. Within this context, they agreed to form a joint committee supervised by the Foreign Ministries of the two countries to examine the existing legal framework and decide what needs to be updated or replaced, as well as identify areas where new agreements might be signed. The aim is that the legal framework will reflect the excellent cooperation between the two sides and the prospects for expanding this cooperation in the future. 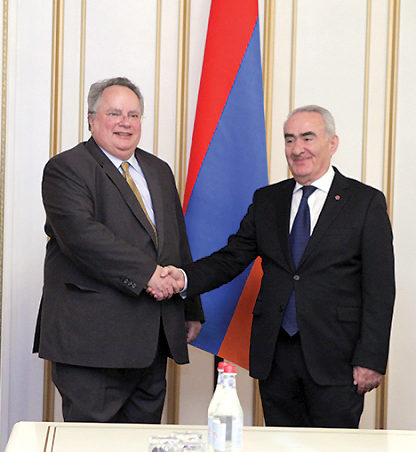 Premier Karapetyan welcomed the Greek Foreign Minister’s proposals, saying that Armenia gives great weight to Greece’s contribution in efforts for closer dialogue between the EU and the Euroasiatic economic community. 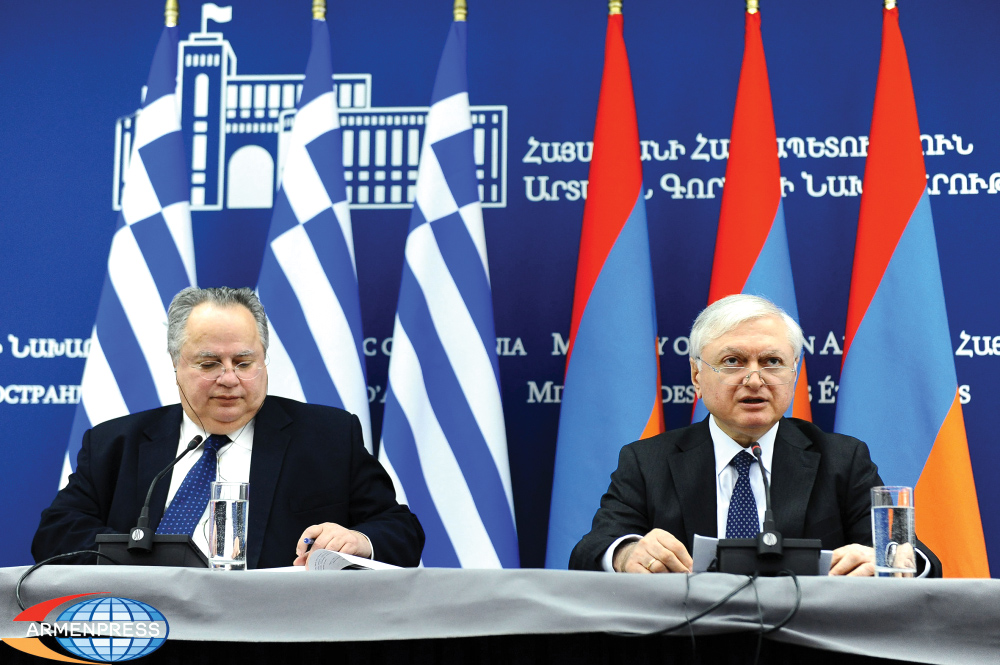 During his earlier meeting with Parliament Speaker Galust Sahakyan, yet again the two sides expressed a desire for closer cooperation, especially between the respective Parliaments, with emphasis on economic and trade ties. Minister Kotzias also presented an invitation to the Armenian Parliament Speaker from Greek Parliament President Nikos Voutsis to visit Greece after the upcoming elections in Armenia. Finally, in a working dinner with the Armenian Defence Minister Vigen Sargsyan, Minister Kotzias discussed security issues and cooperation in training between the two countries. 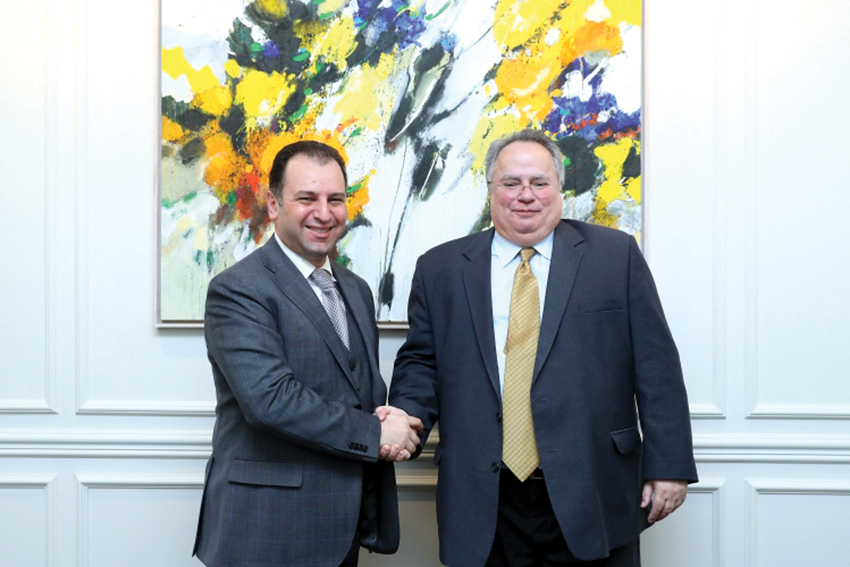 Minister Kotzias’ visit to the Georgia and Armenia was an opportunity to examine the problems in the Caucasus, evaluate the geostrategic situation and determine that there was a large degree of convergence in views and interests with the two countries, Foreign Minister Nikos Kotzias said in an interview with the Athens-Macedonian News Agency upon his arrival from the region. He appeared satisfied with the results of his visit to the Caucasus, saying it had launched high-level strategic cooperation on all levels with two countries that are traditionally friendly to Greece. He further noted that a number of previous agreements with Armenia and George had remained “inert” and that the two sides had now agreed to form special committees to monitor the progress in their implementation.

“I also presented my counterparts with invitations to visit Greece and presented invitations from the Prime Minister and President for mutual visits,” he added.