President of the Hellenic Republic Pays State Visit to Portugal

EU needs to shift away from dead-end austerity policies 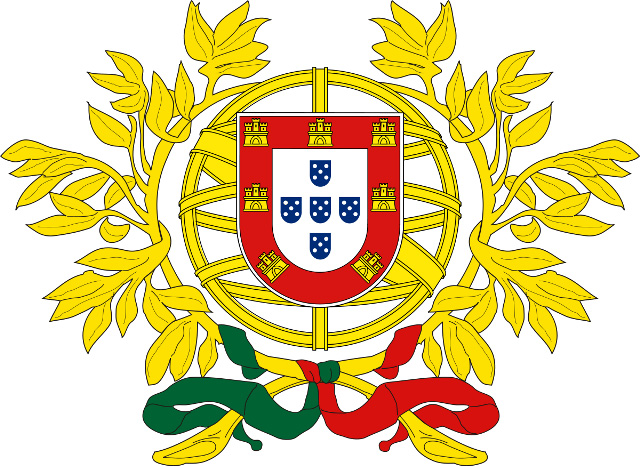 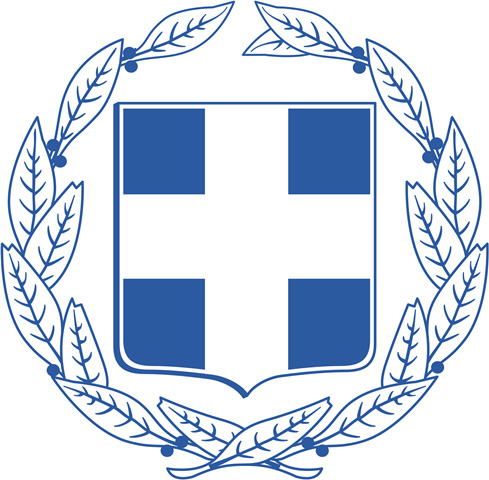 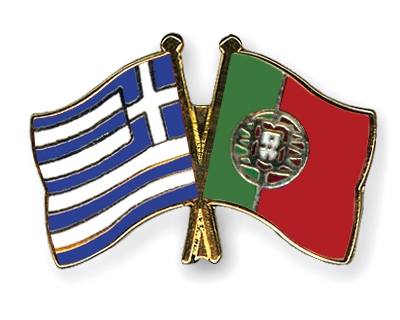 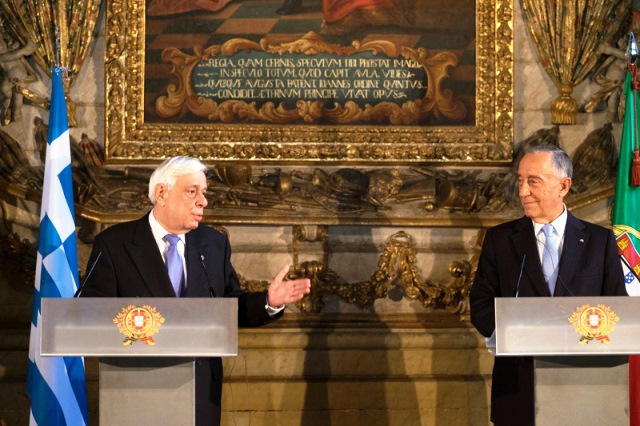 The European Union needs to shift away from dead-end austerity policies, which are shrinking the GDP of most EU member-states and enlarging their debt, while negatively affecting both sustainable growth and social cohesion in the EU, President of the Hellenic Republic, Prokopis Pavlopoulos, said during his State Visit to Portugal at the end of last month. 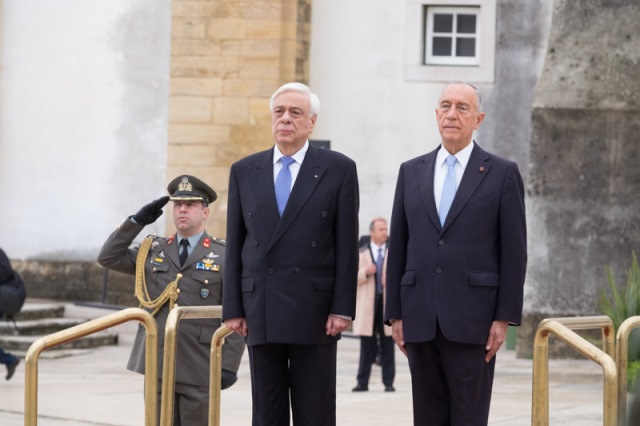 President Pavlopoulos made the statement during a meeting with his Portuguese counterpart Marcelo Rebelo de Sousa at the University of Coimbra, one of the oldest in Europe.

During a joint press conference with President de Sousa, President Pavlopoulos also referred to the creditors demand that Greece pass legislation for “preventive measures” taking effect in 2019, after the end of the current bailout programme. Such a demand was “unprecedented” in European history, he said, while such pressures were incompatible with European ideals. 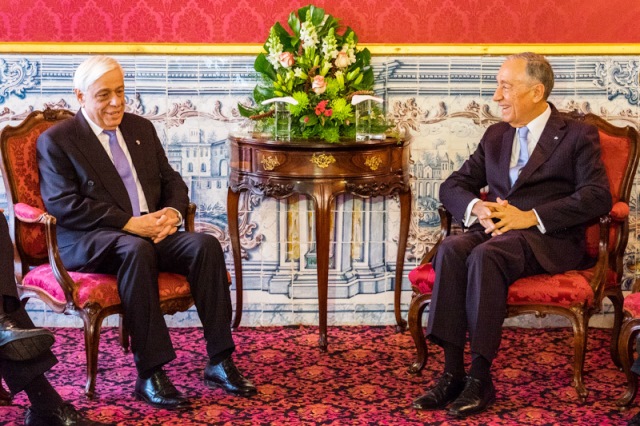 According to the Greek Head of State, the current austerity policies must be replaced by an economic policy that harmoniously combines action to eliminate deficits and wasteful spending and to tackle the debt crisis with achieving sustainable growth. “This policy must support the necessary reforms and the appropriate investments, as well as a rationally designed boost to liquidity and demand. Such policies will also support the fundamental gains of European democracy and European culture; in other words, the social state of law,” he added.

He also noted that the meeting with his Portuguese counterpart was taking place at a time when their countries and the EU as a whole were being tested by a double crisis: both the refugee and economic crisis.

“Our countries and our people have suffered – and continue to be subjected to – the repercussions of a specific economic austerity policy, which not only leads nowhere, but is also contrary to the principles and values on which the European edifice was founded,” he said. “These are the reasons why Greece and Portugal must work together closely and with determination in order to overcome this crisis that I mentioned as soon as possible and thus defend not only our own countries and people, but also our great European family,” President Pavlopoulos added.
Regarding the refugee crisis, he noted that this could not be tackled without the immediate and final end of the war in Syria and surrounding regions while noting that the EU must act in accordance with International and European Law.

Moreover, the Greek President referred to the need for further strengthening the EU institutions in order to support a real European integration that will put an end to the huge democratic deficit observed lately in the European Union.

President Pavlopoulos noted that the very essence of the European Union is not the currency, but the human being and characterised the refugee issue as a problem of existence for the European Union. He said that we must behave to refugees with humanism and solidarity adding that phobic syndromes do not have a place in Europe. 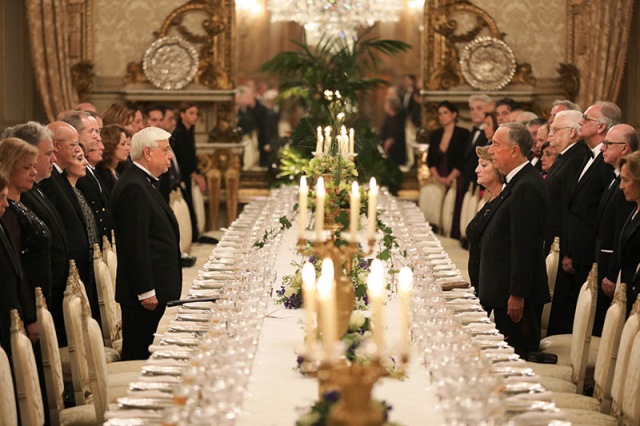 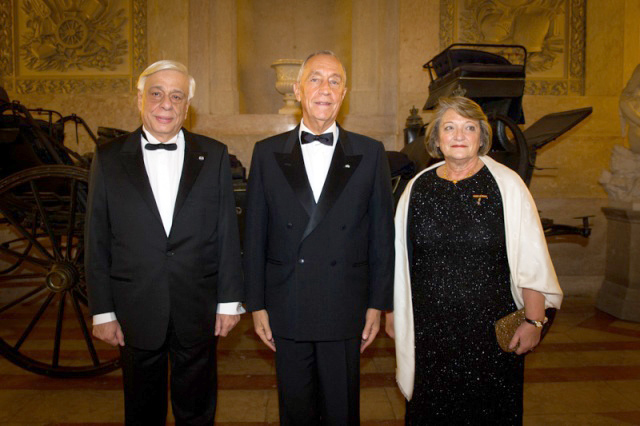 Challenging the Lausanne Treaty is like challenging the borders of Greece and the European Union, President Pavlopoulos stated in his address at the official dinner hosted in his honour by President Marcelo Rebelo de Sousa. “As for our relations with Turkey and the Greek borders, with emphasis on the Aegean, the Treaty of Lausanne must, according to International Law, be respected by everyone. This is even more important when it’s challenging leads to the challenging of the borders not only of Greece, but of the European Union,” he underlined. Regarding the Cyprus issue, he said that “this is an international and mostly a European issue and we are seeking a fair and viable solution as soon as possible.”

Eurogroup is not an European Union institution based on ECJ judgements 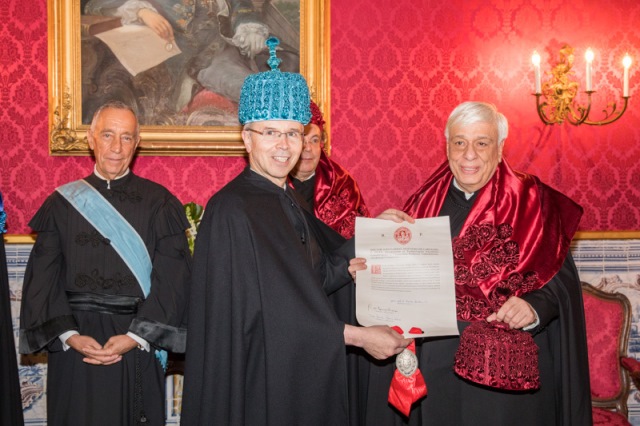 The Eurogroup is not a European Union institution according to European Court of Justice rulings, President of the Hellenic Republic Prokopis Pavlopoulos said as he accepted an Honorary Doctorate from the University of Coimbra in Portugal, one of the oldest universities in Europe.

President Pavlopoulos noted that the Eurogroup was an informal forum of Eurozone finance ministers without “institutional significance,” even though it took all the decisions for the implementation of bailout programmes and the stiff sanctions to be imposed if their implementation was considered to fall short.

He had earlier referred to recent ECJ rulings on actions by Cypriot depositors challenging the Cyprus bank “bail-in” and calling for the annulment of a March 2013 decision to seize bank deposits as part of Cyprus’ bailout agreement. In September 2016, the ECJ upheld earlier judgements that had dismissed these actions as inadmissible.

President Pavlopoulos said the ECJ’s judgements had “significant added value” by extension, regarding the nature of the Memorandum of Understanding between the European Stability Mechanism (ESM) and the Cyprus Republic and the Eurogroup statement, as well as the responsibility of the European Commission and European Central Bank acting on behalf of the ESM.

As part of its reasoning, the Greek President noted, the ECJ held that the ESM could not be regarded as forming part of the institutions of the European Union, that the Eurogroup statement could not be imputed to the Commission or the ECB, that the statement was not capable of producing legal effects with respect to third parties, and that, as such, it could not be contested in EU courts.

To dispel any lingering uncertainty on this score, the Greek Head of State added, the ECJ had then referred to the Eurogroup as an informal meeting or discussion forum of ministers in member-states using the euro “and not a decision-making organ!”

According to President Pavlopoulos, given a situation where the Eurogroup was at once informal and simultaneously took some of the most critical decisions taken in the EU, ECJ case law was inevitably led to the conclusion that the Eurogroup had the role of an “éminence grise”. This was not entirely the fault of the court, he added, but a result of a “lack of effective rules of economic governance within the Eurozone, which deepen the ‘democratic gap’ in the EU as a whole.”