The Ministry of Foreign Affairs XXII Class of Embassy Attachés 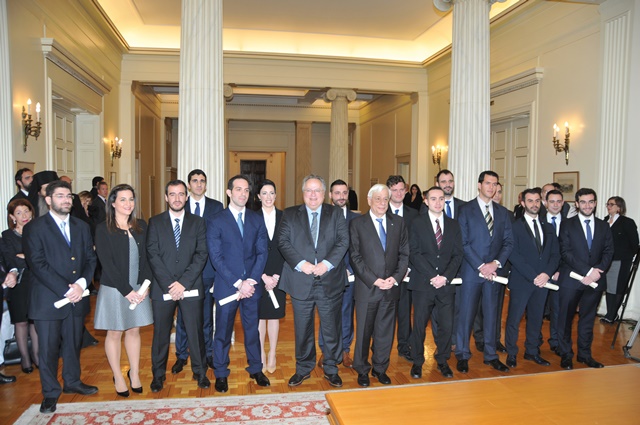 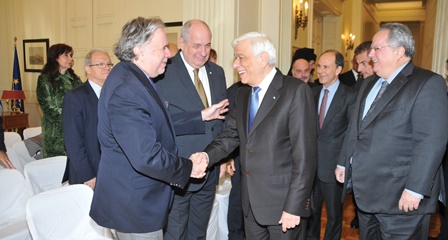 During their addresses, President Pavlopoulos noted that Greece’s great successes in foreign policy “were achieved through close cooperation between political leaderships and the diplomats, the Greek diplomats, who proved themselves worthy of the homeland,” adding that “you are entering the Diplomatic Service at a very critical time, not just for our country, but also for our wider family, Europe and the whole world – Greece is not struggling solely for its national interest. It is struggling for the interest of the whole of Europe.”

On his behalf, Minister Kotzias said that in his capacity as Foreign Minister, one of his most pleasant tasks was to welcome new personnel as they realised their dreams and embark upon their journey to represent Greece with “courage, knowledge and frankness”. He noted that in today’s world, the realm of diplomacy has become increasingly important, especially for Greece; “a country that acts and moves in a region of instability… picking up the threads of history and restoring all our relations creatively, productively, upgrading the country.”

Previous The Future of Migration Governance – by Md. Shahidul Haque
Next The National Day of Romania celebrated in Greece