Alternate Foreign Minister on a four-day visit to Serbia

Serbia and Greece to Be Pillars of Stability in the Region 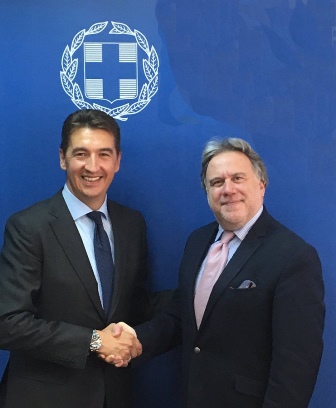 Alternate Foreign Minister Giorgos Katrougalos’ visit to Belgrade reaffirmed the excellent bilateral relations between Greece and Serbia and the existing constructive cooperation on a political and economic level. The Alternate Foreign Minister’s meetings with the Serbian side, and in particular with Deputy Prime Minister and Foreign Minister Ivica Dačić, as well as with European Integration Minister Jadranka Joksimović, confirmed the excellent cooperation on European matters and the shared will for further tightening of the relations between Greece and Serbia.

Within the context of these meetings, the traditionally very good bilateral relations and role of the two countries as pillars of stability in the wider Balkan region were underscored. Moreover, Mr. Katrougalos highlighted that Greece supports Serbia’s efforts toward accession to the EU and that Greece is prepared to provide any know-how requested by Belgrade with regard to the accession negotiations. Minister Joksimović did not omit to thank Greece for its firm position on Serbia’s European perspective.

Alternate Foreign Minister Katrougalos also met with Economy Minister Goran Knežević, with whom he discussed, amongst other things, the promotion of bilateral economic relations and energy issues, with emphasis on natural gas pipelines and, in particular, the Trans Adriatic Pipeline (TAP).

The very good environment of cooperation and friendly ties between the two countries were praised by the Serbian MPs who took part in the joint session of the Serbian National Assembly’s Foreign and European Affairs Committees, with Mr. Katrougalos participating as a guest. The Chairman
of the Foreign Affairs Committee, Žarko Obradović, proposed that “the Parliaments of Greece and Serbia undertake an initiative to celebrate the diplomatic relations between the two countries, in demonstration of the successful existing bilateral cooperation that is free of pending issues.” 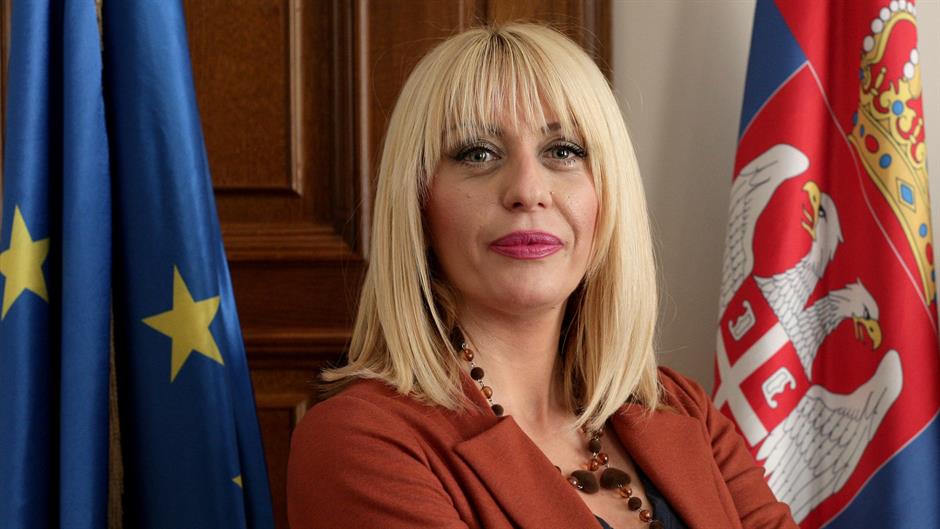 On his part, the Greek Alternate Minister noted that Serbia and Greece should be the pillars of stability in the region and the example of what a successful cooperation between two countries in the Balkans should look like.

Within the framework of the intensification of Greek-Serbian economic and business contacts, Mr. Katrougalos delivered a welcome speech at the Greece-Serbia Business Forum that was held with particular success on December 5th with the participation of 85 Greek and 103 Serbian enterprises.

With the aim of stressing the historical ties between the two countries, the Alternate Foreign Minister also laid flowers at the statue of Rigas Feraios that stands at the tower where he was executed. As Mr. Katrougalos noted, the tower in question has been preserved with funds from the Hellenic Parliament, as a monument to Greek-Serbian friendship.

Finally, during his visit to Belgrade, Alternate Foreign Minister Katrougalos delivered a lecture at the Belgrade Law School on the future of Europe, focusing on the need to change the policy of austerity in Europe.

Bilateral political consultations between the Ministries of Foreign Affairs of the Republic of Serbia and the Hellenic Republic were also held in Belgrade on December 2nd. The Greek delegation was headed by Ambassador Petros Mavroidis, Political Affairs Director of the Ministry of Foreign Affairs of the Hellenic Republic, while the Serbian delegation was led by Ambassador Goran Aleksic, Acting Assistant Foreign Minister for Bilateral Cooperation.