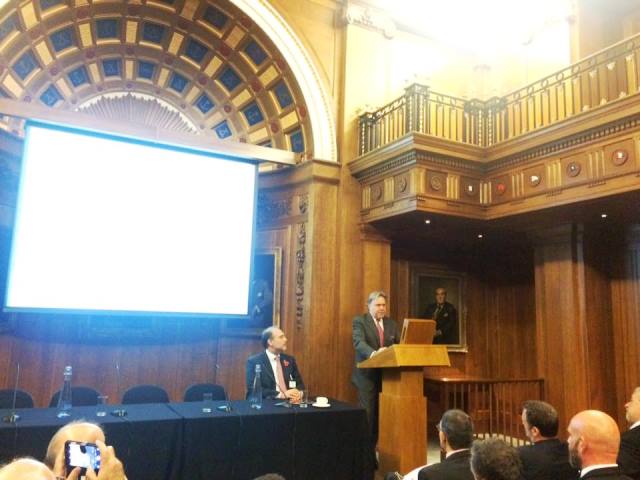 On November 10th, Alternate Foreign Minister George Katrougalos travelled to London where he met with representatives of the British Government and opposition, as well as with union representatives and spoke at prominent British universities.

Discussions focused on issues of European and bilateral interest, particularly in light of the referendum on the UK exiting the European Union.

Moreover, the visit of Mr. Katrougalos included delivering a speech at an event for investors organised by the British Hellenic Chamber and two lectures on the status of Greece at the London School of Economics and Oxford University.

Speaking at the British-Hellenic Chamber of Commerce event on ‘Greece: An economic overview and investment opportunities’, Mr. Katrougalos referred to the positive prospects of the Greek economy and investments, stressing that the Government has moved ahead to very important structural reforms, with emphasis on sustainable development and social policies against austerity. He also underscored that Greece now offers many investment opportunities, not just due to its geopolitical position, but also because of the new economic policy that is evident in the official data showing improvement of financial indicators and the economic environment.

The Alternate Foreign Minister for European Affairs was also the keynote speaker at a London School of Economics event on ‘Social or neoliberal Europe? The Greek experience’, at which he presented the Greek Government’s major structural reforms, with emphasis on reform of the social security system. He also underscored the need to abandon the current austerity policies and reaffirm the EU’s dedication to the European social model.

During his stay in the British capital, Mr. Katrougalos also visited Archbishop Gregorios of Thyateira and Great Britain, while on the margins of his meetings he gave interviews to British media. He concluded his itinerary in Oxford, where he spoke at St. Antony’s College on ‘A Democratic Challenge: Social reform in Greece under Syriza’. 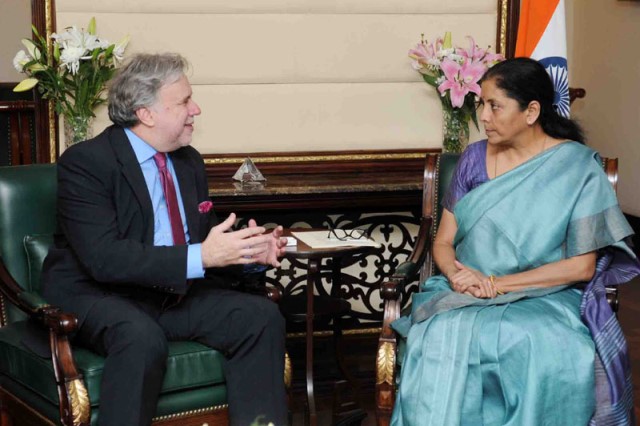 Alternate Foreign Minister George Katrougalos was in New Delhi from 22nd to 25th November. During his stay in the Indian capital, Mr. Katrougalos co-chaired the 7th Greek-Indian Joint Inter-Ministerial Committee, while in parallel he held several meetings with the Ministers for External Affairs, Shipping, Infrastructure and Civil Aviation. He also participated in an Investment Forum.