Official visit of the President of the Albanian Parliament

A commitment to further deepen relations in all sectors 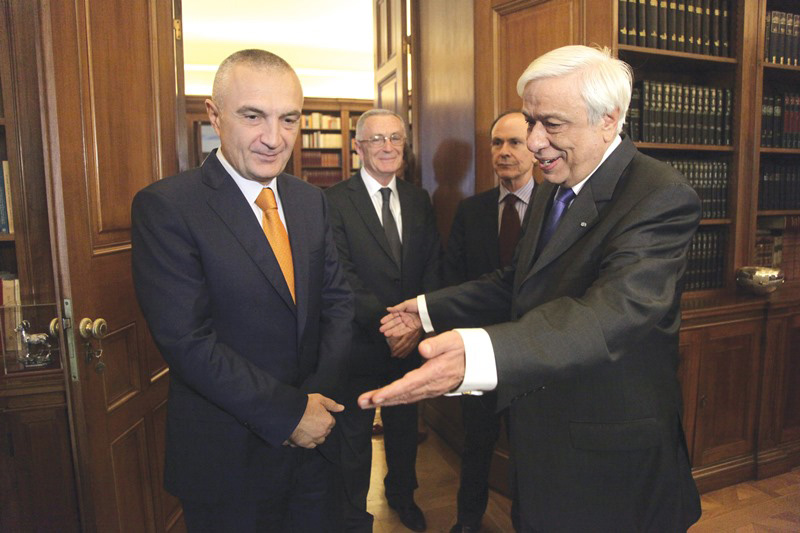 Speaker of the Albanian Parliament Ilir Meta headed a Parliamentary delegation for a three-day Official Visit to Greece at the invitation of the President of the Hellenic Parliament Nikos Voutsis. He was accompanied by the Chairwoman of Foreign Policy Committee, Arta Dade, the Chairman of Productive Activity, Trade and Environment Committee Eduard Shalsi, and MPs  Anastas Angjeli (SP), Fatmir Toçi (SP), Gjergji Papa (DP), Vangjel Tavo (SMI) and Vangjel Dule. 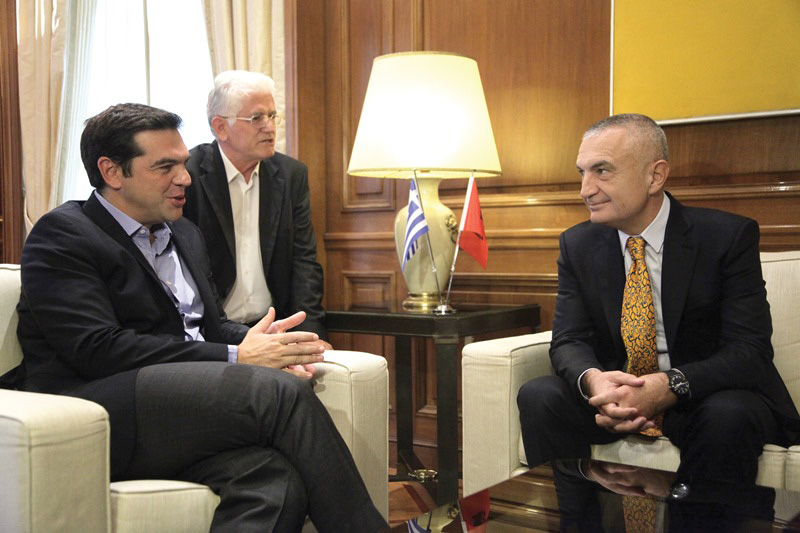 The prospect of Greek-Albanian relations must be protected from the nationalist voices, the Premier said after his meeting. “Your visit is taking place at an important time for the relations of the two countries, which despite experiencing times of tension in the past, have always remained relations of co-existence, and this is something that we must protect.” 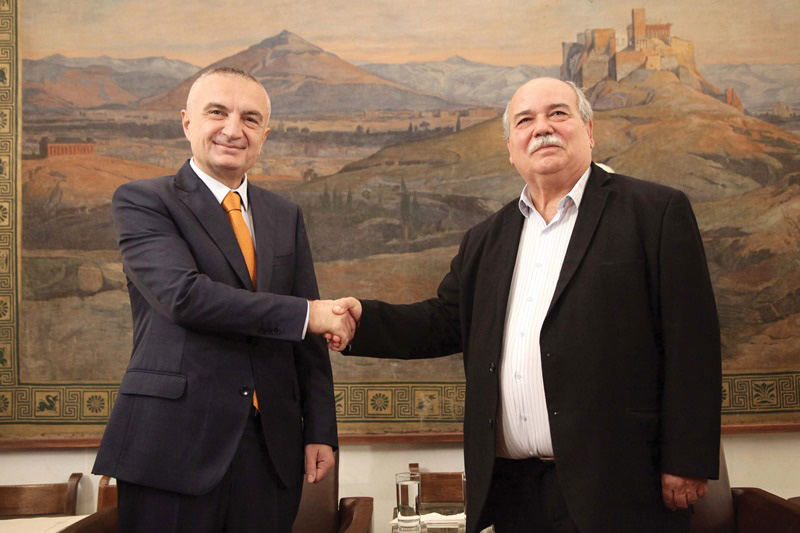 He went on to say “it is of huge importance to protect the prospect of good relations from nationalist voices that always want to create problems, the cost of which the citizens are called to pay. I want to congratulate you because you have stood against these voices. You represent your country’s Parliament which is the most democratic institution. I welcome you and wish your visit to be constructive, hoping that the developments in Albania in the next period will promote democracy, as well as the Albanian people’s volition to solve the problems.” 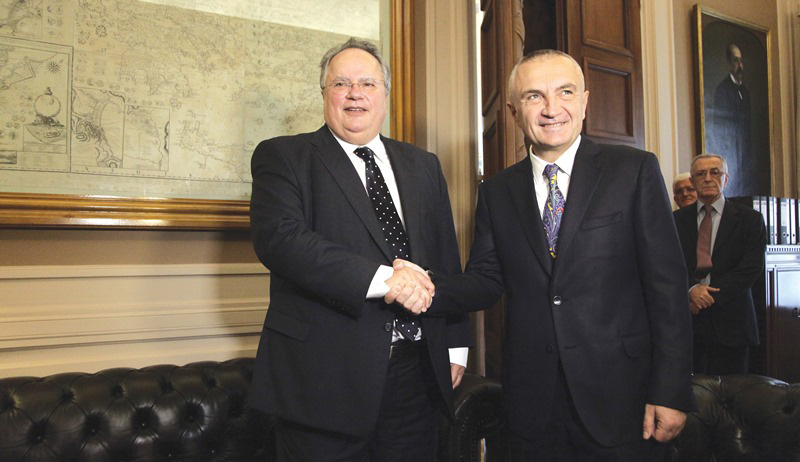 On his part, Parliament President Meta underlined: “the history of our countries and peoples among the centuries is dominated by the values of cooperation and co-existence. But of course, as with all the other neighbours, in the history of our relations there have been difficulties which do not dominate our relations. They are dominated by common interests. I am confident that through positivity will we will give a new luminosity to the overall relations because this is the request of our citizens and at the same time we will constructively treat, according to European relevance, all issues.” 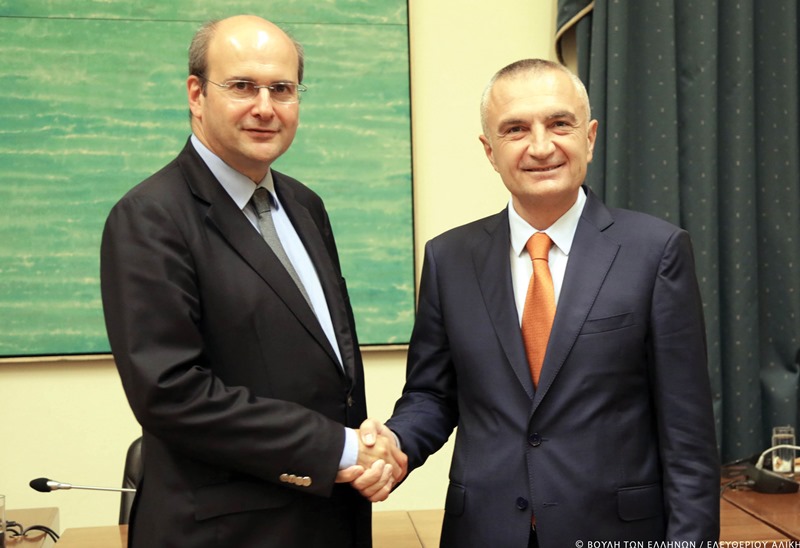 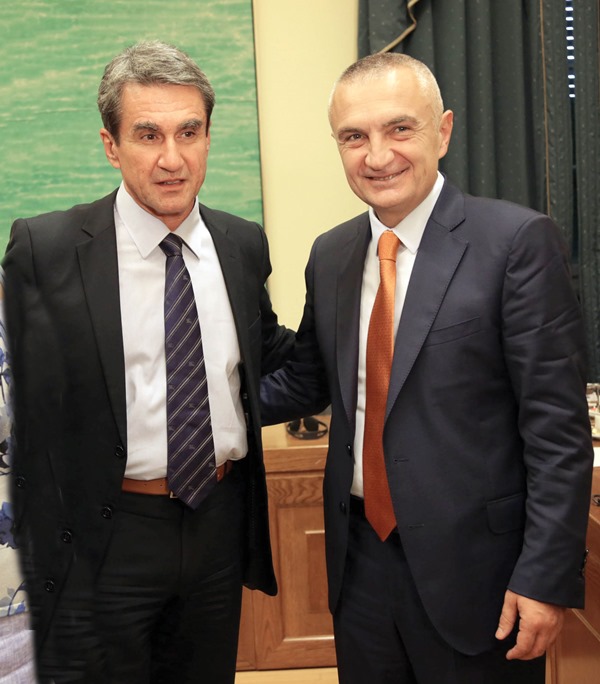 He said that he was visiting Greece at a period of political stability and improvement of the social and economic conditions adding that “the destinies of our peoples are now linked more than ever and we have benefited a lot from Greece during the period of growth after the ’90s.” “We have also been affected by the repercussions of the recent economic crisis that hit your country,” he stated, adding “a powerful and strong Greece will be in our interest too.” 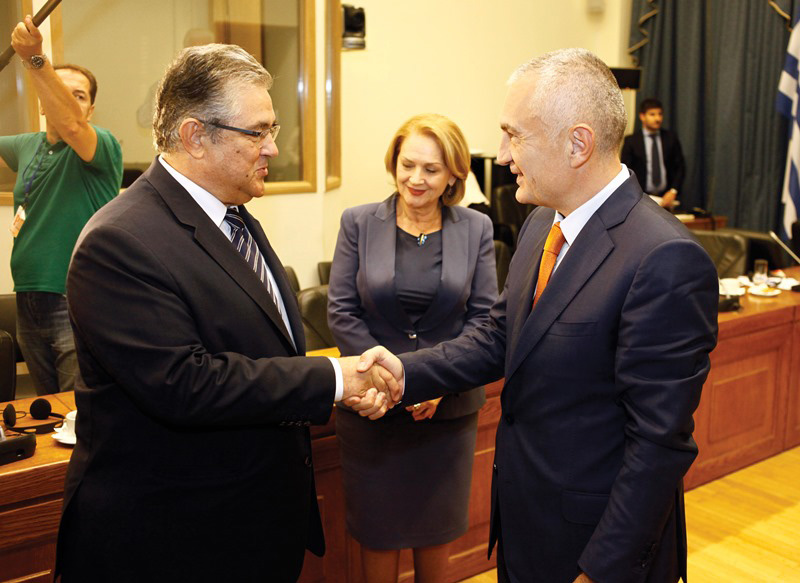 Mr. Meta thanked Greece for its support in Albania’s efforts to join NATO and the prospect of Albania’s accession in the EU. He stated that his visit was aimed at boosting cooperation between the two Parliaments as a contribution to further strengthen the friendship and overall connection between the two peoples.