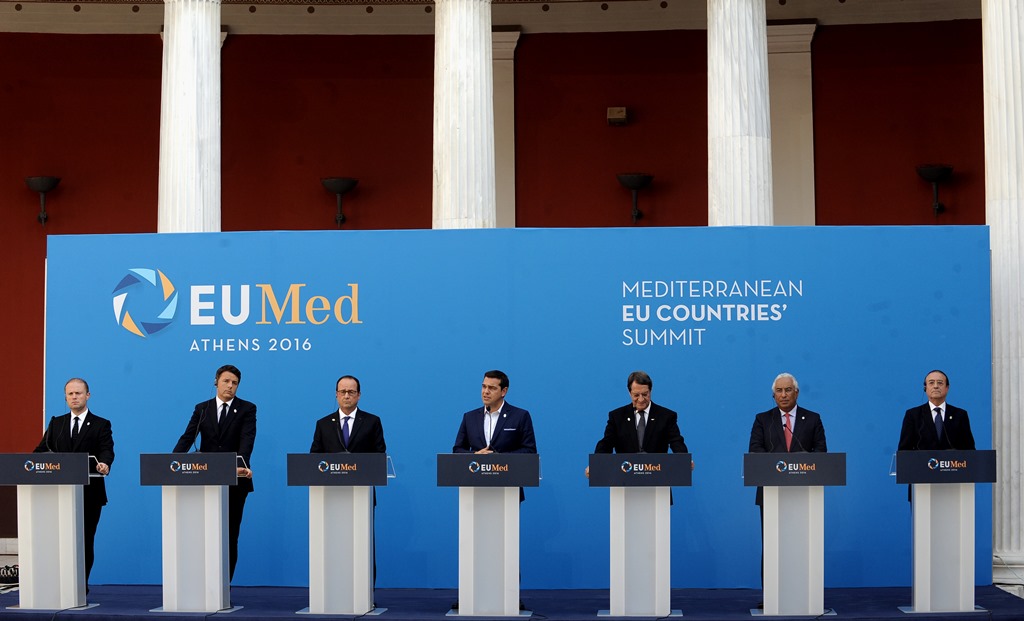 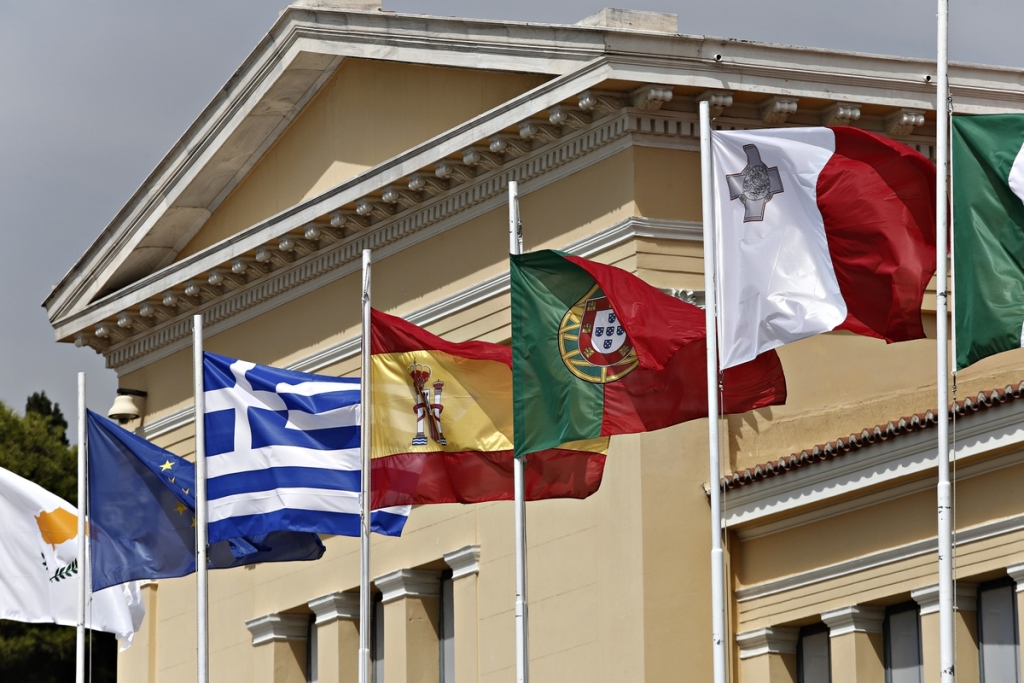 The Greek capital recently hosted the 1st Summit of the Heads of State from the Mediterranean European Union countries, culminating in a signed declaration stressing the need for unity within the European Union, in the wake of several major challenges.

Both the Summit and the adoption of the Athens Declaration mark “our joint will for the unity of Europe,” Greek Prime Minister Alexis Tsipras stated. “We have an obligation to submit our own approach to handling and overcoming the challenges we face, replying to the forces of nationalism and xenophobia. We are not, and do not, aspire to be yet another initiative that divides Europe. We are, and will continue to be, an initiative for dialogue,” he added.

The Greek Premier had decided back in early summer to host a meeting of the southern leaders in order to find a common approach towards joint challenges relating to migration, security and the economy. The meeting was held just a week before the first informal EU Council was hosted by the Slovak Presidency in Bratislava.

The intention was for the heads of state and government of these seven EU countries to arrive in Bratislava with a common proposal for Europe’s future, the so-called ‘Athens declaration’. They are convinced that the European Union needs a new impulse in order to address common challenges that the Member States are facing, upholding its values of freedom, democracy and rule of law, as well as tolerance and solidarity.

Therefore, the seven leaders proposed five sets of measures: to ensure the internal and external security of Europe, reinforce cooperation in the Mediterranean and with African countries, foster growth and investment in Europe, strengthen programmes for the youth and address the challenge of migration.

“Regardless of our ideologies, what unites us is the Mediterranean Sea, our common problems, our faith in the European vision and our common will to fight for a better Europe.”

For instance, in order to ensure the protection of its external borders, they called upon the EU to strengthen controls and interconnection of relevant databases, but also to provide the necessary tools, especially in the fields of police and justice, as well as developing cooperation to address the phenomenon of radicalisation, by adequate policies for the peripheries of European urban cities. They also propose that the EU re-energise its Common Foreign and Security Policy and scale up diplomatic initiatives for conflict-resolution and crisis-management.

On the EU army proposal, the seven leaders suggest developing “European military capacities and the defence industry with a view to reach strategic autonomy, notably through a European research programme and a fund for security and defence, and set up progressively the EU’s planning and conduct capability for European CSDP missions and operations”. This is to be implemented by achieving “full use of the Lisbon Treaty’s potential.”

“The important event of today is that we are here with the common will to reinforce the cohesion and unity of Europe,” said Premier Tsipras in his opening remarks during the debriefing session, suggesting that Europe is at a crossroads and that Europe will need to inspire its people at the EU meeting in Bratislava.

“President Hollande said that Europe’s future is at stake in the Mediterranean,” as those countries represent the forefront of Europe, added the Greek Prime Minister. “We have to table our own approach, as an answer to national back-folding and entrenchment.”

“We are not, and we don’t want to be, another initiative towards a new division and disunity of the EU. All we need is a new unity,” said he said, announcing that the next meeting of the ‘Club Med’ will be held in Portugal.

In turn, French President Francois Hollande said the meeting in Athens brought together “countries that are different in size and of political sensitivity,” further suggesting that this is a move of “unity and cohesion.” The group of the seven aims for “stability and security” as the countries of Southern Europe have dealt with “difficulties in the name of Europe” during the previous months. “We will be able to contribute with our own thoughts and conclusions in Bratislava’s meeting,” said the French Head of State, adding that a key issue to this is by expanding the ‘Juncker Plan’ by increasing capacity and making it applicable to African countries.

Meanwhile, the Cypriot President, Nicos Anastasiades, suggested that “it is obvious that Europe should change political orientation in a series of issues”.

“It is very important to send a message of cohesion and contribute to the dialogue from southern Europe.”

Whereas, Italian Prime Minister, Matteo Renzi, pointed to Bratislava’s informal EU Summit as another challenge. “The real challenge was this meeting that Tsipras organised,” he said, adding it is a first step towards Bratislava, looking to the Maltese Presidency of 2017. “Tomorrow’s Europe must be based on the social Europe and the Europe of ideas,” he said. He added that the Athens Declaration is an added value for a different Europe, which is different than the one that has been known. “Europe cannot continue listing rules, nationalism and austerity,” said Premier Renzi insisting on a new European model of “soft power”, a more “social Europe, of ideals and beauty.”

Portuguese Prime Minister, Antonio Costa, suggested that Europe should be reviewed in its entirety, while the Maltese Prime Minister, Joseph Muscat, offered his support on behalf of the seven to the EU Commission and the Juncker Plan, asking for a doubling of its funding capacity.

More specifically on the ‘Juncker Plan’, the seven leaders suggest a re-focus of the key priorities such as digital economy, low-carbon projects for energy, including energy interconnections and transport, infrastructure as well as research and training.

Furthermore, the EU leaders of the southern member states, asked for European policies that support financing and investment, including the completion of the Banking Union and incentives for investment at national level, as well as policies and regulations for the digital single market, the energy Union and an industrial strategy. This should come together with the promotion of employment and improved living and working conditions by implementing decisive growth-oriented structural reforms in order to improve the functioning of the markets, enhance competitiveness and create jobs.

“Investment projects in high unemployment, member-states and cross-border projects of common European interest that foster innovation and market integration,” should also be promoted according to the seven heads of state and government, while tax evasion, aggressive tax planning, as well as fiscal dumping, must end.

On migration, a comprehensive EU policy should include a European system for asylum more effective and more convergent, by reviewing the Dublin system on the basis of the principles of responsibility and solidarity, in particular towards the front-line states. The leaders further called on the EU “to step up the secondment of personnel to FRONTEX and EASO for the support of the asylum systems of front-line states, as well as implementing the European Council’s conclusions regarding the need to accelerate relocation, which is still advancing at very low rate”. They will also call for the implementation of the EU-Turkey agreement in order to continue to prevent tragic deaths and migration flows in the Aegean.

Finally, the leaders support the development of a new migration policy that “fights against irregular migration, establishes robust readmission and returns arrangements, advances legal migration and mobility possibilities and addresses the root causes of irregular migration”.

Previous Rhodes Conference for Security and Stability; A political vision
Next Looking for a wonderful Autumn day-trip – try Livadeia