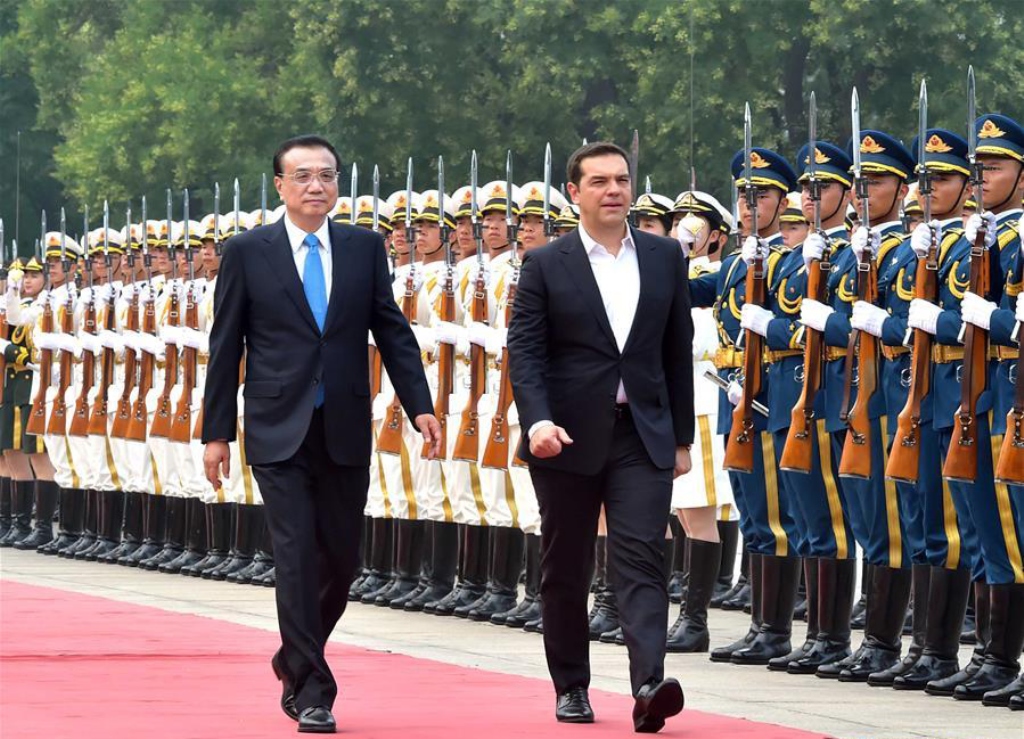 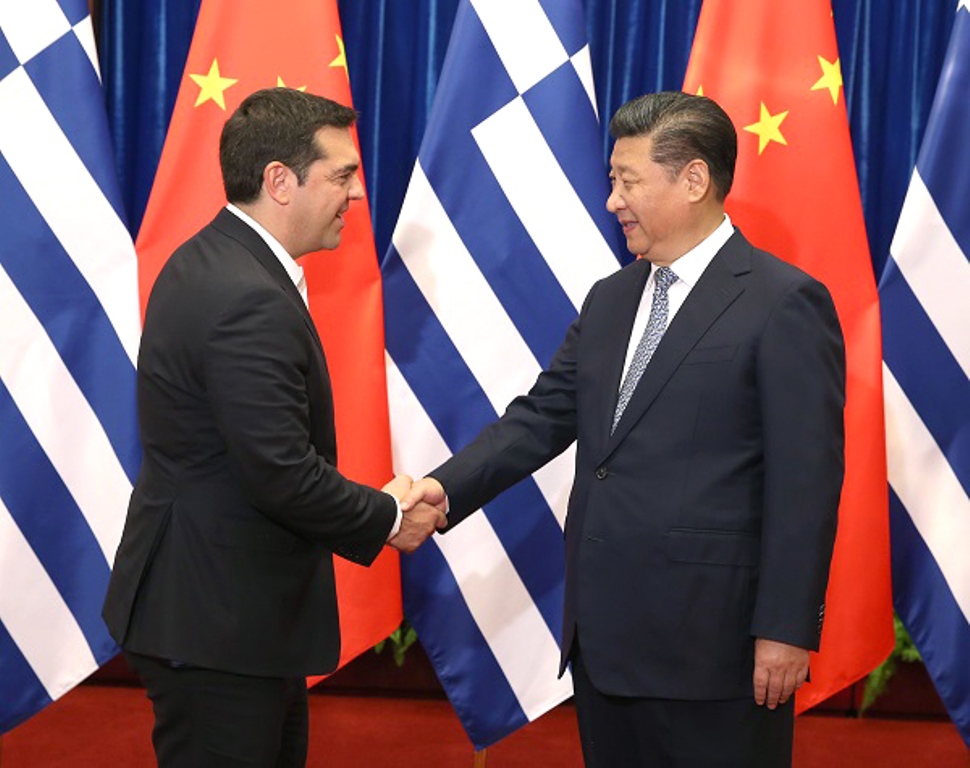 China and Greece have great hopes for the port of Piraeus, as attested to by the meeting of the Chinese and Greek Premiers, in which much of their talks focused on this issue. Recently, by overwhelming majority, the Greek Parliament ratified an agreement giving China’s Cosco shipping a majority stake in the Piraeus port authority. China expects Piraeus to become an important gateway into Europe.

Cosco executives and other Chinese officials have said they want to develop the port into a logistics centre that will move goods, mostly via rail, to Eastern Europe. Cosco and Greece’s Hellenic Republic Asset Development Fund signed an agreement in the Great Hall of the People in Beijing confirming that the conditions for the deal have been fulfilled. 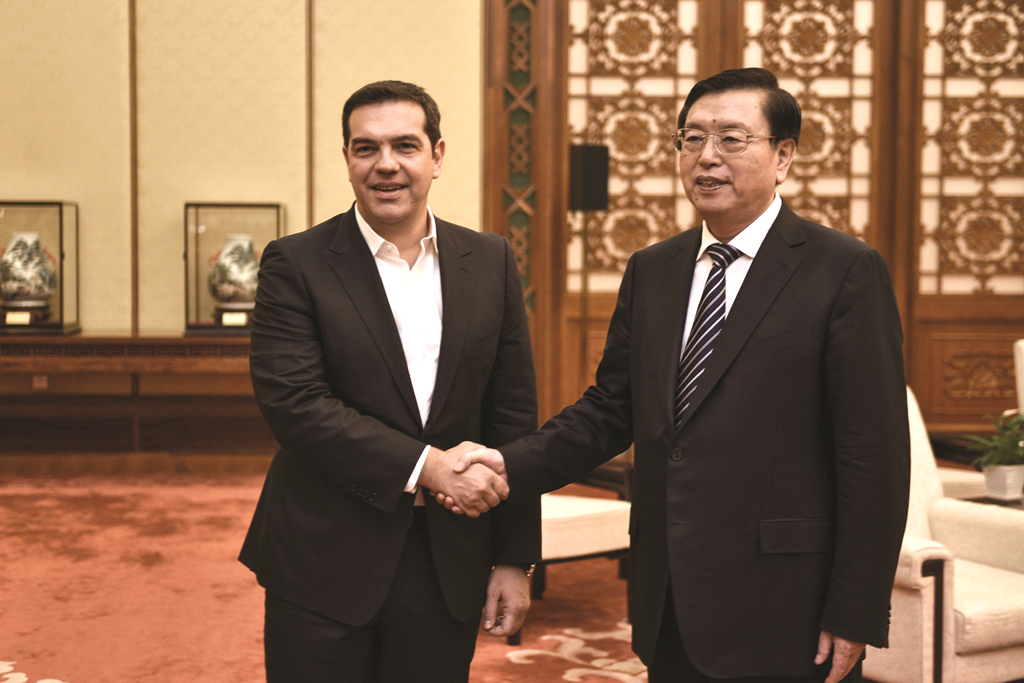 According to a deal signed in April, Cosco will pay 368.5 million euros now and invest another 350 million euros over the next decade in infrastructure at the port. Premier Tsipras described Piraeus as a potentially important entry point for Chinese investment and goods into Europe. He also said logistics centres and industrial parks will be built and railways upgraded in central and Eastern Europe. The Prime Minister said that the project is an opportunity for China and Greece to cooperate in shipbuilding, finance, science and innovation, food, tourism, culture and education.

Premier Li said China is ready for a second decade of the comprehensive strategic partnership with Greece, with sustainable and balanced trade growth and closer links in culture, education, science and tourism. He reaffirmed that China firmly believes in European integration and that a prosperous and stable European Union benefits all. 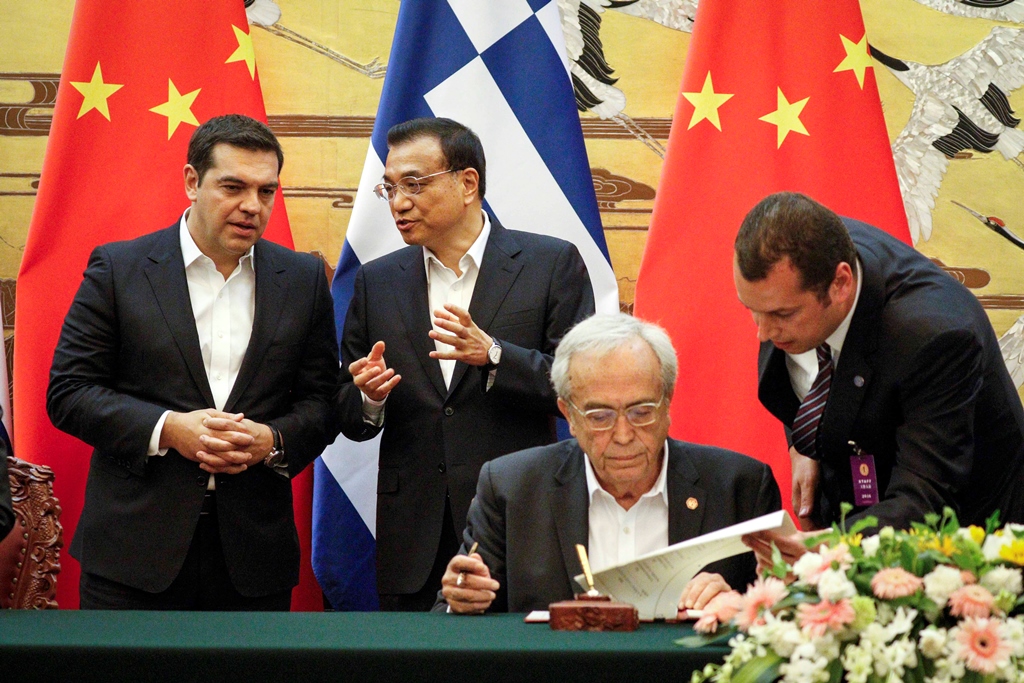 A number of other agreements on cooperation in culture, education, investments and exports between Greece and China were also signed.

During the Greek Prime Ministers’ meeting with Chinese President Xi Jinping, the two sides exchanged views on strengthening cooperation under the Belt and Road initiative, as well as on energy, transportation and regional stability.

Chairman of the Standing Committee of the National People’s Congress (NPC) Zhang Dejiang, said that the NPC is ready to further enhance friendly ties with the Hellenic Parliament on legislation and governance, at all levels, during his meeting with the visiting Premier.

A further meeting took place with the President of Wanda Group Wang Jianlin, which is active in the sectors of real estate, financing and culture. Wanda Group is the largest cultural organisation of China with four areas of activities, movie production, organisation of athletic events, tourism enterprises and children’s entertainment. During the meeting, Wang Jianlin, whose father was Mao Zedong, fellow traveller in the historic Long March, expressed the Chinese group’s interest in the mass promotion of Chinese tourism in Greece and the creation of touristic development infrastructures. They also discussed the possibility of the creation of a movie production studio in Greece. Finally, they both agreed that a Wanda Group delegation should visit Greece in the following months, after the necessary preparations are complete.

On his first day of his visit, the Greek Prime Minister gave an interview to CCTV, which is the dominating state-run broadcasting organisation of China. In this interview he referred to the mutually beneficial agreement with Cosco that paves the way for the upgrading of the strategic cooperation between Greece and China. 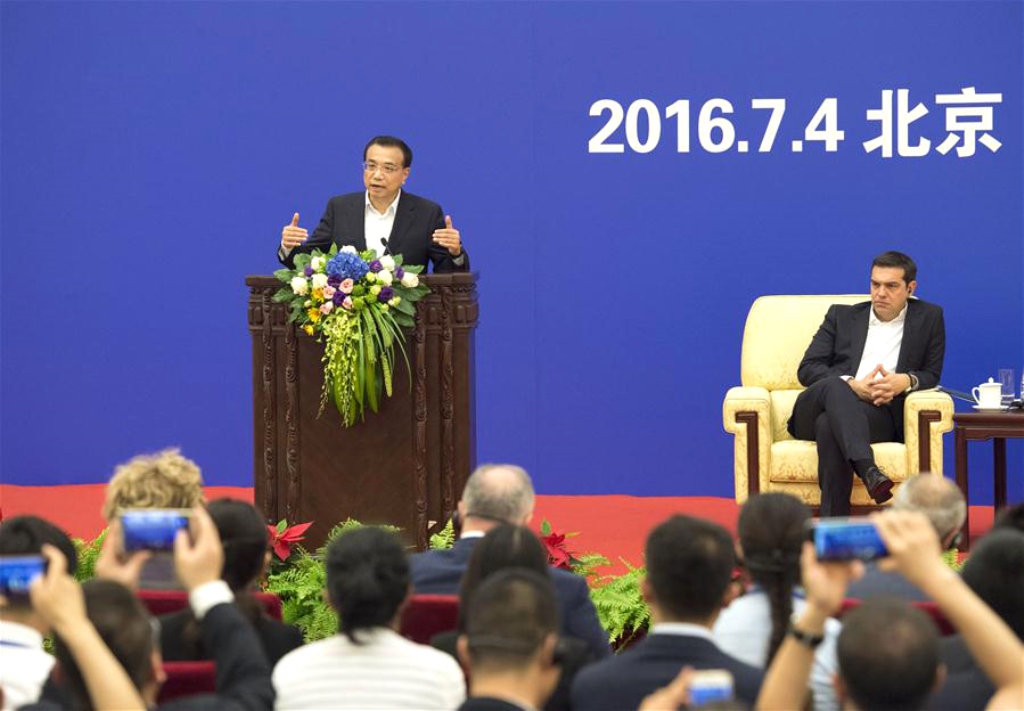 On the economic crisis, the Greek Premier said that it was a difficult crisis, stating that “the difficulties are behind us” adding Greeks have shown endurance and patience. “For the first time the way opens for the debt relief… the conditions for investing confidence now exist,” as well as “the possibilities to return to growth”. Regarding the refugee issue, he said that Greece is a stable power of peace and cooperation in an unstable region “We are proud that we have shown Europe’s humanitarian face at a time when others turned their backs to the problem,” he said, underlining that “the refugee crisis is not responsible for the safety crisis. A safety policy with return to the value of dignity is needed”.

He stressed that Greece is an exceptional destination for Chinese citizens because it is at a strategic position and this coincides with the Chinese strategy ‘one zone, one way’. The Government aims at the import of knowhow and innovations and Greek exports, along with cooperation in the shipping sector. Greece seeks the repair of Chinese ships in Greek shipyards and cooperation between Greek and Chinese shipping companies.

Moreover, provided that Greece is the first stop to Europe, a series of investments such as a logistic centre in the port of Piraeus, can be developed along with infrastructures for the assembly and other opportunities arising from the upgrading of Piraeus port. Referring to the attraction of investments, Prime Minister Tsipras noted that Greece is friendly to investors that seek mutually beneficial cooperation.

Greece decided to become member of the Asian Investment Bank to support the financing of Greek investments in the countries of Asia and Asian investments in Greece. He also referred to the prospect of Greece’s cooperation with BRICS Development Bank, noting that “Greece is a tree that has its roots in the west, but spreads its branches to the north, the south and the east.” 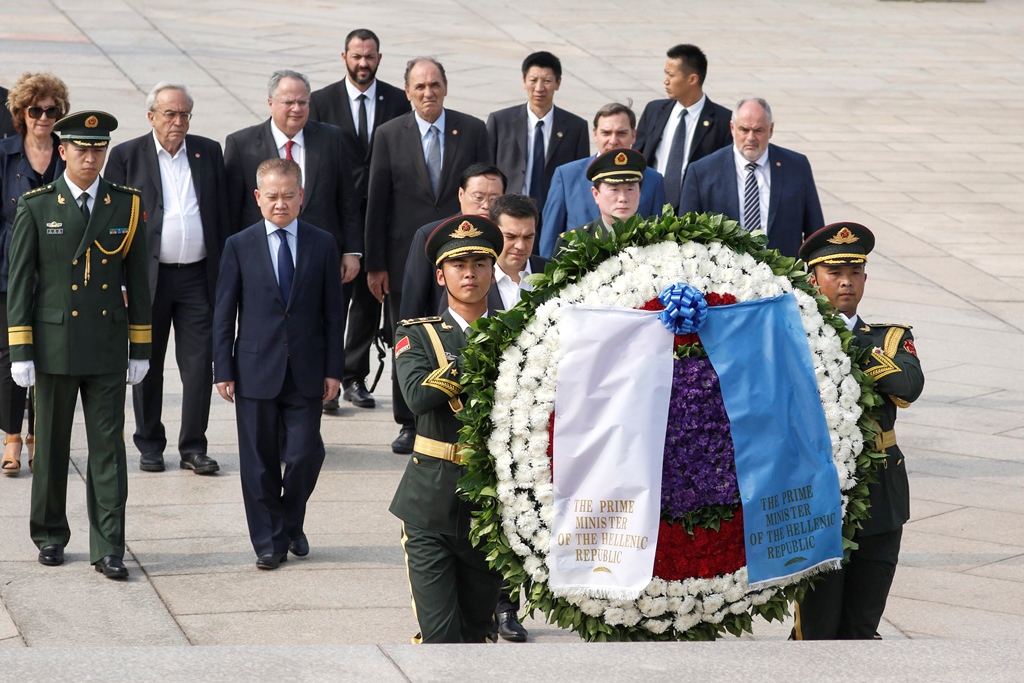 While in the capital, Premier Tsipras also visited the Forbidden City and attended a wreath-laying ceremony at the Monument to the People’s Heroes in Tiananmen Square.