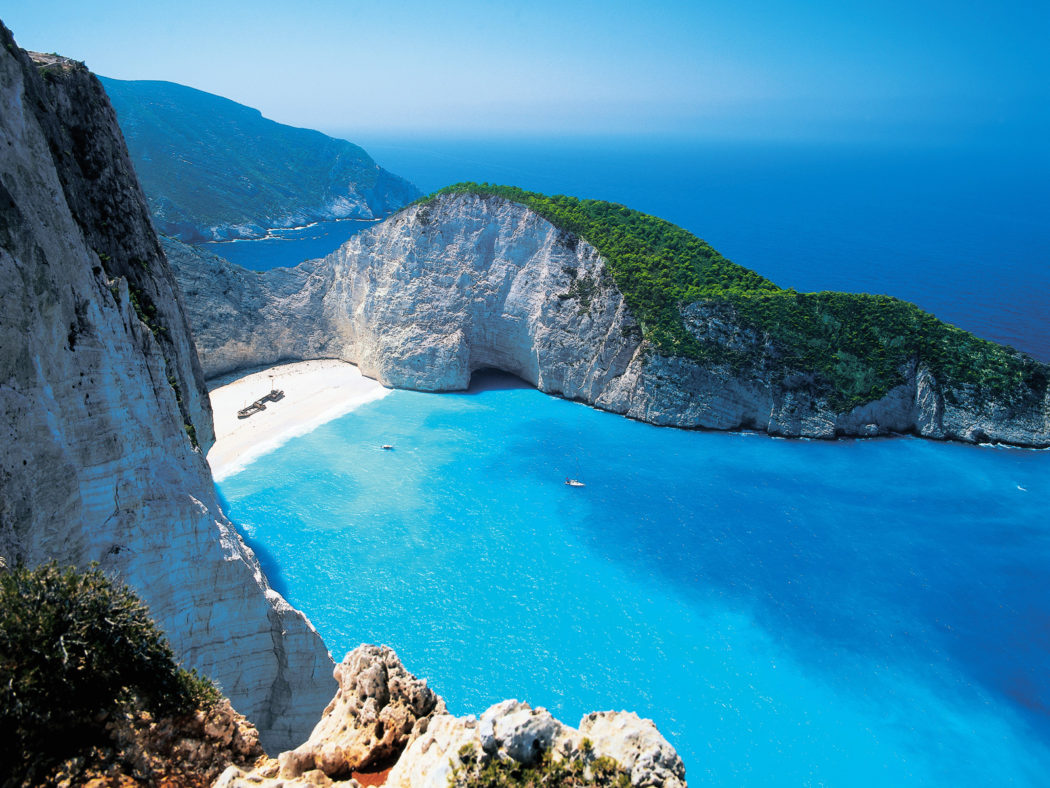 Zakynthos, or Zante, is among the most beautiful and popular islands of the Ionian Sea. Located south of Kefalonia, it is world famous for its white sandy beaches, crystal clear waters and intense nightlife, which makes it a frequent destination. 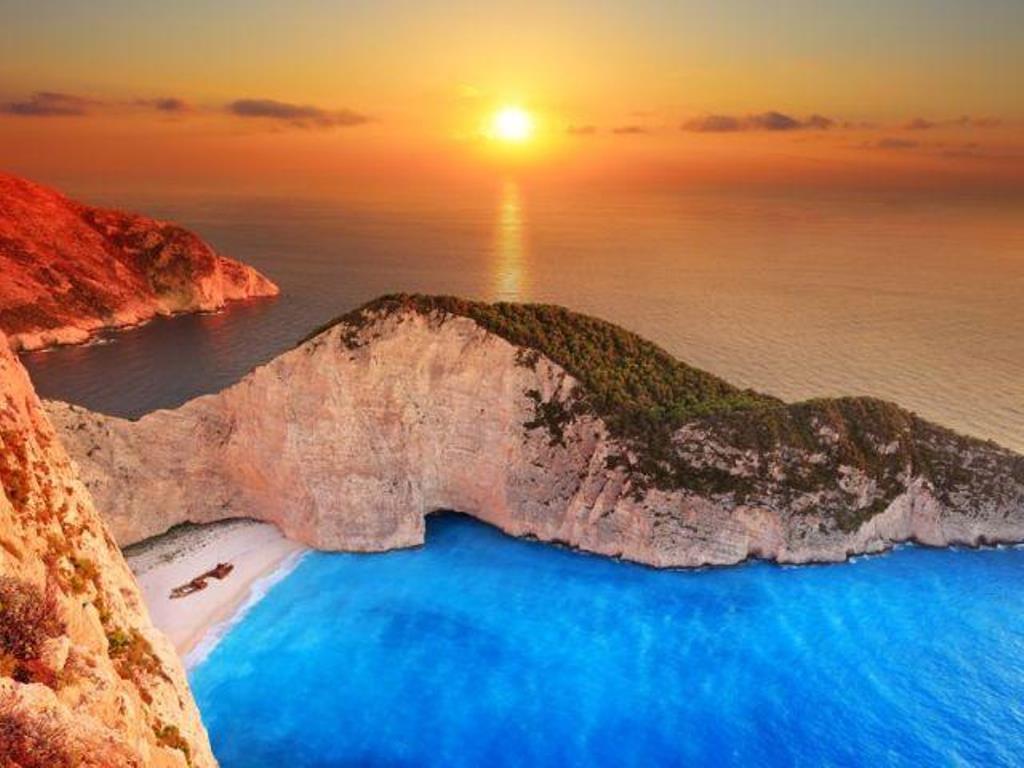 Navagio, which you can see in the photo, is the most famous beach on the island, with its unique shipwreck, golden sands and exotic blue waters. Do not miss a boat trip to Navagio and the Blue Caves during your Zakynthos holidays.

This picturesque beach, which has many names, Shipwreck or Smugglers Cove and Navagio Beach – has been photographed and featured in many holiday brochures, travel books and televised advertisements.

On October 2nd 1980, a freightliner, the MV Panagiotis, ran aground in the waters around Zakynthos Island after stormy weather and bad visibility. Many people falsely claim the ship was smuggling contraband cigarettes and wine. The ship, subsequently abandoned, still rests buried in the white sandy dunes of the beach. 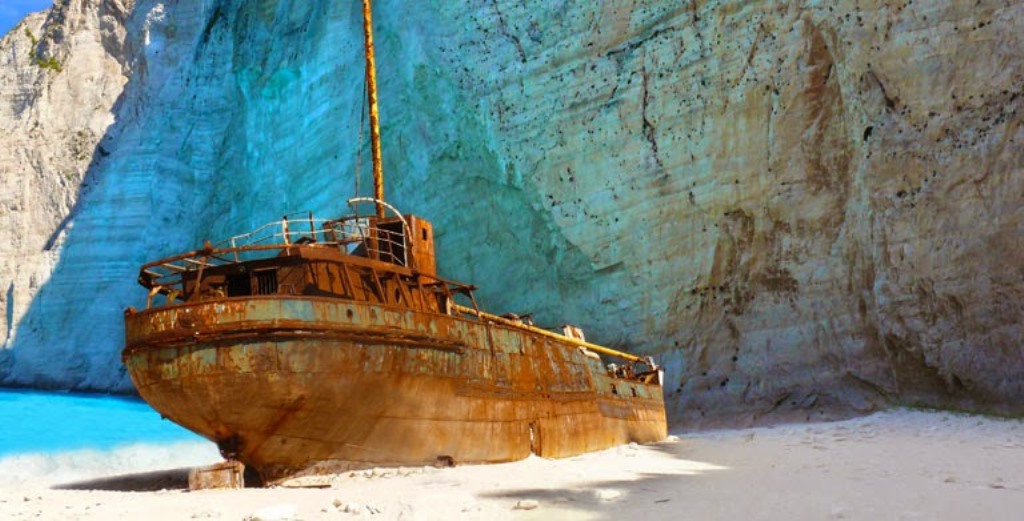 As you can see from the pictures, the beach is enclosed within large steep cliffs which give it this remote, inaccessible feel. Because of that, it is impossible to walk to the beach; instead you will need to take a private craft or ferry boat. 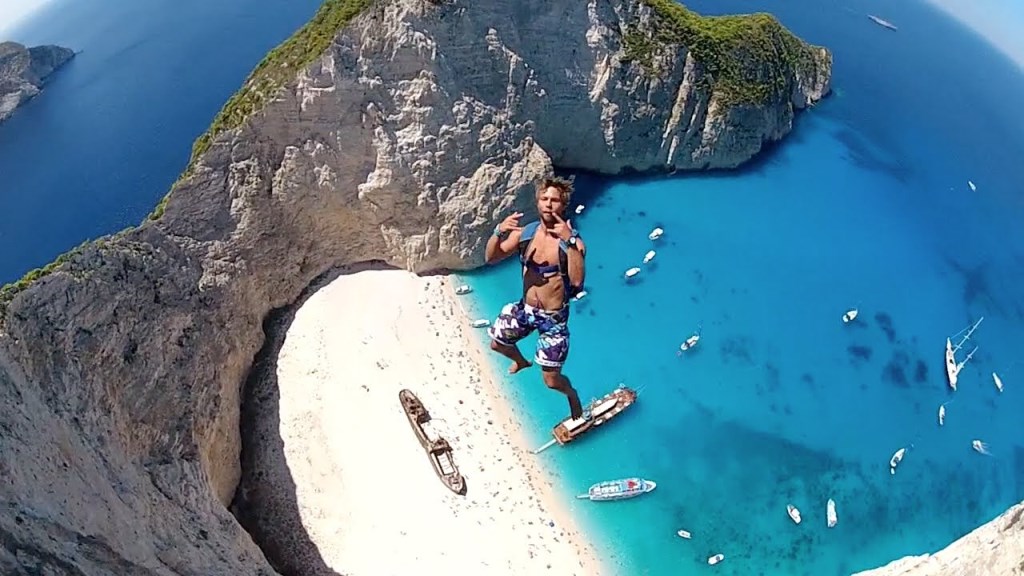 To get spectacular photos of Shipwreck Cove from above, you can drive up on top of the cliff to the viewing platform on the edge of the precipice which offers amazing photo opportunities. Most postcard photos are taken from there. It is also a famous ‘base jumping’ site and the location of the 2016 South Korean drama ‘Descendants of the Sun’, which has also increased tourism to the area.

There are also many other wonderful beaches in Zakynthos, including Vassilikos, Gerakas, Spiantza and other places on the southern side. Due to their soft sand and clean water, these beaches are used as breeding spots for the loggerhead sea turtle known as the Caretta-Caretta.

Previous Prime Minister pays Official Visit to China
Next Interview with H.E. the Ambassador of the Republic of Panama, Cristina Liakopulos de Papadikis