Agreements signed prior to spiritual pilgrimage to Mount Athos

President of the Russian Federation Vladimir Putin arrived in Athens at the end of last month where he met with the Greek leadership and signed a series of declarations and agreements on energy, tourism, technology and science.

President Putin arrived in the Greek capital, meeting first with the President of the Hellenic Republic Prokopis Pavlopoulos. He then was welcomed at the Maximos Mansion for a private meeting with Prime Minister Alexis Tsipras, which was followed by talks with the two delegations.

The Russian President was visiting Greece as part of the Greece-Russia Year and following Premier Tsipras’ visit to Moscow and St Petersburg in 2015 and President Pavlopoulos’ visit to Moscow in January.  The agenda of the two leaders and their delegations focused on:

The Russian President was accompanied by a large governmental delegation that included the Ministers of Foreign Affairs, Energy, Transport, Culture, Economic Development, Agriculture and the Government Spokesperson. The delegation also included the CEOs of gas and oil giants Gazprom and Rosneft, as well as other business representatives.

President Putin hopes that Russia and Greece “will continue to build up a multifaceted dialogue and implement joint plans together,” the Russian leader wrote in an article published in the Greek Kathimerini daily ahead of a visit to Athens.

“I am confident that friendly Russian-Greek relations are our common heritage, a solid foundation for long-term, future-oriented partnership”, he wrote. According to President Putin, Moscow “values the centuries-old traditions of friendship that have developed between our peoples.”

According to the Russian leader, “The common civilisational values, Orthodox culture and sincere sympathy create a solid foundation for cooperation.” The President further said that the celebration of the 1,000th Anniversary of Russian Monks’ presence on the Holy Mount Athos is a landmark event in 2016. “During very different historical epochs, the spiritual strength, faith and patriotism helped our peoples to overcome hardships, preserve their identity,” he said.

The Russian President claimed that the EU would not be a global player without his country’s help as he prepared for his first visit to the bloc this year. “A rightful position of the Old Continent within the new international realities can only be secured by combining capacities of all European countries, including Russia,” he said in the article. “We believe our relations with the EU do not face any problems that we cannot solve. To return to a multifaceted partnership, the deficient approach of one-sided relationships should be abandoned. There should be true respect for each other’s opinions and interests.”

In his first visit to a European Union member nation in six months, Russian President Vladimir Putin travelled to Greece to discuss energy and privatisation deals and to strengthen a traditionally close relationship amid continuing diplomatic tensions with the West.

“Greece can affect relationships with the European Union,” the Russian Head of State said during a press conference with Prime Minister Tsipras. “But we don’t expect from Greece the ‘Labours of Hercules’ in the courtyard of European bureaucracy.”

The Greek Premier said that the close ties his country holds with Russia can help promote relations between Russia and the EU, as well as Russia and NATO. “Everyone recognises that there cannot be a future for the European continent with the European Union and Russia at loggerheads,” he added.

The Russian President also warned the US and NATO to stop setting missile systems near Russia, adding that Moscow feels threatened and is ready to retaliate. Some elements of the US missile shield are being installed in Poland and Romania. “If yesterday people in these areas of Romania simply didn’t know what it means to be in the crosshairs, then today we will be forced to carry out certain measures to ensure our security,” he said, adding that the same will happen in Poland. “We won’t take any action until we see rockets in areas that neighbour us,” he said, adding that the argument that the project was needed to defend against Iran makes no sense, since an international deal has been reached to curb its nuclear programme.

During his first visit to Greece after nine years, President Putin was accompanied by a delegation of ministers and businessmen whose companies either already operate, in or are interested in Greece. Talks focused on trade and investment, in particular in energy and transport, and the Russian President openly expressed his country’s interest in taking part in the potential privatisation of Greek rail assets and the port of Thessaloniki, a major gateway into the Balkans.

Greece and Russia have flirted with the idea of Athens participating in a pipeline project that would bring Russian gas into Europe via Greece, though little progress was expected immediately.

President Putin’s trip to Greece came just 10 days after the inauguration of the Trans Adriatic Pipeline bringing gas into Europe from Azerbaijan, an international project that rivals Russia’s gas-export ambitions. It is intended to bring natural gas from the Caspian Sea, easing the region’s reliance on Russian gas.

In recent years Russia has responded to the project by proposing alternative pipelines that would promote its energy interests in Europe’s southeast, such as South Stream, which has been frozen after Bulgaria stepped back. Something that President Putin blamed the US and Brussels for, arguing that they had pressured Sofia to withdraw. Despite this, the President added that Russia plans to move ahead with an extension of its Nord Stream pipeline in the Baltics, which he hopes no one will try to hinder.

Russia is also trying to promote a direct competitor to the Trans Adriatic Pipeline, IGI Poseidon, a pipeline project driven by the Russian gas giant Gazprom aimed at bringing Russian gas via Turkey, or possibly Bulgaria, to Greece and onward to Italy.

Greece has kept close relations with Moscow even after the EU imposed economic sanctions in the summer of 2014. “Greece has repeatedly said that the vicious circle of sanctions is not productive,” the Greek Prime Minister said, adding that Greece will stick to the commitments it has as a member of the European Union.

Athens has repeatedly voiced reservations about the EU sanctions which expire in July, but hasn’t blocked them. Russia has imposed countersanctions on the West, including a ban on agricultural products that extends to Greece. “As far as Crimea is concerned, we consider this question is closed forever,” President Putin said. “Russia will not have any discussions with anyone on this subject.”

On the second day of his visit, President Putin visited a monastic community at Mount Athos in northern Greece. At Karyes, the administrative centre of Mount Athos, the Russian President was greeted by the 20 abbots of the monasteries and 20 representatives of the monks on the peninsula, as well as a representative of the Greek Orthodox Patriarch of Constantinople, under whose jurisdiction Mount Athos falls. The Russian Orthodox Patriarch Kirill of Moscow was also present to mark 1,000 years of Russian presence on Greece’s Holy Mountain. 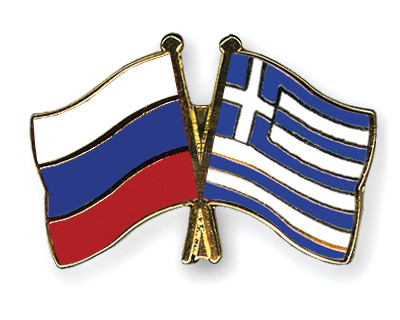 The President then visited the Russian Orthodox monastery of St. Panteleimon on the northern Greek peninsula where he praised the spiritual uplift and moral guidance provided by the austere monastic community in such a sacred place. The Orthodox tradition shared by Russia and Greece is particularly important at this moment in history noted the Russian Head of State. “Today, as we resurrect the values of patriotism, historical memory and traditional culture, we hope for… a strengthening of relations” with Mount Athos he said. “Here in Mount Athos, there is great and important work done on moral values,” he said after a Mass in his honour, where he was seated in the bishop’s throne.

Previous Visit of the Prime Minister of the French Republic
Next The Smile of the Child – how can you help?