The start of construction of TAP is marked in Thessaloniki

Under the auspices of Prime Minister Alexis Tsipras, the Trans Adriatic Pipeline (TAP) marked the start of construction of the pipeline project in Thessaloniki on May 17th. Shareholders from BP, SOCAR, Snam, Fluxys, Enagás and Axpo and over 300 high-level guests attended the event. The ceremony concluded with the signing of a pipe casing. 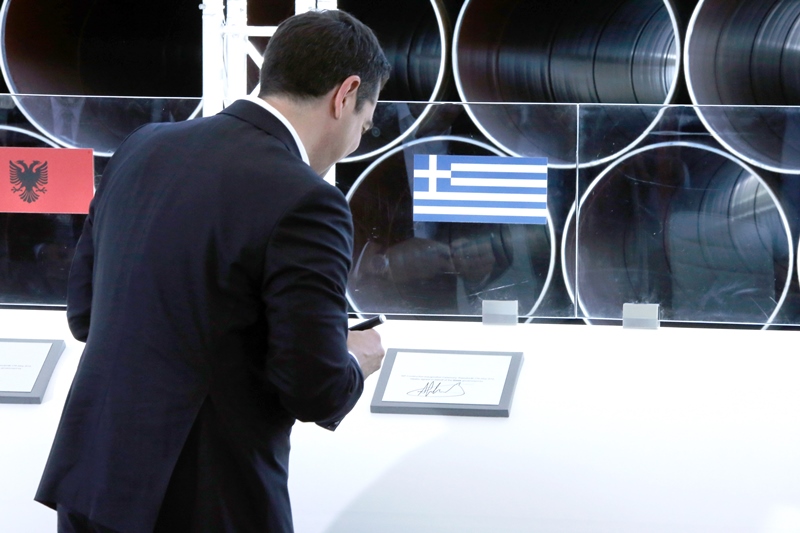 The Greek Prime Minister stated amongst others things in his speech that “the beginning of construction for the Trans Adriatic Pipeline, TAP, is taking place at a pivotal time for the Greek economy and our wider region. With regard to the project’s financial aspect, ensuring Europe’s energy supply, as well as diversifying its energy sources and routes, constitutes the foundation stone of both our country’s energy strategy and the overall European planning… As for its geo-strategic aspect, this project can contribute to energy becoming a bridge of collaboration and prosperity for everyone in our region.”

TAP Managing Director Ian Bradshaw commented: “today’s event marks a major milestone for TAP, our shareholders and for the energy landscape of Europe. After winning the bid in 2013 and working diligently to prepare for this moment, we are delighted to have started constructing the pipeline – a strategic project for Europe transporting new sources of Caspian gas via a new route commencing in 2020 and for years to come.”

“Our commitment to this project along with the endorsement of all parties present here today will help ensure that we deliver gas to European markets on schedule, bringing significant economic benefits to both our host countries and the countries where Caspian gas will be sold. TAP will also help integrate and diversify Europe’s energy supply, making a significant contribution to improving its energy security.”

Within the context of the inauguration ceremony, Greek Minister of Environment and Energy Panos Skourletis stated, regarding the overall significance of the project: “today, we have proceeded from the concept of a very significant energy project of global impact, to its implementation. We go from theory to practice, in order for Greece to set a new course entailing growth for all. TAP’s importance transcends our country’s geographical borders and the short-term timeframe. It constitutes a special kind of infrastructure pertaining to the energy sector, which can support great endeavours and long-term plans. We will continue towards that direction, in order for this type of energy infrastructure to enable further support to everyone’s development efforts, as well as Greece’s dynamic interaction with the other countries of either energy flows or needs”.

The 48 inch diameter (36 inch offshore and in Italy) Trans Adriatic Pipeline, which constitutes the European leg of the Southern Gas Corridor, is a gateway project that will deliver 10bcm/a of new Caspian gas supplies to Europe from 2020. 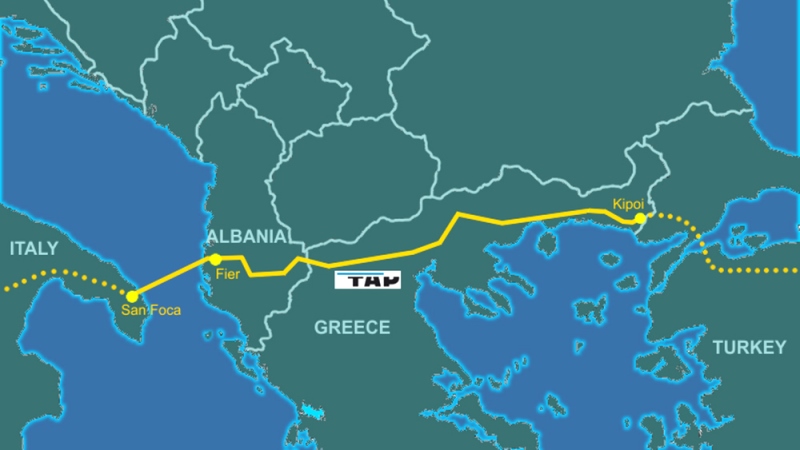 TAP will transport natural gas from the giant Shah Deniz II field in Azerbaijan to Europe. The 878 km long pipeline will connect with the Trans Anatolian Pipeline (TANAP) at the Turkish-Greek border at Kipoi, across Greece and Albania and the Adriatic Sea, before coming ashore in Southern Italy.

TAP’s routing can facilitate gas supply to several South Eastern European countries, including Bulgaria, Albania, Bosnia and Herzegovina, Montenegro, Croatia and others. TAP’s landfall in Italy provides multiple opportunities for the further transportation of Caspian natural gas to some of the largest European markets such as Germany, France, the UK, Switzerland and Austria.

TAP will promote the economic development and job creation along the pipeline route; it will be a major source of foreign direct investment. With first gas sales to Georgia and Turkey targeted for late 2018, first deliveries to Europe will follow approximately one year later in early 2020.

(Photo: K.Tsakalidis/Office of the Prime Minister)