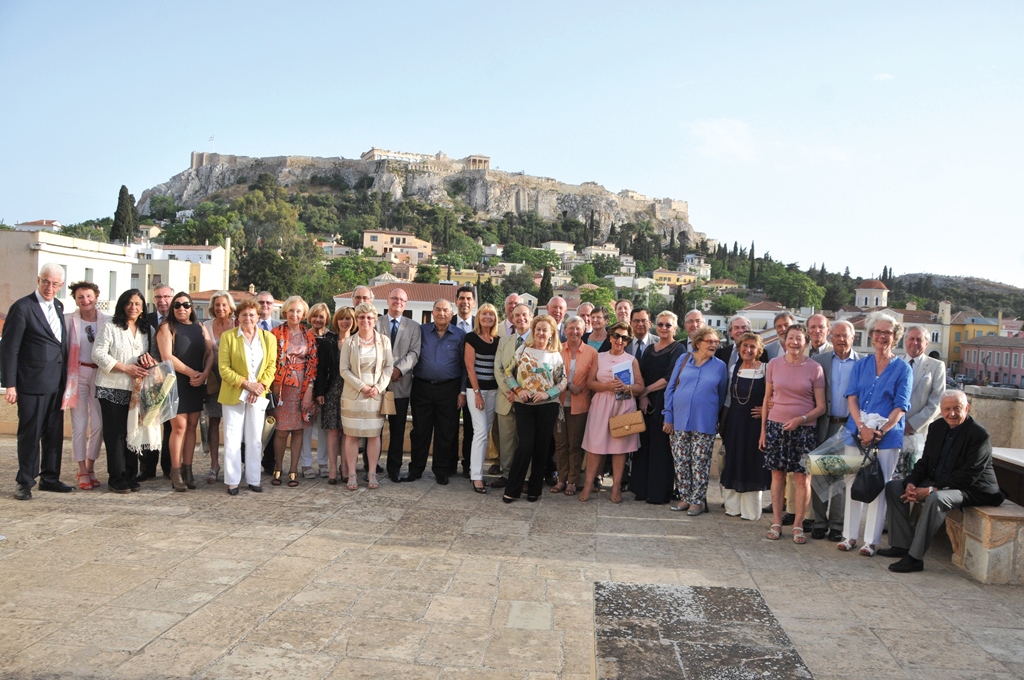 On the occasion of the visit to Greece by Members of the Consular Corps of Liege (CCL), Belgium, the Consular Corps of Greece (CCG) hosted a reception in their honour. The guests had the opportunity to taste traditional Greek coffee and handmade sweets. The event took place at the picturesque Centre for Greek Tradition in the area of Monastiraki. The guests were welcomed by CCG´s President and General Consul of Liberia Capt. Nikolaos Soutos.

The Secretary General and Consul of Nicaragua, Miguel Capuano highlighted the history, tasks and events that CCG organises. Then the audience was addressed by the Consul of Belgium in Greece, Mrs. Dominique Schoofs, who welcomed her compatriots and spoke about the close relations that can be developed between the two Consular associations.
Continuing, Professor Robert Laffineur, Honorary Consul of the Greek Republic in Liege, responded on behalf of the guests by thanking his Greek counterparts for their hospitality, wishing that the relationship between the two Corps become stronger.
Finally he extended an invitation to the CCG Members to advise him if they visit the beautiful city of Liege.
Concluding, Mr. Gerolymatos, President of the Centre for Greek Tradition presented to the guests the history and the work which has been done over the course of many years at the Centre and then, guided the guests through the premises where they had the opportunity to see several traditional items coming all over Greece. The guests then moved to the terrace were they admired the Acropolis which presented an ideal photo opportunity.
In this event the CCG was represented by President Capt. Soutos, Vice President Terina Kalogeropoulos Armenakis, Secretary General Miguel Capuano and BoD Members Dr. Ioannis Lyras, Hrny Consul of Brazil Mrs. Genoveva Bernard de Roidis and General Consul of the Dominican Republic and Mr. Christos Vardikos amongst others.