The celebration of the Greek War of Independence in Qatar 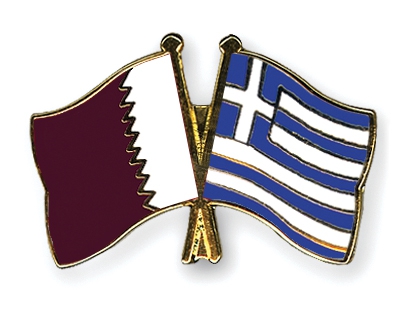 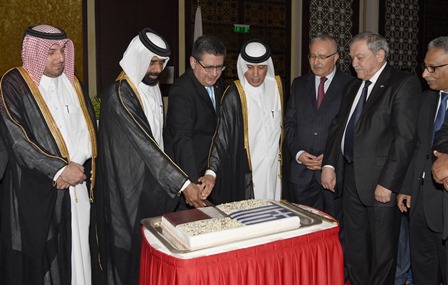 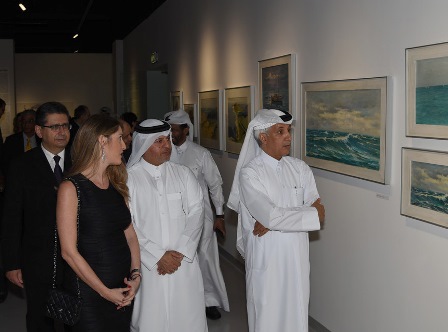 Every March 25th, Greece celebrates its National Day all over the world. On this occasion the Ambassador of Greece in Qatar, Ioannis Metaxas, hosted a warm reception, to which hundreds of distinguished guest were present to express their congratulations and best wishes to His Excellency the Ambassador and Embassy Staff on this special day.

Ambassador Metaxas underlined with his welcoming speech the excellent relations between Greece and Qatar “…This celebration refers to the beginning, back in 1821, of the Greek War of Independence. Later, in 1830, the Independence of the Modern Greek State was internationally recognised. We, therefore, celebrate this year the 195th Anniversary from the beginning of the Greek War of Independence and the 186th Anniversary from the Declaration of the Independence of Greece. However, the history of Greece did not start in 1821, but, as you all know, back in antiquity, at least 4,500 years ago.

“During the past two centuries, Greece and the Greek people have continued to maintain and develop close relations with our neighbouring Arab nation, as we always did in the whole course of our history. Within this context, Greece recognised the Independence of Qatar and both states concluded diplomatic relations back in 1973, which happily continue for 43 years up to today. In 2007, both countries put into operation Embassies in the two capitals.

“Today, bilateral relations are excellent and continue to develop in a harmonious way. In this context, some top Greek construction companies are successfully operating in Qatar. They are working hard to meet the challenges of the organisation of the FIFA World Football Cup in 2022 and the Qatar National Vision 2030. These are the important objectives of Qatar that will certainly be achieved under the wise leadership of His Highness the Emir, Sheikh Tamim bin Hamad Al Thani.

“At the same time, more than 2,000 Greeks live and work in Qatar. They are thankful for the friendship and hospitality displayed by the Qatari authorities and people.

“We are also witnessing a steady increase of the overall trade volume between our two countries, which, although at a modest level, is a considerable sign of mutual trust. Moreover, we see that more and more Qatari citizens visit Greece every year to spend their holidays. All of them are most welcome.

“I have no doubt that, in the future, the relations between Greece and Qatar will continue to develop in the same way as until today, because they are built on the solid bases of our traditional friendship and mutual respect.

“On our side, the Greek Government is also committed to cooperate with all our partners and honour our obligations, in order to bring the country back to a sustainable growth. Within this context, Qatar can play a key role, by enhancing bilateral trade, by investing more in Greece and by engaging more the Greek companies and their valuable know how to its various projects.

“I am also pleased with the celebration of the Francophony in Doha. Greece as its member and under this framework organised in Katara Village one exhibition entitled ‘Greek Art and Orientalism’. This exhibition was presented by the Embassy of the Hellenic Republic in Doha, the Cultural Village ‘Katara’ and the curator Marilena Koutsoukou.”