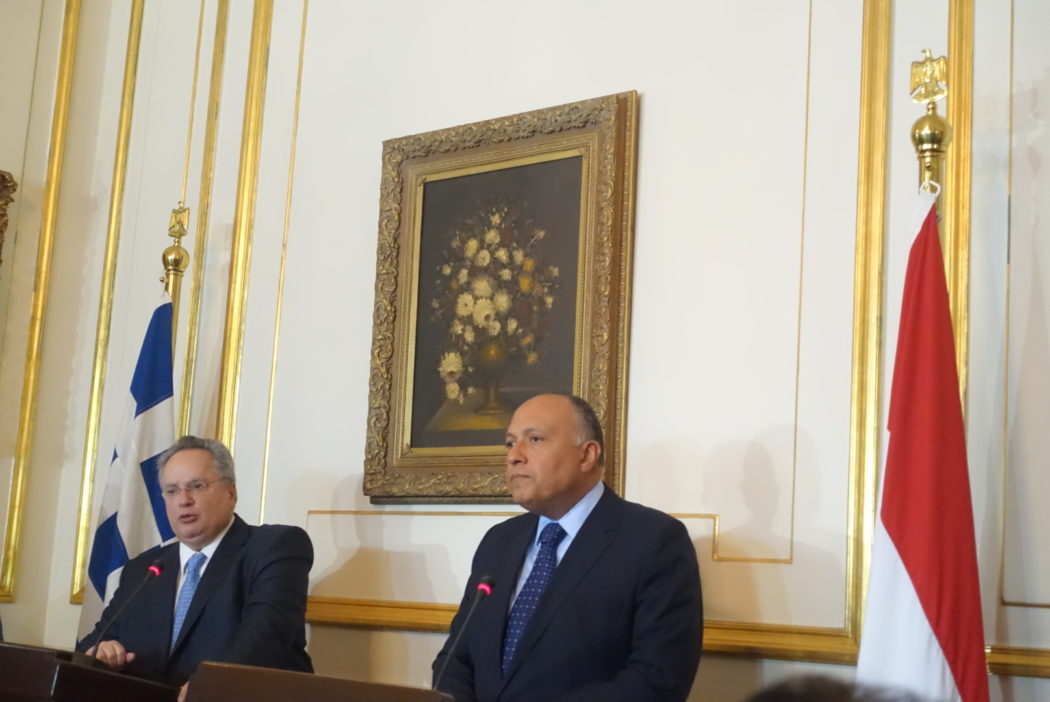 g of cooperation and bilateral exchanges on all fields was reaffirmed between the Foreign Ministers of Greece, Nikos Kotzias, and of Egypt, Sameh Hassan Shoukry, during a meeting they recently had in Cairo. At the press conference after their talks, the two top diplomats confirmed the keenness of both countries to consolidate relations.

Foreign Minister Nikos Kotzias visited Cairo for talks, where he had meetings with the Egyptian leadership. He was received by the President of Egypt, Abdel Fattah Al-Sisi, and, subsequently, by Prime Minister Sherif Ismail. He then had a meeting with Egyptian Foreign Minister Sameh Shoukry, after which the two Ministers held a joint press conference. The Greek Minister concluded his visit to Egypt with meetings with representatives of the Greek Egyptian community and the Patriarch of Alexandria. 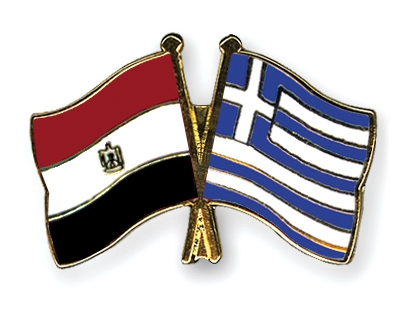 Both Foreign Ministers convened for talks on boosting bilateral cooperation in the economic and political domains. Talks also tackled tripartite cooperation involving Athens, Cairo and Nicosia, in addition to other regional and international issues of mutual interest. Minister Shoukry noted that over the past one year and a half several meetings were held at the summit level and at the bilateral and trilateral levels with Greece. He added that their talks took up means of promoting joint cooperation along with the overall regional situation.

The two countries, as both Ministers explained, have decided to take initiatives for the development of a wider security system in the South Eastern Mediterranean region. “There is a common line of agreement, in particular on the challenges that are urgent at this time, such as the security sector”, Minister Shoukry said. The two sides maintain close contacts and efforts for establishing peace and stability in the Middle East and Mediterranean regions, he added. 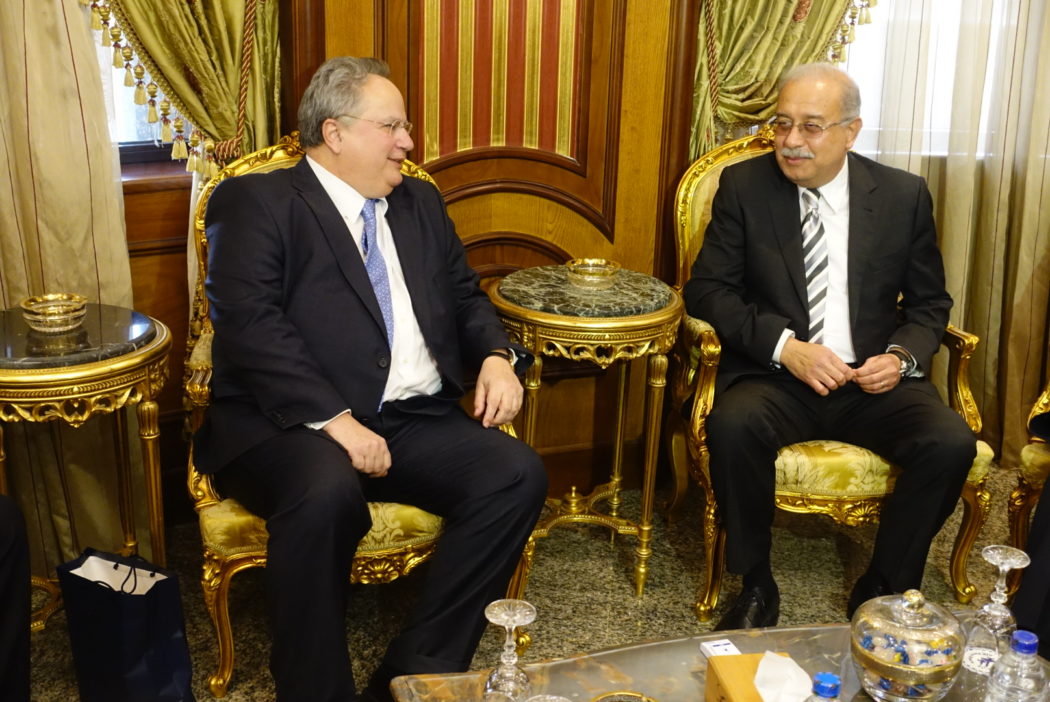 “For us Egypt is the heart of the Arab world” and “a cornerstone for stability in the region”, Minister Kotzias said, noting that “the stability and security of Egypt is crucial to the stability and security in the Mediterranean”. As explained by the Greek Foreign Minister, “Greece defended Egypt in all forums because that is what the EU’s interests dictate”. “The rise of jihadism and terrorism is our common enemy”, he added.

The Egyptian Foreign Minister had previously expressed his gratitude, both to Minister Kotzias personally, and to the Greek Government, for the support his country received from Greece: “Greece offered a great assistance to Egypt; it was the country that managed to convey to Europe the real picture that prevailed and not the one some spread”, he said, adding that Egypt completed the political roadmap set by President Sisi since the beginning of his presidency, with the holding of presidential and parliamentary elections.

The Greece-Egypt political dialogue is ongoing reaffirmed the two Foreign Ministers, expressing unanimity of views on the peace efforts in Syria, “from where the large refugee flows that endanger Greece and Europe originate,” Minister Kotzias noted. “The only way is political dialogue and finding a solution acceptable to all parties”, Minister Shoukry added, describing the situation in Syria as “inhuman”. Minister Kotzias further praised the Egyptian Government for defending the rights of Christians, who were exposed to great danger in recent years, as well as the protection of all social groups.

Particularly positive was the assessment of the tripartite cooperation of the two countries with Cyprus, as they both highlighted, a collaboration to the benefit of the people. On his part, the Greek Foreign Minister expressed the satisfaction of Greece for the development projects in the Suez Canal and the new partnerships in this area, as well as for the cooperation between the two countries’ ports. He also made a particular reference to cooperation on energy.

A third point of criticism for the EU, the Greek Minister said, is the lack of implementation of migrants’ readmission agreements from certain countries, in particular, referring to various causes that create the refugee stream that passes through Turkey. He also stressed that “Turkey must implement the agreement it made with the EU”, noting however that “also responsible for its non-implication are some EU member states that want to exercise foreign policy in our region as if we are living in the 19th Century”.