diplomat March 24, 2016 POINT OF VIEW Comments Off on FM on Parliamentary Committees 2,051 Views 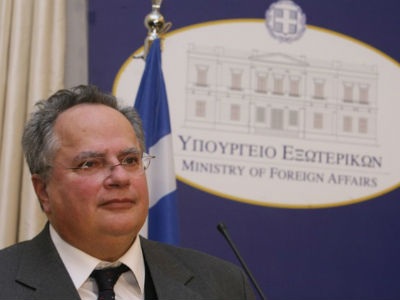 Strengthening and highlighting the role of Parliamentary Diplomacy

The following speech on strengthening and highlighting the role of Parliamentary Diplomacy within Parliamentary Friendship Groups was made by the Minister of Foreign Affairs, Nikos Kotzias, before distinguished Members of the Hellenic Parliament.

I thank you very much for the invitation. I hope I am useful to you today. But I hope even more that our Ministry is useful to you over the coming years – and, after today, in an enhanced manner – and can contribute and assist, with texts and thoughts, in the great task you are undertaking.
As you know, the Foreign Ministry has four Ministers at this time. It has hundreds of worthy diplomats, but for me, our having MPs and the Parliamentary Friendship Groups with third countries is like having three hundred Ministers of Parliamentary Diplomacy and many more voices that we can organise.

“They play a very big role, these committees, in the development of interpersonal relations. For me, from the perspective from which I see the functioning of foreign policy, they are important.”