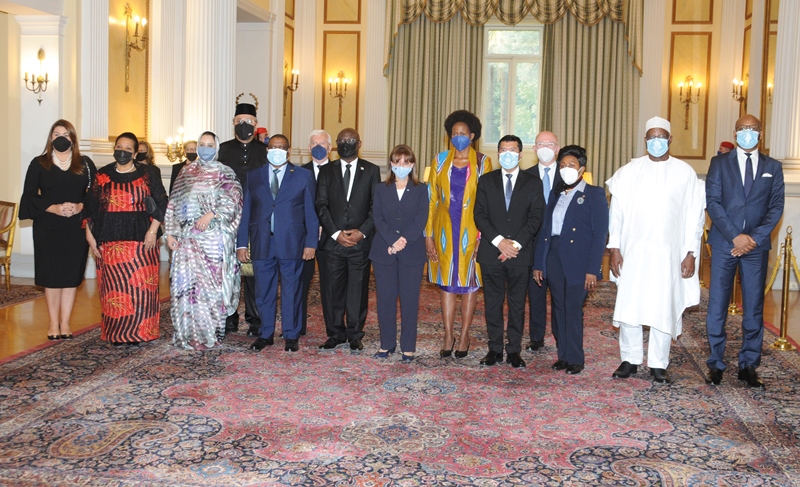 The President of the Hellenic Republic, Katerina Sakellaropoulou, recently received the credentials of several new non-resident Ambassadors in a formal ceremony held in the Presidential Palace Hall before the Secretary General of the Ministry of Foreign Affairs, Ambassador Themistocles Demiris, the Secretary General of the Presidency of the Hellenic Republic, Ambassador Vassilios Papadopoulos, MoFA Deputy Chief of Protocol, Eleni Triantafyllou, the Presidential Guard and diplomatic staff and members of the Embassies and Consulates.