Minister of Foreign Affairs in Skopje

During the meetings, bilateral relations in all fields, including the economy and energy, investments and commerce, transport and the tackling of the Covid-19 pandemic, as well as the country’s European perspective were discussed. Within this context, Minister Dendias raised the issue of the full, consistent and in good faith implementation of the Prespa Agreement with the aforementioned officials. Developments in the Western Balkans and the wider region were also examined. 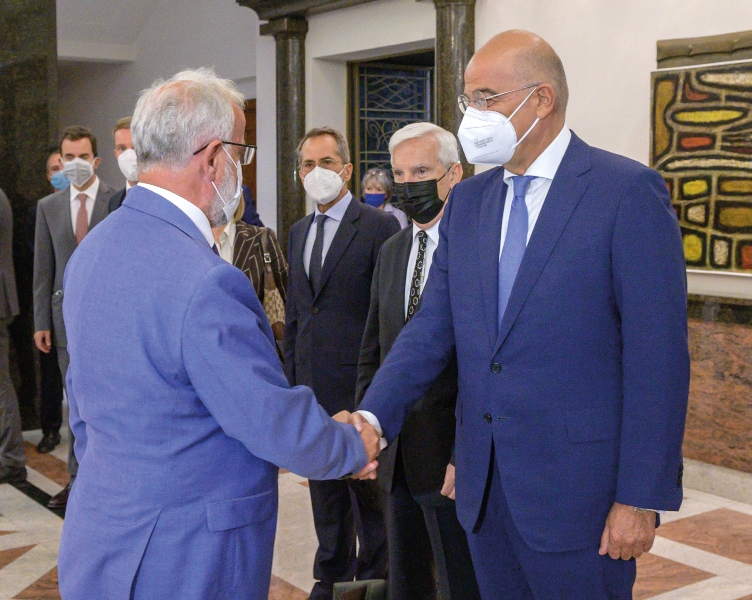 Greece wants to be “North Macedonia’s closest ally and its best friend,” Minister Dendias said during a meeting with Minister Osmani. Noting that the faithful implementation of the Prespa Agreement between the two countries would serve as a foundation for closer relations, he added during joint statements, “as an immediate neighbour, Greece has every reason and interest in your country’s and your people’s stability, security and prosperity.” He also expressed Greece’s support in North Macedonia’s European prospect and in the start of accession negotiations with the EU. “The West Balkans must never be allowed to become the powder keg of Europe again, as we always tell our European partners,” he said, adding that Greece is doing what it can to guarantee that stability in the region.

Minister Dendias said that the recent defence agreement signed by North Macedonia and Turkey created some questions in Greece, but he said that he had received the necessary clarifications by Minister Osmani. He also thanked North Macedonia for supporting Greece’s candidacy for a seat as a non-permanent Member in the UN Security Council in 2025-2026 and for its statement condemning illegal Turkish actions in Varosha on Cyprus. The two Ministers further discussed energy collaboration and Greek investments in North Macedonia, while Minister Dendias noted that Greek business owners have invested over half a billion euros and created over 20,000 jobs in the country. Bilateral trade reached to nearly 800 million euros last year, despite the pandemic, he added. 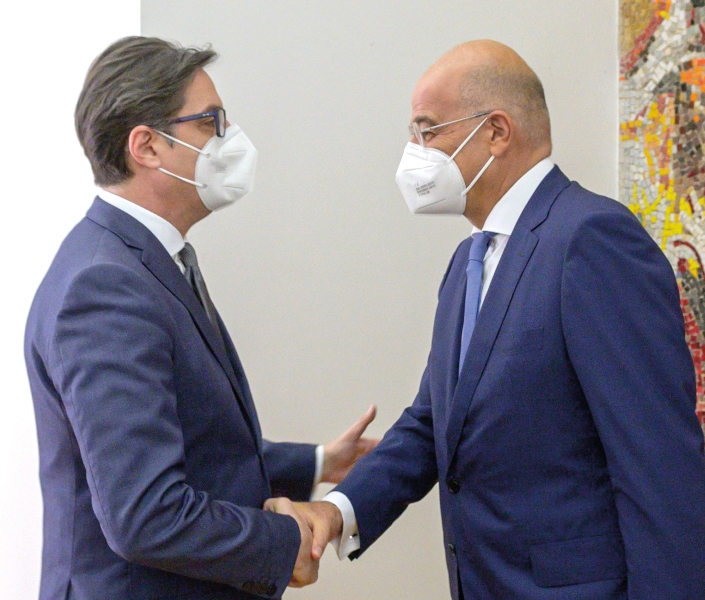 Minister Dendias welcomed the collaboration with Greece in defence, including the supervision of North Macedonia’s airspace by the Hellenic Air Force and the cultural agreement to preserve and protect Byzantine and post-Byzantine monuments in the country. He also welcomed the latest actions of North Macedonia in changing names, according to the Prespa Agreement provisions.

Minister Osmani thanked Greece for its support in seeking EU membership and for the 120,000 coronavirus vaccines it sent to his country, which made a difference in protecting the public. He said the visit by the Greek Minister contributed to developing the two countries’ economic relations and noted that trade between the two countries rose by 20% in the first quarter of the year, compared to the corresponding quarter in 2020. The visiting Minister further met with representatives of Greek businesses active in North Macedonia. 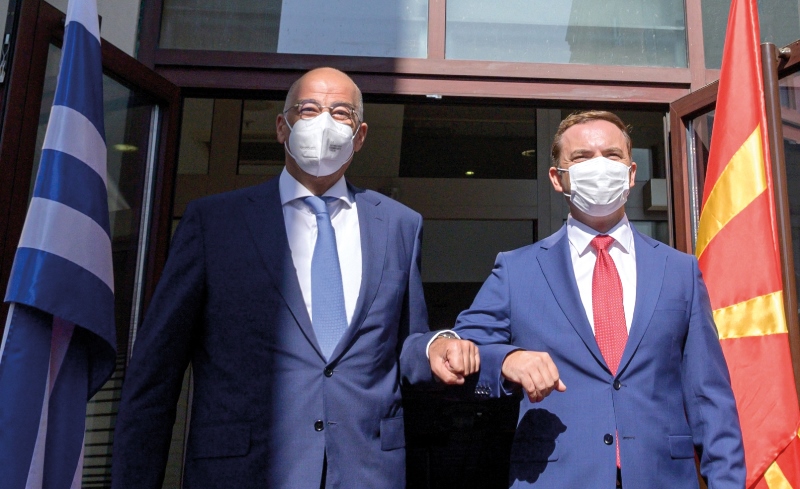