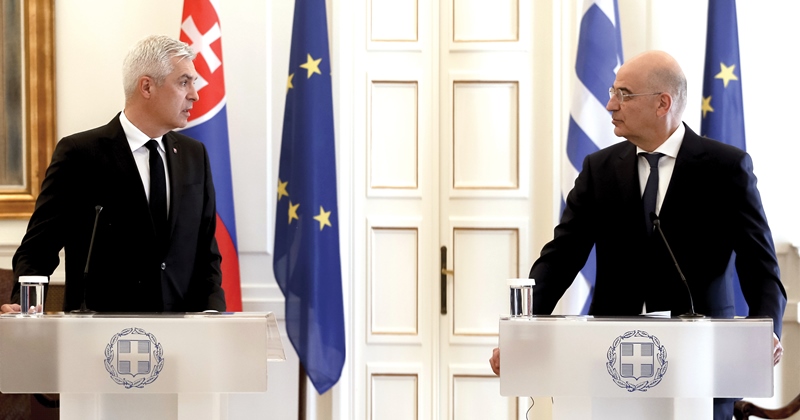 “Need to intensify political contacts, even at the highest level, and also to open new opportunities for business entities”

“The visit has confirmed our bilateral interest in strengthening bilateral relations.  We agreed on the need to intensify political contacts, even at the highest level, and also to open new opportunities for business entities. A scope for deepening the cooperation is also offered in defence, as well as in education, culture, science and research,” stated Minister Korčok.

On the occasion of the visit to Athens, he congratulated his Greek partners on the 200th Anniversary of Greek Independence, which he deemed to be an important historical milestone. In this regard he highlighted the active participation of the Slovak Embassy in Athens in the cultural and educational events and the scientific and innovation programmes which constitute a part of the Greece 2021 project.

Minister Dendias and Minister Korčok also discussed current foreign policy issues, as well as the situation in the Eastern Mediterranean, the Cyprus issue, as well as security issues and migration policy. Minister Korčok expressed his appreciation for the on-going dialogue of Greece with Turkey expressing his solidarity to his Greek partners.

On his part, Minister Dendias said that “beyond our cooperation within the context of the European Union and NATO, we have a great deal of room to develop our bilateral relations; in the economic sector – where we agreed that we need to step up our effort – in energy, in tourism. It is important that we have begun capitalising on our potential.” He also had the opportunity to brief his counterpart on his recent visit to Ankara, “as I did within the context of the Foreign Affairs Council. And I repeat what we always say: that the Mitsotakis Government is pursuing understanding with everyone, including Turkey. But we must be clear: This can happen only within the framework of International Law and within the framework of the UN Convention on the Law of the Sea. There are no solutions to be found outside of this framework. And of course, we hope that the de-escalation we have seen on the part of Turkey will continue,” Minister Dendias pointed out.

They also discussed the European perspective of the Western Balkans. Both Ministers have signed the letter to the High Representative, Mr. Borrell, so that a strategic discussion on the Western Balkans can be held as soon as possible within the context of the Foreign Affairs Council. 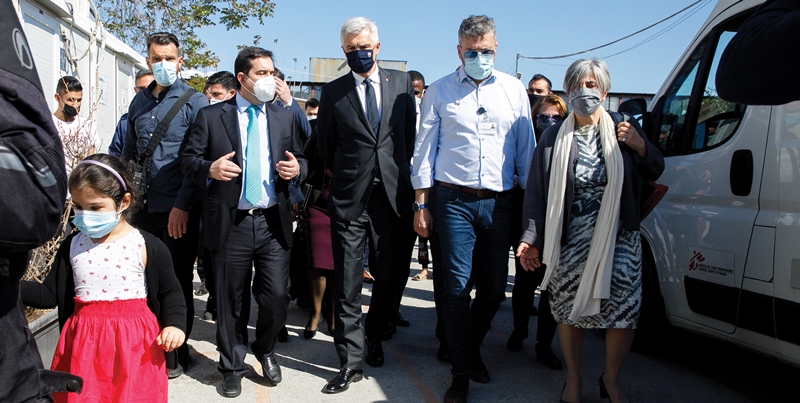 Minister Korčok further expressed his continuing support of Greece in managing the impacts of migration, which is also attested to by the Slovak project, whereby Slovakia will provide Greece with assistance valued at 1 million Euro. Accompanied by the Minister of Migration and Asylum of Greece, Notis Mitarachi, Minister Korčok, visited the Athens Eleonas refugee camp.

The two sides were also said to have discussed the developments of the pandemic. The Slovak Minister conveying a thank you for the expressed solidarity of the EU countries including Greece, owing to which Slovakia will get almost 700 thousand Pfizer-BioNTech vaccines by the end of June.

Previous Leadership in Health; Leadership in Diplomacy by Dr. Vassilis Apostolopoulos
Next ‘Digitalisation and the changing public sphere – risks and opportunities for representative democracy’