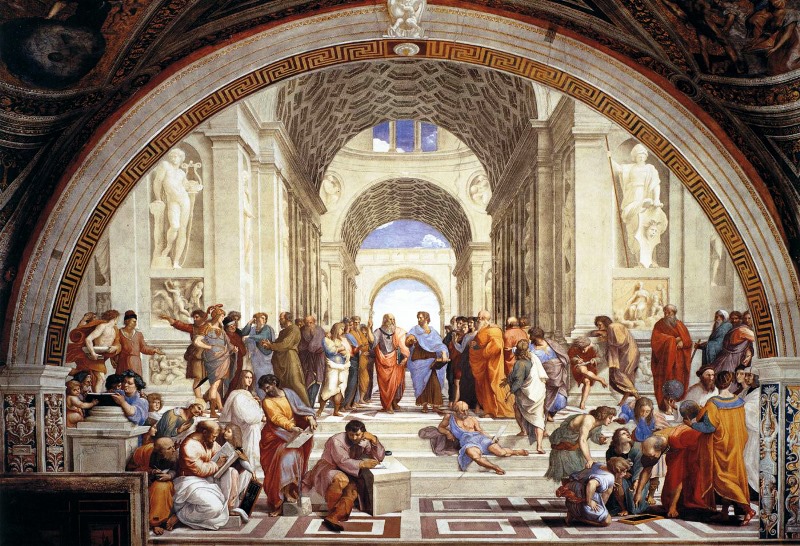 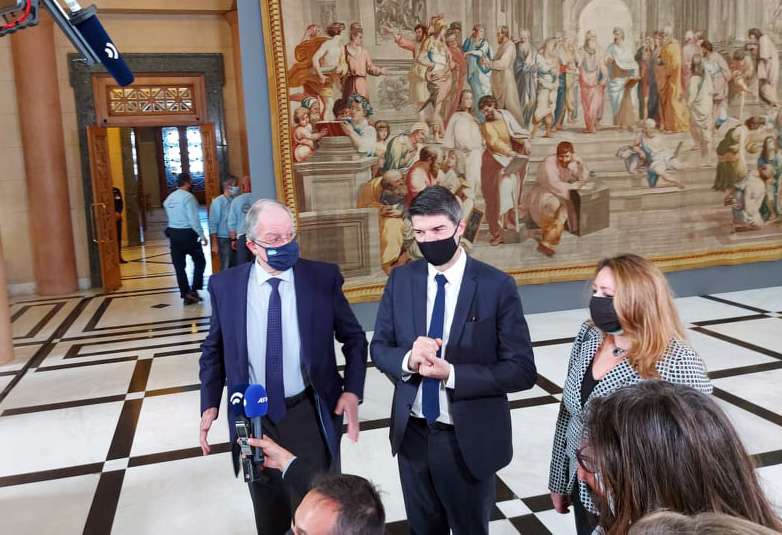 The tapestry entitled ‘The School of Athens’, a loan from the French National Assembly, has arrived in Athens. It was installed as an exhibition piece in the Hellenic Parliament in the presence of the Speaker of the Greek Parliament, Konstantinos Tasoulas, and the French Ambassador to Greece, Patrick Maisonnave.

The loan of the tapestry is a friendly gesture by the President of the French National Assembly, Richard Ferrand, on the occasion of the celebration of the 200th Anniversary of the Greek Revolution. The tapestry is a copy of the 18th Century one, similar to that posted in the hall of the French National Assembly, above the President’s seat in the Chamber.

The impressive wall hanging in wool, silk and gold thread, measuring 8.9m by 4.95m, had been woven in the workshops of the Manufacture des Gobelins between 1734 and 1737, after a cardboard by Valentin de Boulogne, inspired by the frescoes that Raphael executed between 1508 and 1512 in the Vatican.

It had been hanging in the French Assembly since 1879, when the chambers of the Third Republic returned to Paris, which previously sat in Versailles. 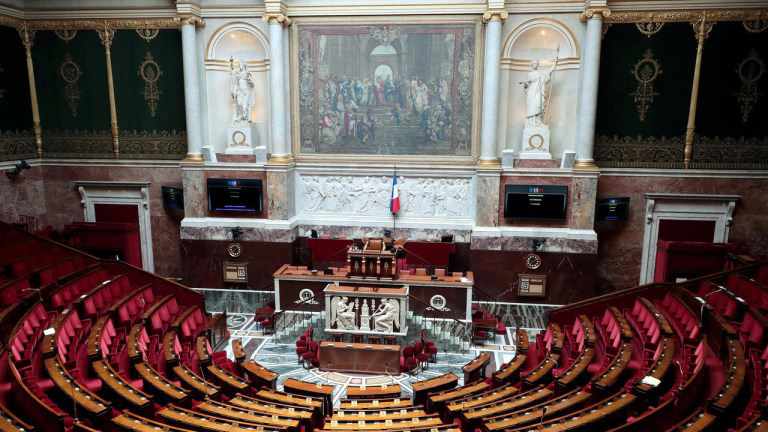 The loan to Greece has been described as a gesture of commemoration of the bicentennial of the Greek War of Independence.

In a message on Twitter, Secretary General of the Hellenic Parliament George Mylonakis thanked French lawmakers for the gesture and described the work as “an ode to Greek thought that laid the foundations of Democracy.”

The High Renaissance fresco ‘The School of Athens’ represents all the greatest mathematicians, philosophers and scientists from classical antiquity gathered together sharing their ideas and learning from each other. These figures all lived at different times, but here they are gathered together under one roof by Rafale who painted the fresco between 1509 and 1511 as his commission to decorate the rooms now known as the Stanze di Raffaello, in the Apostolic Palace in the Vatican.

The tapestry was reportedly restored in August 2020. 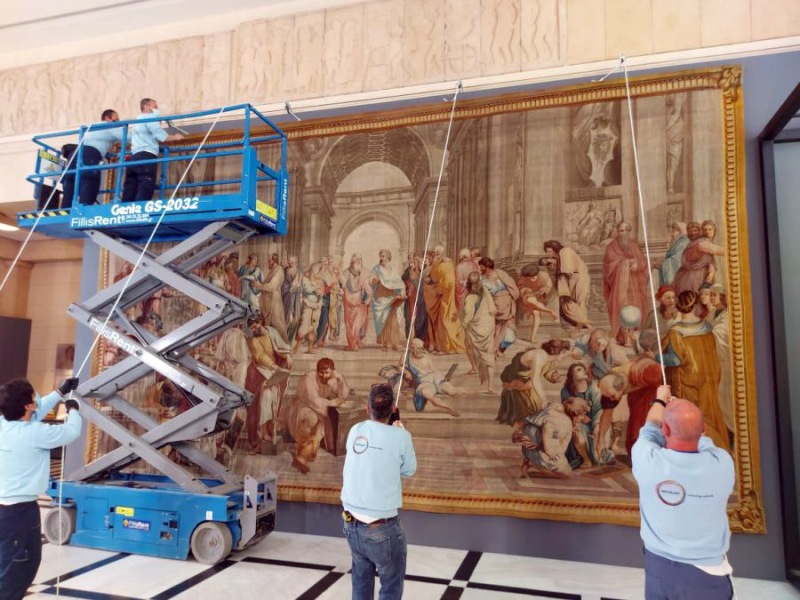 Previous 1st Philia Forum: ‘Building Friendship, Peace & Prosperity from the Mediterranean to the Gulf’
Next 200 Years of Freedom – Koniakos in 1821