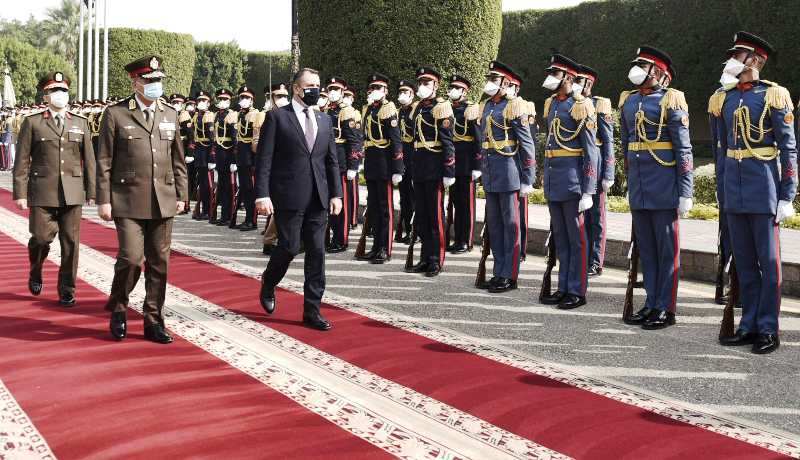 Strengthening relations in the military and security sectors

The Minister of National Defence Nikos Panagiotopoulos had discussions with the President of Egypt, Abdel Fattah El Sisi, and his Egyptian counterpart, General Mohamed Zaki, within the context of his Official Visit to Egypt on December 3rd-5th.

The Greek Minister was welcomed by the President of the Arab Republic of Egypt at the Presidential Palace in Cairo; during the meeting, the excellent level of cooperation between the two countries, as well as the will for the further enhancement of the strategic cooperation, were confirmed.

According to the Egyptian Presidency, the meeting also discussed ways to strengthen military cooperation between the two countries, as well as reference the latest developments in regional and international issues, especially in ways to combat terrorism.

The Egyptian leader described the military cooperation between Egypt, Greece and Cyprus as “an example of a good neighbourhood for the security and stability of the Eastern Mediterranean region, which is always based on international rules.”

The tripartite cooperation between Egypt, Greece and Cyprus is based on respect, good neighbourliness and mutual interests of the three countries, in accordance with international rules for the security and stability of the Eastern Mediterranean region, an Egyptian statement said.

On his part, the Greek Minister conveyed to the Egyptian President the greetings of Prime Minister Kyriakos Mitsotakis, emphasising that his visit to Egypt reflects the strengthening of strategic relations between the two countries and their desire to work for security and stability in the region.

The Egyptian Minister of Defence Mohamed Zaki welcomed his Greek counterpart and expressed Egypt’s appreciation of the firm relations with Greece and the keenness of the Armed Forces’ command to enhance bilateral cooperation and partnership in security and military fields.

The Ministers discussed latest developments on regional and international issues, alongside issues of mutual concern in light of the military cooperation and expertise exchange between the Armed Forces of both countries.

Minister Panagiotopoulos hailed the Egyptian-Greek relations, saying that they witness progress in all cooperation fields. He also praised Egypt’s effective role at the regional and international levels, as well as its efforts to achieve security and stability in the Middle East.

On December the 5th, Defence Minister Panagiotopoulos was joined by the Hellenic National Defence General Staff Chief General Konstantinos Floros and observed the late phase of the largescale MEDUSA 2020 military exercises between Greece, Cyprus, Egypt, France and the United Arab Emirates just off the coast of Alexandria, Egypt. 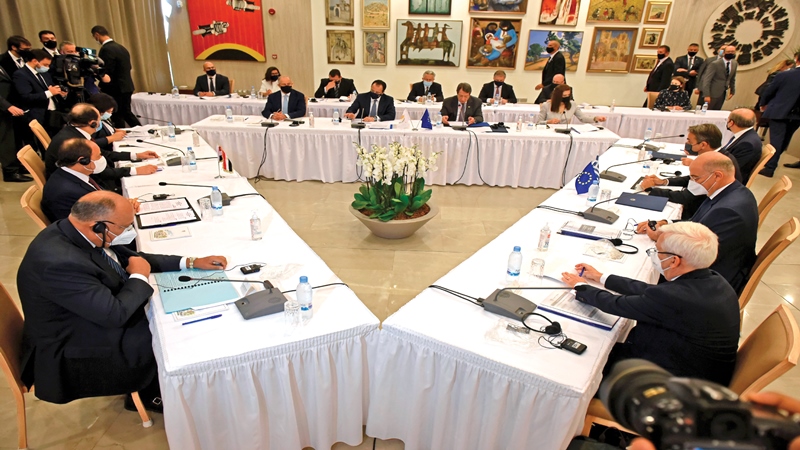 Pictured above: the Official Arrival Ceremony of the Greek Minister of National Defence Nikos Panagiotopoulos to Cairo, hosted by his Egyptian counterpart, General Mohamed Zaki; President Abdel Fattah El Sisi grants an audience with the Greek Defence Minister; officials representing Greece, Cyprus, Egypt, France and the United Arab Emirates as they prepare for the Medusa 2020 military exercises just off the coast of Alexandria, Egypt. 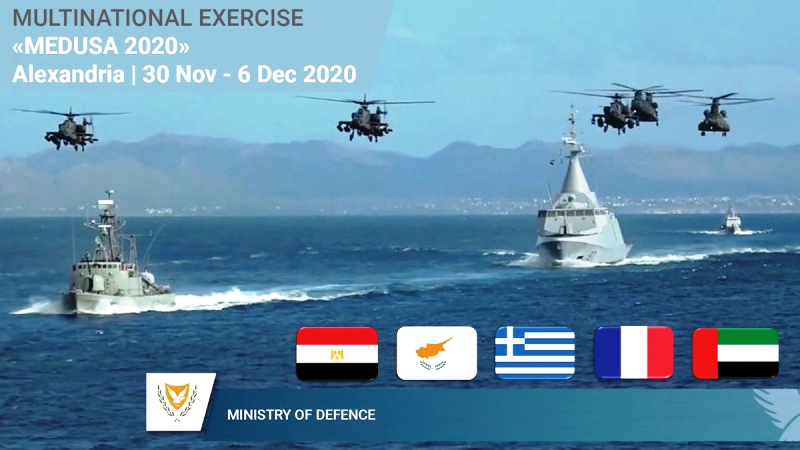