The signing of the Strategic Partnership Declaration, as well as the Agreement on Cooperation in the fields of Foreign Policy and Defence during the recent Greek delegation’s visit to the United Arab Emirates, headed by Prime Minister Kyriakos Mitsotakis, further strengthens the relations between both countries.

During the meeting, which took place at the Al Shati Palace in Abu Dhabi, Sheikh Mohamed bin Zayed welcomed Premier Mitsotakis and his delegation, with both sides discussing the significant relations between the UAE and Greece and ways of developing and consolidating their joint interests in all areas, in addition to several regional and international issues of mutual concern.

They also highlighted multiple areas of cooperation between the UAE and Greece and promising development opportunities, most notably in the areas of investment, commerce, politics, culture and defence. Thereafter, they discussed the coronavirus pandemic and the efforts of the international community to contain its humanitarian and economic repercussions. 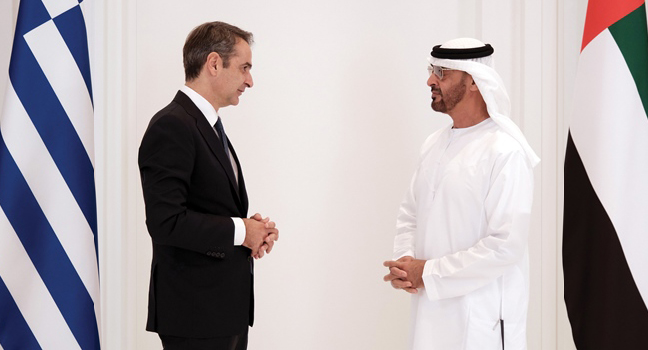 His Highness Sheikh bin Zayed and Prime Minister Mitsotakis were said to have exchanged opinions on regional and international issues that concern both countries, most notably the developments in the East Mediterranean.

Both sides affirmed the distinguished relations between their countries, which are based on a strong political will, and their ongoing cooperation while agreeing on many topics relating to finding peaceful resolutions to the conflicts and crises witnessed by the region, and driving their diplomatic efforts to achieve the aspirations of their peoples for peace, prosperity and development, as well as for security and stability in the region and the rest of the world.

Sheikh bin Zayed stated that promoting dialogue, peaceful actions, respect for the sovereignty of countries and not interfering in their internal affairs is the correct way to resolve disputes in the region, noting that the UAE is always working to establish peace.

The UAE is closely monitoring the developments in the East Mediterranean, given its importance to regional and international stability and peace, he added, stressing that terrorism is the most serious threat to international peace and development, and noting that the UAE is supporting tolerance and coexistence and denouncing the exploitation of religious slogans to promote hate speech.

Prime Minister Mitsotakis lauded the bilateral relations between the two countries and their overall cooperation while highlighting the keenness of Greece to enhance its coordination with the UAE and praising the UAE’s role in supporting Greece’s healthcare sectors in combatting the coronavirus pandemic.

He further praised the initiatives launched by the UAE to instill values of peaceful co-existence and tolerance among peoples, particularly during times of crises.

Agreements on strategic partnership & cooperation signed in the UAE 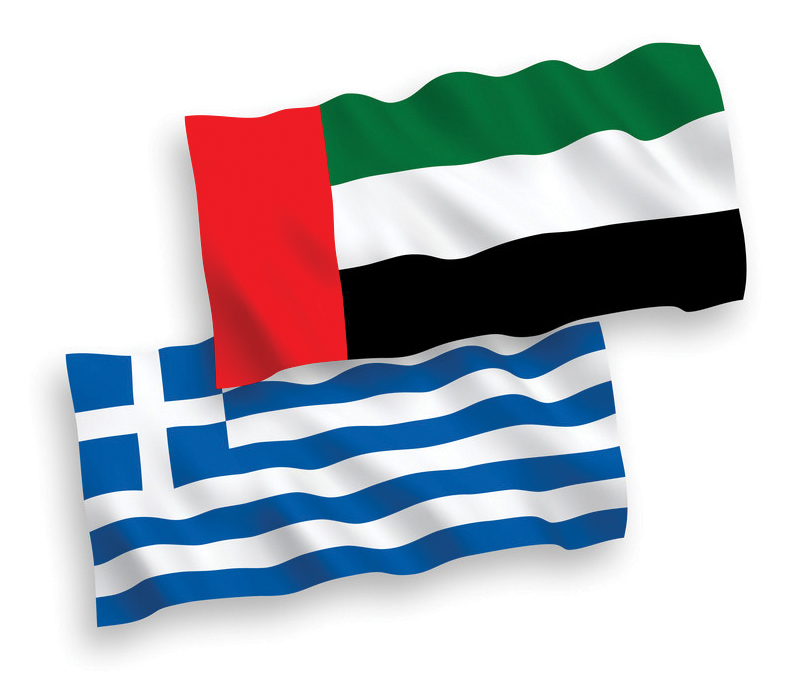 The strengthening and upgrading of bilateral relations at a strategic level was sealed by the meeting of the Greek Prime Minister with the Crown Prince of the United Arab Emirates. In line with political and defence cooperation, the two leaders expressed a strong desire to strengthen the economic relations between the two countries.

At the same time, the upgrading and deepening of the relations between Greece and the UAE gives a new perspective to the strengthening of the regional multilateral cooperation schemes that move in the same strategic axis, guided by the consolidation of a climate of stability and peace in the wider region.

During the meeting, an in-depth review of the rapid progress made in recent months in bilateral relations and across the spectrum of bilateral cooperation was discussed, as well as the developments in the Eastern Mediterranean region with an emphasis on Turkey’s destabilising behaviour.

The most important aspects of the strategic cooperation between Greece and the United Arab Emirates were also discussed, which was sealed through the Joint Declaration of the two Governments, as well as with the Foreign Minister’s, Nikos Dendias, signing of the Joint Declaration of Strategic Partnership between Greece and the UAE, but also the Bilateral Agreement in the fields of foreign policy and defence.

The signing of the agreements demonstrates the positions of both sides in the face of the common challenges that the two countries are encountering at a regional level and upgrades the relations between the two countries at a strategic level in all areas of mutual interest.

Through the very significant upgrade of bilateral relations, multilateral cooperation schemes are being strengthened which are moving in the same strategic direction, with the aim of consolidating a climate of stability and peace in the wider region.

Greece systematically builds and strengthens international and regional alliances, while increasing its diplomatic capital by participating in the new security edifice in the region.

Other important fields of cooperation with great prospects are the economic and investment fields, as companies from the UAE are already active in Greece. The UAE is also the most important investor in Greece from the Gulf countries, while areas of mutual interest for economic cooperation are agriculture, livestock, aquaculture, tourism, energy, transport infrastructure. 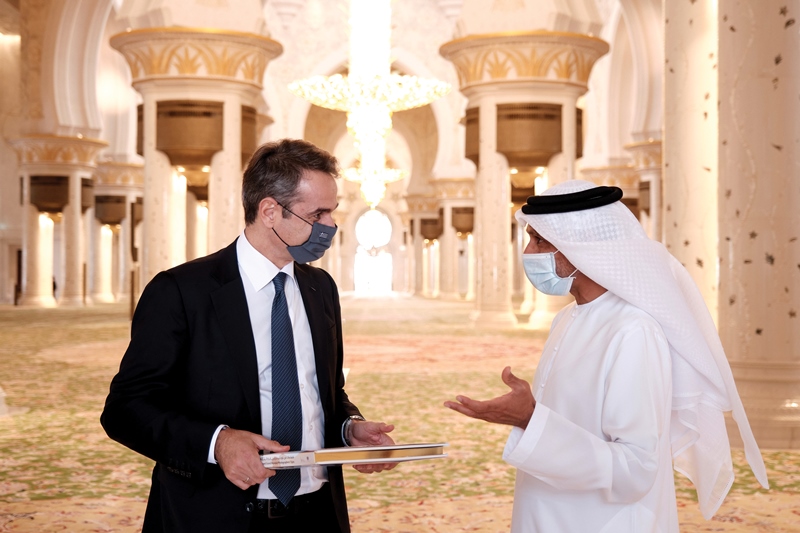 (Photos: D.Papamitsos/Offfice to the PM.)