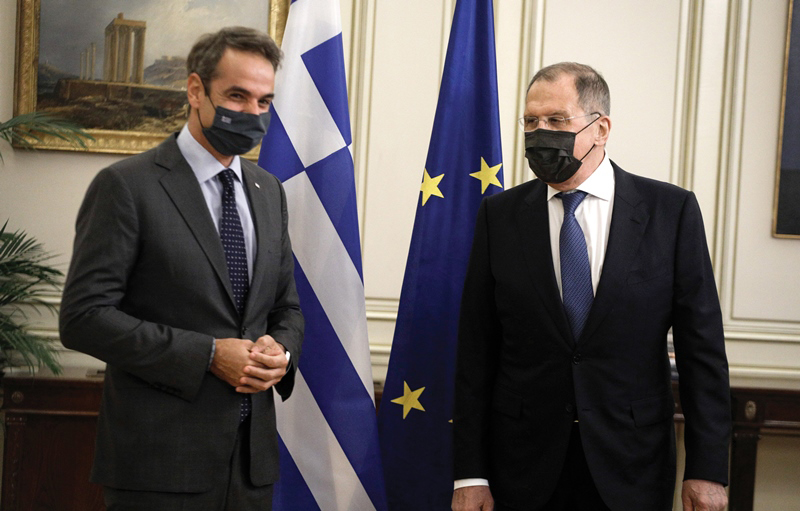 During his visit to Athens, the two Foreign Ministers signed a Joint Memorandum for the Russia-Greece Year of History 2021 that will coincide with the 200th Anniversary of the Greek War of Independence, with Minister Lavrov describing Greece as “one of Russia’s most important partners with long-standing historical ties of friendship”. 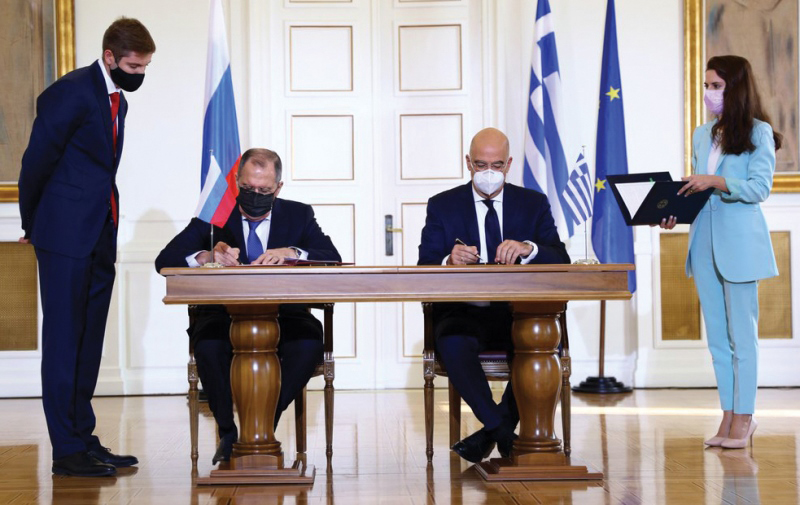 During their talks, Russia’s firm position on the right of each State to extend its territorial waters to 12 nautical miles was expressed by Foreign Minister Lavrov. “Russia cannot adopt any position other than that dictated by the Law of the Sea,” he said, adding that any Member of the Treaty could register their territorial waters up to 12 nautical miles, respecting common sense and geographical peculiarities.

Minister Dendias explained to Minister Lavrov the escalation of the Turkish provocative behaviour in the Eastern Mediterranean to conduct illegal seismic surveys in areas within the Greek continental shelf. The Greek Minister also made it clear that Greece was ready for all contingencies and had no choice but to fully defend its sovereignty and sovereign rights.

The Russian Foreign Minister stressed that differences and problems should be resolved “only through negotiations with consideration and respect for the interests of everyone” and “on the basis of International Law.” In fact, he underlined that the Law of the Sea is key to normalising the situation. “Any problems that arise between the countries must be resolved through dialogue. No matter how difficult the situation between Greece and Turkey is we will always remain in favour of discussing and resolving these problems through direct dialogue,” he said. 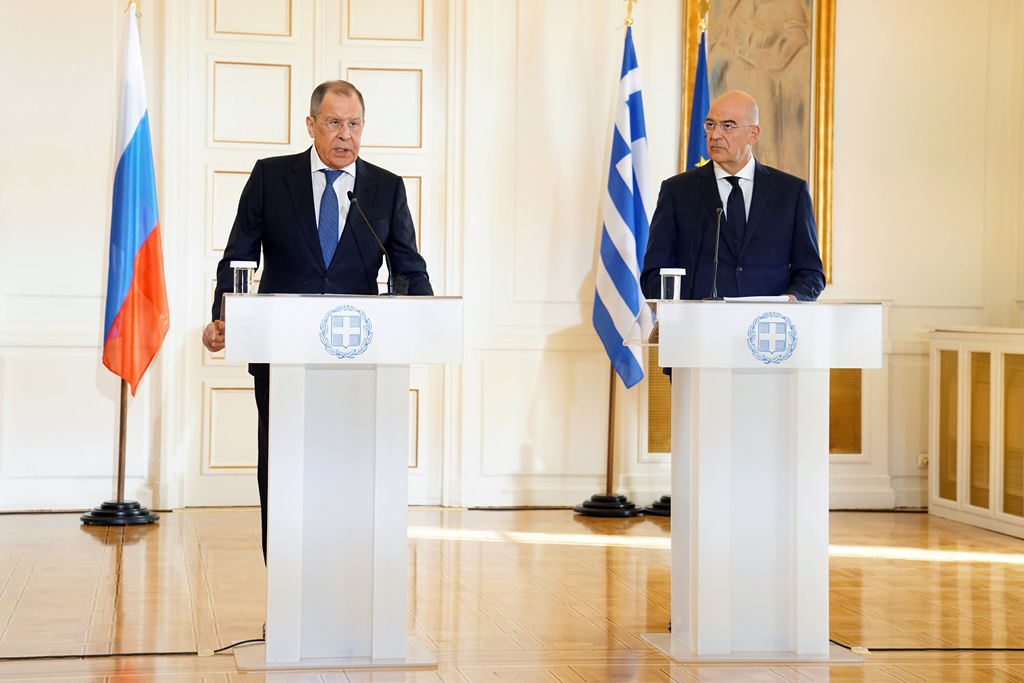 Regarding regional developments, Minister Dendias pointed out that in all cases discussed with his counterpart, the “common denominator was the destabilising role of Turkey and its neo-Ottoman expansionist tendencies”. The Greek Foreign Minister even raised the issue of exports of military equipment to Turkey and the fact that this equipment destabilises all countries in the region, while expressing his concern about Turkey’s role in Syria.

The latest developments in Libya and Nagorno-Karabakh were also mentioned, while the Cyprus issue was also discussed, based on the UN Security Council Resolutions, with Minister Dendias stressing that “Russia holds a pivotal role as a permanent Member of the Security Council; it strongly and steadily supports the relevant efforts that are being launched, something that Greece particularly appreciates”.

Regarding the Greek-Russian relations, Minister Dendias stressed that the two countries and their peoples are connected through a long-term, strong friendship rooted in history, culture, religion, mutual respect and mutual understanding, while emphasising that Greece will keep communication channels with Russia steadily open. He noted that Greece, an EU and NATO Member State, seeks and works to maintain and strengthen the channels of communication between these organisations and Russia through the institutionalised structures.

He pointed out that, in terms of Greek-Russian economic relations, special emphasis was placed on energy, the economic and cultural sectors and especially on energy issues, with Greece looking forward to the continuation of mutually beneficial cooperation and its expansion in areas such as Renewable Energy Sources.

The Russian Foreign Minister pointed out that at, bilateral level, there is mutual interest in overcoming the reduction of bilateral trade as soon as possible, while as soon as conditions allow, the joint inter-ministerial committee for economic, industrial, scientific and technological cooperation will be held. He further expressed his appreciation to Greece as the chair of the Committee of Ministers of the Council of Europe and the signature of important documents, including the Athens Declaration and important initiatives for education and culture.

Turkish aggression was the focus of the meeting between Prime Minister Kyriakos Mitsotakis and Minister Sergey Lavrov that took place in Maximos Mansion. Premier Mitsotakis reiterated that Greece is on the side of International Law, as evidenced by the agreements on the Exclusive Economic Zones with Egypt and Italy. Addressing Minister Lavrov, he said he wanted to brief him on Turkey’s actions, which violate International Law and undermine peace in many sensitive points of the map.

For his part, Minister Lavrov stressed the need to de-escalate tensions in the region as soon as possible through a direct dialogue between the two sides and said that Moscow was ready to help normalise the situation.

Main opposition Syriza-Progressive Alliance leader Alexis Tsipras also met with visiting Russian Foreign Minister at the historic building of the Russian Embassy in downtown Athens. During the meeting, the two interlocutors also discussed developments in the wider region, with emphasis on the Eastern Mediterranean. Alexis Tsipras stressed the importance of terminating the Turkish aggression in order to advance the investigations and the resumption of talks for a fair and lasting solution to the Cyprus issue on the basis of UN Resolutions with the withdrawal of the occupying forces and the abolition of guarantees.