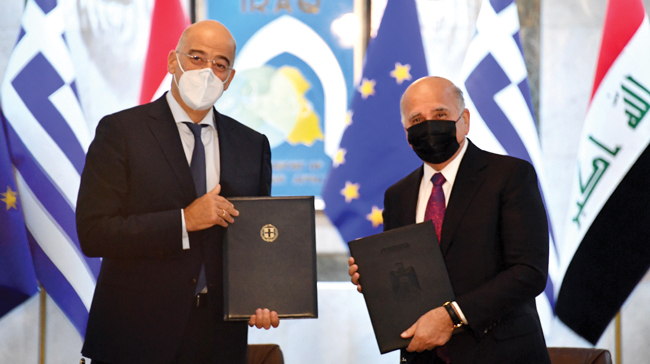 Minister Dendias first met with the Minister of Foreign Affairs of Iraq, Fuad Hussein. Their talks focused on bilateral issues, with emphasis on the economic sector and on developments in the Eastern Mediterranean and the Middle East. 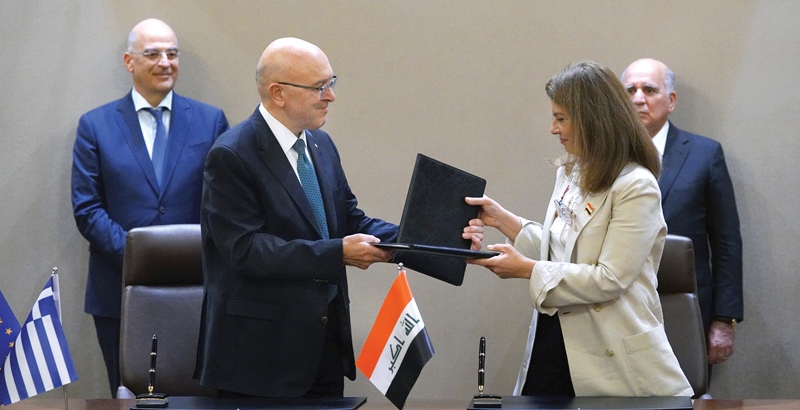 After praising the historic ties between Greece and Iraq, the Minister said that the two Memoranda of Understanding signed in Baghdad between the two countries are “a testament to our mutual will to enhance these relations”. He added that many Greek companies are willing to invest and trade in Iraq, as there is great potential for cooperation in areas such as construction, energy, renewables, pharmaceuticals and more. “Allow me to take this opportunity to reaffirm my country’s full support for Iraq’s territorial integrity, for Iraq’s political unity and sovereignty. Greece fully supports a stable and prosperous Iraq as a part of a stable and prosperous region with balanced relations with its neighbours. Of course on the basis of respect to sovereignty and International law,” Minister Dendias said.

The Greek Minister also referred to the broadening of regional cooperation in terms of a “trilateral mechanism among Iraq, Egypt and Jordan.” “I had the opportunity to update my colleague on developments in the Eastern Mediterranean with Turkey’s gunboat diplomacy, a practice, I have to say, of previous centuries, that unfortunately continues; particularly, regarding the illegal activities of Turkey on Greece’s continental self, as well as its decision to open the Varosha coastal front in the occupied part of the Republic of Cyprus. This is a violation of International Law and United Nations Security Council Resolutions. Those decisions that were broadly condemned by the international community,” he remarked.

“Greece has repeatedly stated its readiness to engage in a dialogue with Turkey,” he stressed, on the basis of respect for International Law and the principle of good neighbourly relations. “I believe it is now more evident than ever that Turkey is acting as a disruptor of peace and stability in the greater region. Virtually, every crisis and every problematic situation in the region, namely Nagorno-Karabakh, Libya, Syria, Cyprus, South-Eastern Mediterranean, but also Iraq, has a common denominator: Turkey,” Minister Dendias said.

Concerning Iraq’s relations with the European Union, Minister Dendias said that Greece stands ready to support the Middle Eastern country in pursuing the promotion of these relations, particularly efforts towards consolidation of security.

On his part, Foreign Minister Hussein stated that Iraqi-Greek relations are long-standing and important for Iraq and the two countries have many commonalities, explaining that the Iraqi and Greek civilizations are among the most ancient civilizations.  He further expressed the appreciation for Greece’s positions in support of Iraq through the Global Coalition to defeat Da’esh, the European Union and NATO and thanked Greece for receiving Iraqi immigrants and for the support they provided to the Iraqi Armed Forces in the field of training.

The Greek Foreign Minister was also received by the President of Iraq, Barham Salih, and Prime Minister Mustafa Al-Kadhimi.

Pictured above: the two Foreign Ministers Fuad Hussein and Nikos Dendias celebrate the signing of the MoUs in the fields of political deliberations and collaboration in diplomatic education; Deputy Minister Kostas Fragogiannis signs and MoU with his Iraqi counterpart; Minister Dendias is granted an audience with President Barham Salih.

Previous Global heritage monument gets a facelift: the Acropolis under an entirely new lighting system
Next Minister of Foreign Affairs meets with Canadian counterpart 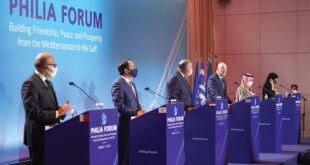 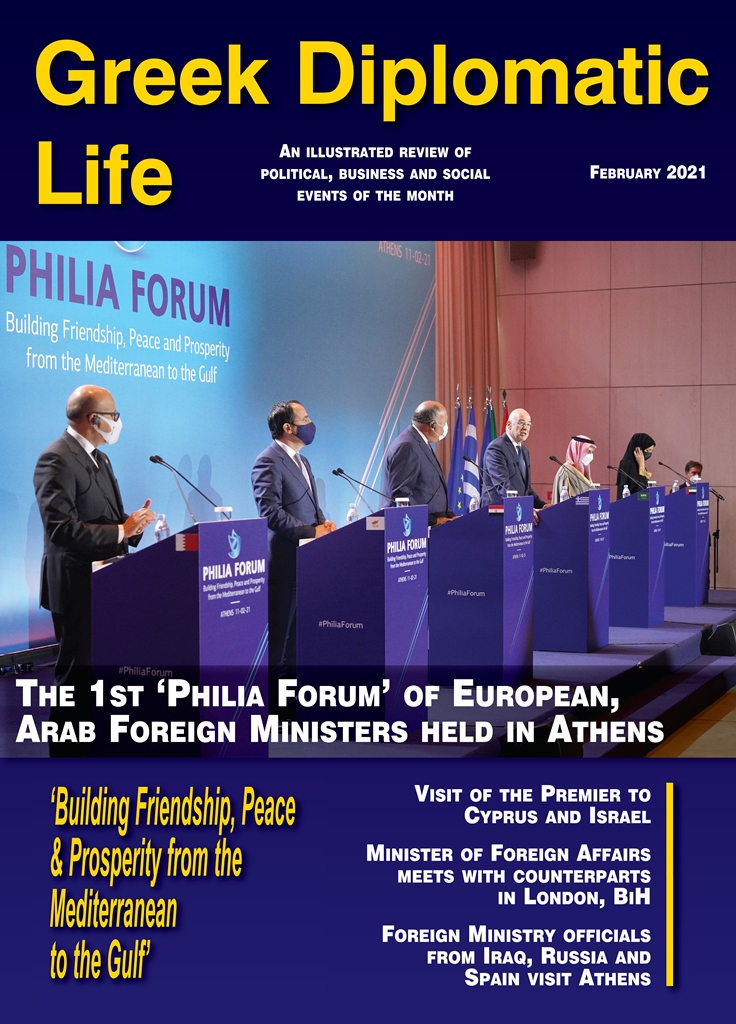