Home / Announcements / International online event for the celebration of the 2,500th Anniversary of the Naval Battle of Salamis

International online event for the celebration of the 2,500th Anniversary of the Naval Battle of Salamis

Celebrating the 2,500 Anniversary
of the Naval Battle of Salamis that
took place on the
22nd of September 480 BC

The Hellenic Cultural Center of the Southwest HCC-SW and the Secretariat General for Public Diplomacy and Greeks Abroad of the Ministry of Foreign Affairs, are organising jointly an inernational online event for the celebration of the 2,500th Anniversary of the naval battle of Salamis on Sunday September 20th.

This event is part of the anniversary framework
“Thermopylae – Salamis 2020”.

Further information regarding the event can be found on the website of the Hellenic Cultural Center of the Southwest (https://www.hcc-sw.org/events/calendar/hcc-events/114-celebration-for-the-2500-years-from-battle-of-salamis). Scroll to bottom of the page for the live event link.

The naval battle of Salamis is one of the most important historic landmarks around the world. It was then that the outnumbered Greeks mustered their spirit and intelligence, stood strong and defended not only their territory but also their civilization, their universe of values, and their world-view from the foreign invader. A universe of values for collective life and the democracy that they had started to shape and that they had to protect at all costs.

The strategic importance of the battle resembles the outcome of other battles that marked the flow of world history. It shows that coalitions can be impressive force multipliers, despite their often convoluted decision-making process. It is also a telling reminder of the capacity of the Hellenic nation to work miracles against the strongest enemies, despite its small size.

2,500 years ago the Greek youth of Classical Antiquity proved worthy of their brave ancestors. The sacrifice of many of them at the time marked the birthday of Western Civilization whose attachment to Liberty, Democracy, Humanity, and Fair Play contrasts sharply with the Absolutism, Expansionism and Protectionism throughout history.

Today, on the 2,500 anniversary of this historic battle, Greece reminds the world of its role as European and universal civilization’s gatekeeper.

The spirit of Salamis lives on, it will always inspire us.

Join us to learn more…

The schedule of the event includes short messages from:

The schedule of the event includes:

The lectures will be in English

Subtitles will be available in:

To watch the event, when its time, click http://bit.ly/salamis2500 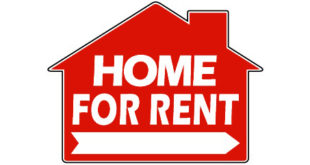