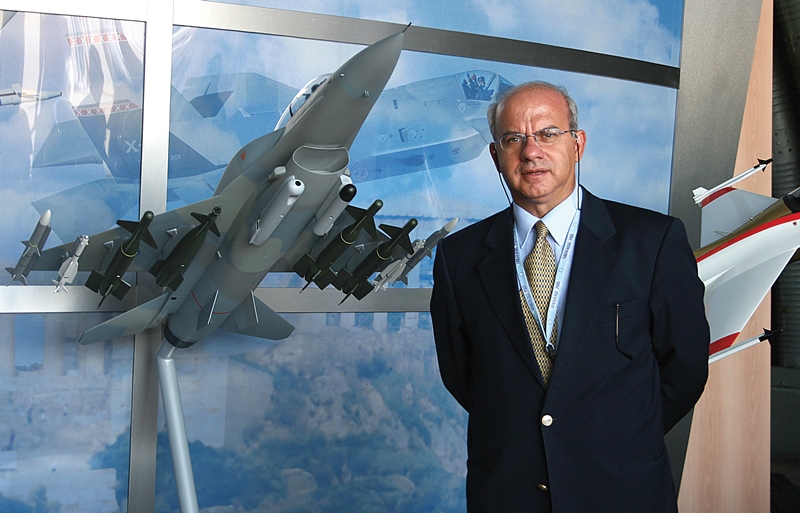 “The Hellenic defence industry is a national asset and as such needs to be addressed. Continuous modernisation is important with new capabilities, technologies and training.”

GDL: Could you describe the relationship of Lockheed Martin with the Hellenic Aerospace and Defence Industry. What is the status of the programme for upgrading the 85 F-16’s to the block 72 Viper System, and the rest of Lockheed Martin programmes in Greece?

Lockheed Martin, within the framework of the F-16 fighter acquisitions over the last 25 years has implemented, with success and transparency, a series of offset benefit and technology transfer programmes aimed at the upgrade of the operational capabilities of the Armed Forces and the reinforcement of the domestic defence industry.

The continuous transfer of technology to HAI and to other Hellenic companies, combined with the construction of a modern infrastructure, comprise the basic factors for the development of the Hellenic Defence Industry during the last 20+ years. HAI is the sole source supplier of Lockheed Martin, internationally, for specific F-16 fighter aircraft parts (air inlet ducts, aft fuselage, fuel tanks and other aero structural components), as well as for major fuselage parts for the C-130J Super Hercules transport aircraft (plugs and panels).

The important international orders for F-16s and C-130J have provided to HAI a large workload, the benefits being an increase in exports and the upkeep of many aerospace jobs, even during the economic crisis. To do so, Lockheed Martin has proceeded with significant investments at HAI, aiming at the establishment and expansion of its production capacity, the provision of technical know-how in modern aero structures, personnel training, meeting of environmental challenges, etc. These investments lead to HAI’s modernisation and allowed the company to respond to modern requirements and compete with foreign defence industries, the capstone being the US Air Force European F-16 upgrade programme.

The F-16 and the C-130J co-production programmes, of purely export character, are reinforcing the national effort for the development and growth of exports. They are creating precious self-financed work positions and they result in considerable aerospace technical know-how. In both aerostructure programmes, HAI is the sole manufacturer for our global international market of these two legendary aircraft. In addition to co-production programmes, Lockheed Martin is implementing at HAI two major upgrade and modernisation programmes for the Hellenic Ministry of Defence. The F-16 fighter upgrade programme has been structured by the Greek and American Governments and the F-16 manufacturer, Lockheed Martin in such a way as to maximise the participation of the domestic defence industry, but also to fully ensure the supply and information of the weapon system.

The Hellenic defence industry will implement all phases of the programme in Greece, except the design and development, the procurement of individual electronic equipment and the development of the necessary software, which will be implemented by the manufacturing company in the US. In this way the domestic industry will secure a workload worth hundreds of millions of dollars by its active participation in the programme. Except for the prototype aircraft flight testing, no other F-16 will leave Greece to be subjected to any upgrade works in the US. It should not escape us that eight-to-10 years ago, HAI realised the upgrade of about 90 F-16s with the technical support of Lockheed Martin, through which the relevant experience/technical know-how was acquired.

Similar is the involvement of the Hellenic Aerospace and Defence Industry in the P-3 Mid-Life Upgrade Programme for the Hellenic Navy. The Hellenic Defence Industry, HAI, Scytales, AEL, etc, will participate in both structural and mission system upgrades of the Maritime Patrol and Antisubmarine warfare P-3 aircraft.

The Hellenic defence industry has therefore received considerable industrial returns and a large workload creating new aerospace positions, securing HAI’s sustainability and increasing its business growth. We also expect that the technology and technical know-how transfer and the reinforcement of the domestic capabilities will increase the competitiveness of the Hellenic Defence Industry, providing future opportunities for the implementation of similar programmes for other international F-16, P-3 and C-130 users. 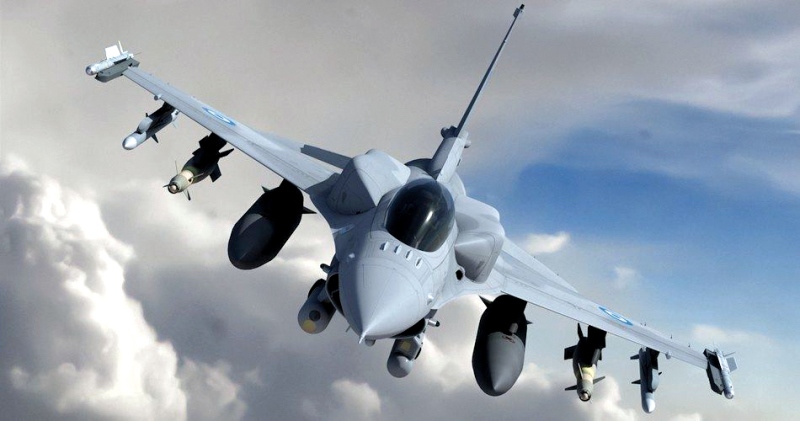 GDL: What is the added-value and competitive advantages of the Greek Defence Industry through such procurement programmes?

DP: About 70-75% of HAI’s total annual turnover originates from Lockheed Martin programmes. The exact amount varies from year to year. Their involvement includes:

The Hellenic Navy, recognising the operational need to upgrade its Maritime Patrol Capability, has entered into a government-to-government agreement with the US Navy, designating Lockheed Martin as a sole source supplier, to perform a mid-life upgrade and mission system modernisation for its P-3B aircraft.

The HAF, following a detailed assessment and analysis of the present, as well as of the future threats, reached the conclusion that the upgrade of 84 fighter aircraft comprises the most financially efficient programme, offering a significant operational benefit to the HAF and the Armed Forces.

The upgraded F-16s, equipped with electronically scanned array RADAR (the well-known to all AESA), modern LINK 16 communication systems, modern sensors, but also safety systems (like the ground collision avoidance system) are creating a modern fleet, able to counter the current and future threats in the region, while offering at the same time the necessary interoperability with the 5th generation F-35 fighters, as well as with various other ground and maritime platforms.

In addition, I would like to add that without any other financial burden the domestic industry will benefit to a significant degree through our SSI (Security of Supply & Information) programmes:

“It is only through major programme participation, such as the F-16, the C-130J and eventually the F-35, that the Greek defence industry will remain modern, competitive and relevant.” 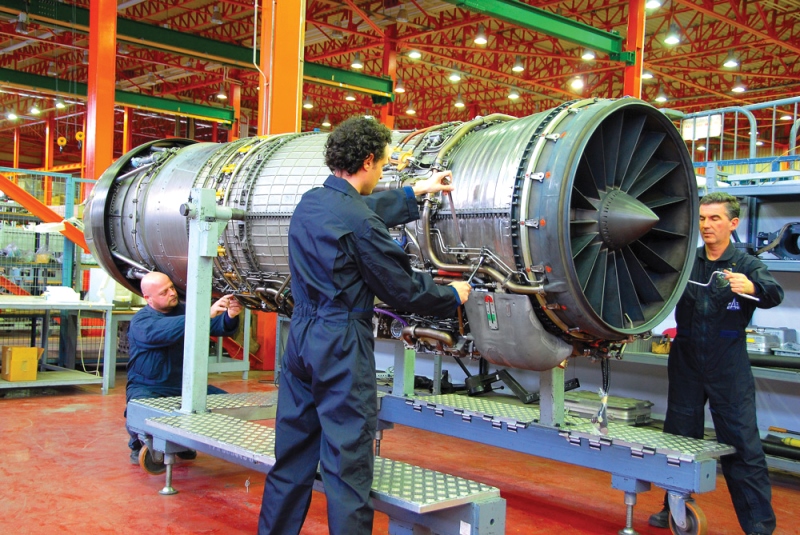 GDL: Working with the Greek Aerospace Industry for more than two decades, in your opinion, what improvements could be made to make it more competitive and attractive to international markets?

There have been challenges, especially during the past several years, when Greece went through an economic crisis; Lockheed Martin did not hesitate to trust in Hellenic hands two of its most valuable programmes – the F-16 and the C-130J, but also to significantly increase the volume of the workload assigned to HAI.

These high technology programmes, of purely export character, are reinforcing the national effort for the development and growth of exports. They are creating precious self-financed jobs and they result in considerable aerospace technical know-how. The secret of success is simple, but also complex at the same time: methodical approach, professionalism, competitiveness, diligent work, non-negotiable standards of quality and on-time deliveries.

In this work, the high-quality specifications, precision and the faithful observance of the delivery time schedules comprise the key characteristics of a reliable partner. The work performed in Greece does not only have a financial, developmental, industrial and technological character, but it is a national contributor for Greece. 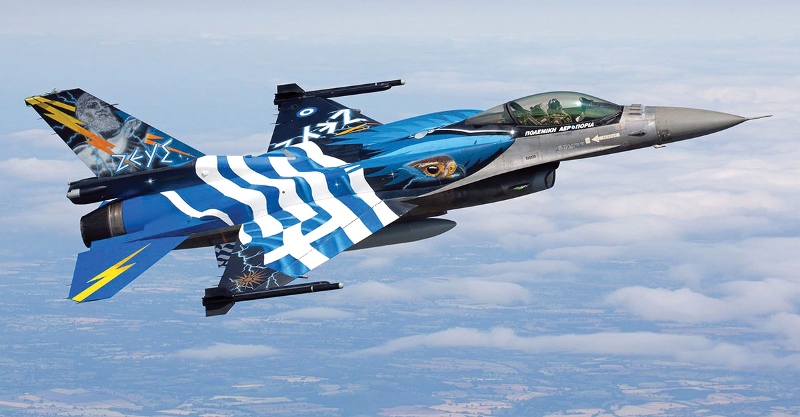 DP: Given that the upgrade of the F-16s is already under way, the next step would be the acquisition of 5th generation aircraft. Lockheed Martin is the only company in the world designing and manufacturing the only 5th generation exportable aircraft, the F-35.

The specific aircraft, the JSF F-35 Lightning II, was designed exclusively by partner nations for transforming and redefining not only the air combat, but also the entire conflict. Its state-of-the-art flight characteristics, combined with stealth capability, the capability for performing multiple missions at the same time, its long range, the integration of latest technology sensors allowing the fusion of data, its network-centric character, as well as its reliability and ease of maintenance, are making it the central platform through which the largest part of an air conflict will be conducted in the 21st Century.

GDL: What is your assessment for the future reinforcement of the country’s capabilities regarding the countering of current and future threats?  Is there a possibility for Greece to procure the 5th generation F-35 aircraft?

DP: For the first time the development of a new 5th generation aircraft, like the F-35, foresees an extremely low unit acquisition cost (fly away) compared with the current 4th generation programmes, as well as a considerably reduced life-cycle cost. This is because of the large number of orders secured (economies of scale) and, as a result, of the viability of the programme for the coming decades, but also because of the characteristics of modern design, development and production processes adopted by Lockheed Martin throughout the course of the programme to date.

Finally, I want to stress the multi-national structure of the programme, for which the European dimension of the F-35 is significant. Several European countries already participate as partners in the programme, suggesting the need and the desire of these countries for the transition and transformation to a 5th generation fighter programme technology. 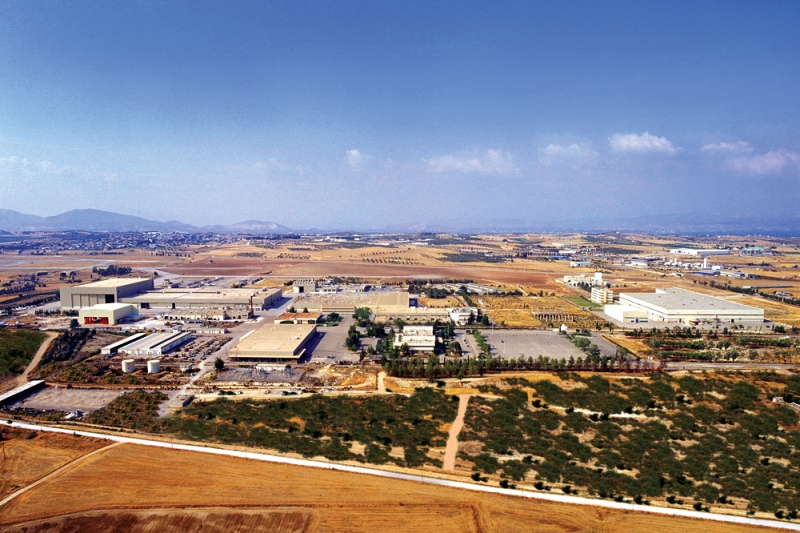 GDL: What is Lockheed Martin’s experience from its cooperation with the Hellenic defense industry?

DP: Lockheed Martin, within the framework of the F-16 fighter acquisitions over the last 25 years, has implemented, with great success, a series of offset benefit and co-production programmes aimed at the upgrade of the operational capabilities of the Armed Forces, but also the reinforcement of the domestic defence industry. HAI, during the last 15 years, is the sole source supplier of Lockheed Martin, internationally, for specific F-16 fighter aircraft parts (air ducts, tail, fuel tanks and other), as well as for major fuselage parts for the C-130J transport aircraft.

As I mentioned before, Lockheed Martin has made significant investments at HAI and coupled with the international demand for F-16s and C-130J, it has provided HAI a large workload, alongside all the benefits that comes with this.

The Hellenic defence industry is a national asset and as such needs to be addressed. Continuous modernisation is important with new capabilities, technologies and training. It is only through major programme participation, such as the F-16, the C-130J and eventually the F-35, that the Greek defence industry will remain modern, competitive and relevant.