Interview of the General Director of Defence Investments and Armaments 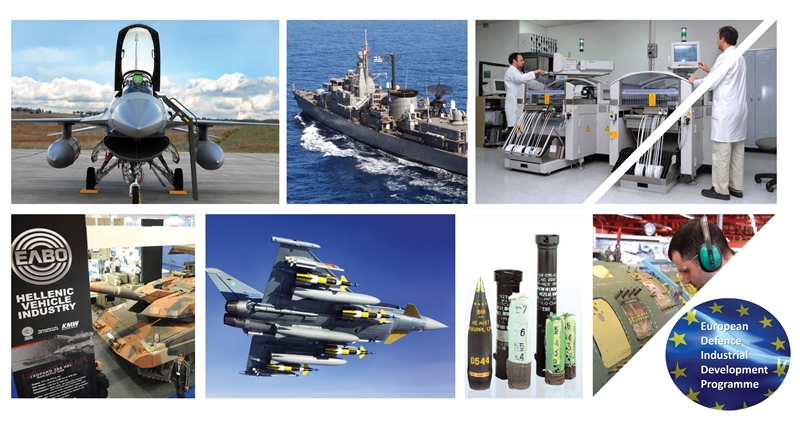 “It is time to identify the new challenges of technological excellence and industrial viability that render cross-border collaboration a mandatory process.” 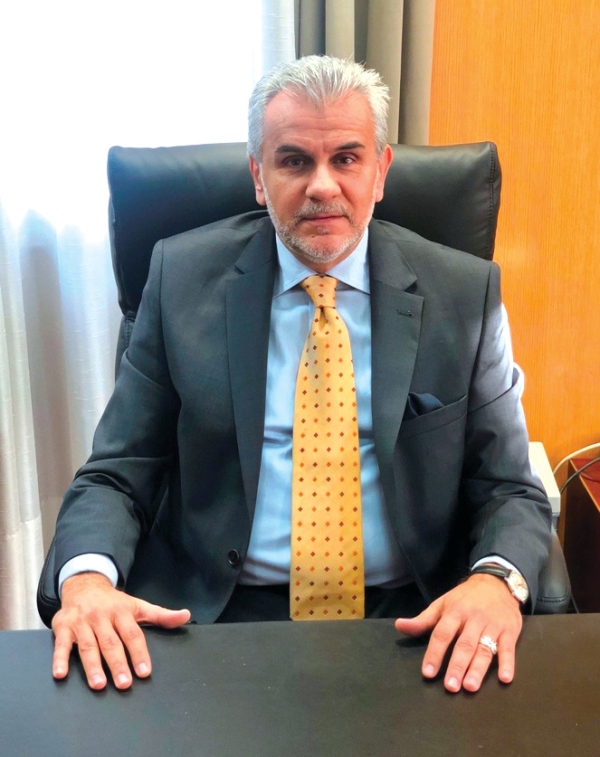 GDL: What kind of collaboration is needed so that the technological gap between European, American and other defence industries will be bridged?

TL: The European Defence Industry is confronted with big challenges, while trying to satisfy advanced technological requirements of modern Armed Forces. The high level of the European defence industrial and market fragmentation reduces the potential of European companies to develop new state-of-the-art products, while maintaining at the same time competitiveness and viability. As a result, European companies have experienced a reduction of their global share of research & development over the past years, compared to their US and Chinese counterparts.

In order to respond effectively to the above situation, the first objective should be the reduction of the above-mentioned fragmentation. The joining of forces of traditional big players within the EU Industry will certainly increase the effectiveness of the development efforts by the constructive exchange of innovative ideas, while unlocking on the other hand important additional funds. There can also exist substantial economies of scale and a more efficient exploitation of individual expertise and experience of different contributors in certain technological areas.

The industrial collaboration will become much more efficient and productive, when it takes place at a cross-border level. Traditionally, national industries tend to concentrate knowledge and experience in certain technological areas, that have proved rewarding in the past, in terms of industrial competitiveness or coverage of national military requirements. But now, it is time to identify the new challenges of technological excellence and industrial viability that render cross-border collaboration a mandatory process.

Another key element in addressing the technology gap issue is the allocation of investment in innovation, with special focus on emerging and disruptive technologies. Bearing in mind that the bringers of innovation are, mainly, the Small & Medium Enterprises (SMEs), as well as the Academia and the Research & Technology Organisations (RTOs), it is a straight forward deduction that those actors must play an important role in the effort and consequently participate in future collaboration schemes. In addition, and recognising the dual nature of modern technologies and applications (civil and military), it becomes obvious that important benefits can be ensured by fostering technology spin-in from the civil to the military sector and facilitating relevant collaborations.

The special nature of the defence industry, where the sole customers are governments, imposes another necessary collaboration element in the effort. It is the public-private partnerships, which will make possible the early engagement of the user in the development of military capabilities, thus ensuring that the final products meet the operational requirements and include all those technologies that satisfy the level of ambition of the Modern European Armed Forces.

It is worth noting that, all the above arguments have been identified by the European Union, which has put in place, through European defence initiatives, a very concrete and promising plan for the collaborative technological and industrial upgrade of the European defence sector.

“Greek defence companies need to take advantage of their innovation capacity and gradually advance their business targets, from simple subcontractors of prime manufacturers, to integrators of complete defence systems. This is a complex, long lasting process, which requires, mainly, very targeted cross-border alliances with key players in certain technological areas and a consistent business strategy.” 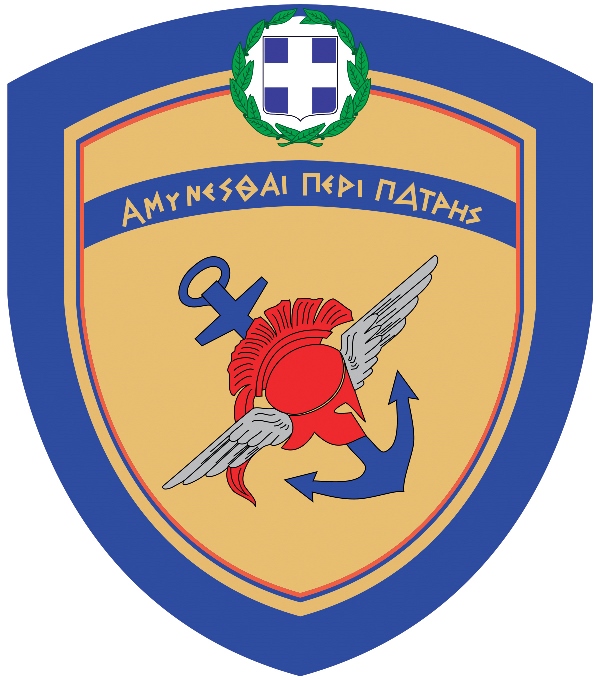 GDL: What is the plan of the Greek Ministry of Defence, together with other EU countries, to develop their bilateral defence cooperation under the European Defence Fund?

TL: Greece is closely following and participating in the actions initiated by the EU, aimed at promoting and strengthening cooperation in defence. Within this context the EU launched the European defence initiatives, namely the Permanent Structured Cooperation (PESCO), the Coordinated Annual Review on Defence (CARD) and the European Defence Fund (EDF). It is essential for Europe to ensure coherence of those tools, so that they maintain a consistent, mutually reinforcing result.

The European Defence Industrial Development Programme (EDIDP), the predecessor of EDF for the 2019-20 period, launched in 2019, calls for industrial cooperative proposals in the area of defence capability development. In order to prepare for the calls, Greece and Cyprus signed an MOU laying down the framework for the collaboration of the two countries for the support and implementation of projects under the EDIDP. As a result, four proposals were submitted to the 2019 EDIDP calls from consortia led by Greek companies and consisting of industrial, academic and research partners from the two MOU and 12 other European countries. Following the recently issued award decision from the European Commission, all four proposals were successful and will acquire a European funding of 27 million euros, out of a total cost of 29 million.

PESCO was launched in order to foster and commit European countries to the implementation of common projects, both in the areas of defence operations and capability development. Greece, staying committed to the PESCO objectives, has proposed and is currently leading five PESCO projects, while also participating in 10 more projects led by other European countries. In addition and staying committed to the requirement for coherence of the European initiatives, Greece has linked two of the above mentioned, successful EDIDP proposals, to corresponding PESCO projects led by Greece.

CARD was established with the goal to provide, over time, a comprehensive picture of the European capability landscape, helping also European countries identify cooperation opportunities and investment areas for future capability development. Greece is actively participating to the CARD procedure of data collection and analysis, conducted by the European Defence Agency (EDA). It is expected that the results of CARD will further promote cooperation among European countries, including defence research and capability development, eligible for funding under the EDF.

The General Directorate for Defence Investments and Armaments of the Greek Ministry of Defence will continue to investigate industrial cooperation schemes for defence research and development, exploiting the funding opportunities of the EDF. This investigation will be based on capability requirements identified within the National Defence Planning, taking also into account the European initiatives for strengthening cooperation in defence.

GDL: The reorganisation of the structure of the National Defence Industry is a prerequisite for the survival and development of all the Greek defence companies. How can we achieve this?

TL: The Greek Defence Industry has experienced the consequences of the severe financial crisis, which brought a considerable contraction of the national economy. The dramatic reduction of the national defence budget has deprived the industry from previously available funding opportunities. In addition, the harmonisation of the national legal framework with the European Directive for defence procurement has rendered the domestic industrial participation to armament programmes more difficult.

The restructuring of the national Defence Industry becomes necessary, not only for the alleviation of the consequences of the crisis, but mainly for following the developments in the global defence market, as well as exploiting the opportunities created by the new European initiatives in defence. As previously stated, joining forces is a key element in dealing efficiently with cash flow difficulties, while complementing expertise from various sources, in order to create complete solutions and products. The trend in the global defence market is consolidation, although the European market is still lagging in this process, compared to the US and other markets.

There are, however, other effective ways of collaboration and implementation of common strategies. A widespread practice is cooperation for the development of specific products, e.g., the joint venture companies, used mainly for gaining access to new markets. Joint ventures enable acceptable risk sharing, while achieving scale efficiencies by combining assets and operations. Another way of effective collaboration is the creation of clusters of entities in specific technological areas. Clustering can speed up innovation, increase productivity of individual companies and stimulate new businesses in each technology field. This can also be combined with an appropriate opening of the defence sector to spin-in from the civilian sector, for certain common background technologies.

Most importantly, Greek defence companies need to take advantage of their innovation capacity and gradually advance their business targets, from simple subcontractors of prime manufacturers, to integrators of complete defence systems. This is a complex, long lasting process, which requires, mainly, very targeted cross-border alliances with key players in certain technological areas and a consistent business strategy. It can stimulate business growth and the upgrade of SMEs to Middle-Capitalisation companies (Midcaps), creating also the future national leaders in the concerned technology fields.

Special attention must be given to the Defence State Industry, which is an important asset for supporting the security of supply of the Greek Armed Forces. The State companies of the defence sector are, along with the rest of the industry, seriously affected by the economic crisis, however they retain important manufacturing capabilities. While they remain perspective suppliers for the needs of the Greek Armed Forces, they need to adapt their strategies for more extroversion and attraction of investments, pursuing targeted strategic alliances.

“The participation of domestic companies in cooperative development of weapon systems from big primes, maintaining ownership rights, is a decisive step toward the real development and sustainability of the domestic defence Industry.”

GDL: Should it be mandatory that in each armaments procurement programme, the basic criterion for choosing should be the diversified package of domestic industrial cooperation?

TL: As already mentioned, the adaptation of the national legal framework to the European Directive for defence procurement, has induced serious limitations on the participation of the domestic industry to armament programmes. However, the engagement of increased numbers of domestic defence companies to national procurement programmes remains a continuous objective for the Greek Ministry of Defence. Through this process, we can maintain and further develop the Domestic Defence Technological and Industrial Base (DDTIB), which contributes directly to the strengthening of security of supply for the country. The participation of the domestic industry to big armament procurement programmes should include licensed production, as well as involvement in the Follow On Support (FOS) programmes, which should always complement the acquisition of any weapon system.

The inclusion of domestic enterprises in the supply chains of big prime manufacturers is undoubtedly an important step towards the sustainment of the viability of the Greek defence Industry. However, this is not sufficient for achieving a sustainable development of the domestic Industry, which is the key element for the essential reinforcement of the DDTIB. Instead, the participation of domestic companies in cooperative development of weapon systems from big primes, maintaining ownership rights, is a decisive step toward the real development and sustainability of the domestic defence Industry.