Greek-Italian cooperation is a model of good neighbourly relations 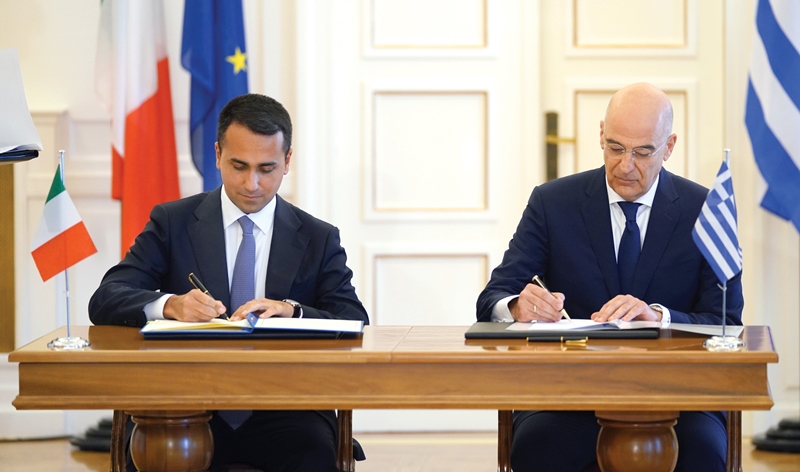 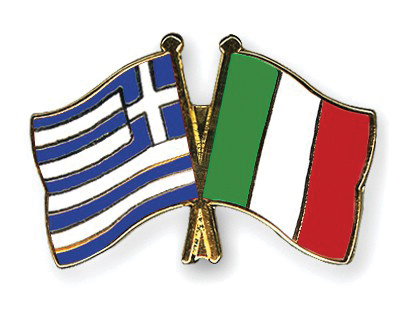 Greece and Italy signed an Agreement on Maritime Boundaries on June 9th, delimiting an exclusive economic zone (EEZ) between the two neighbouring countries, ending a 43-year pending issue. The deal, which was signed by Greek Foreign Minister Nikos Dendias and his Italian counterpart Luigi Di Maio during the latter’s visit to Athens, follows a long period of tension in the Eastern Mediterranean region, where Turkey has signed an invalid maritime delimitation agreement with interim Libyan Government Premier Sarraj and has commenced offshore drilling, provoking Cyprus Greece and Israel.

The agreement describes the extent of the maritime zones that can be exploited. Furthermore, the agreement recognises sovereign rights in all land areas, both in the mainland and the islands. It is a model of cooperation and good neighbourly relations and anticipates that similar agreements will be reached in the region, among other countries as well.

“Our country’s steadfast goal is still to delimitate the maritime zones with all our neighbours within the framework of International Law,” the Greek Foreign Minister said, stressing that the boundaries of maritime zones cannot be delineated selectively and arbitrarily as “some attempt to use the UN Convention on the Law of the Sea (UNCLOS)”. “Relations with Italy are at a very good level, a fact that is sealed with the signature today of the agreement to delimitate the maritime zones between the two sides. An agreement that confirms the right of islands to maritime zones and the mid-line of the 1977 agreement for delimitating the Greece-Italy continental shelf,” Miniser Dendias said. He also pointed to the protection of fishing rights under the deal, thanking Rural Development Minister Makis Voridis for his cooperation in the relevant negotiations. 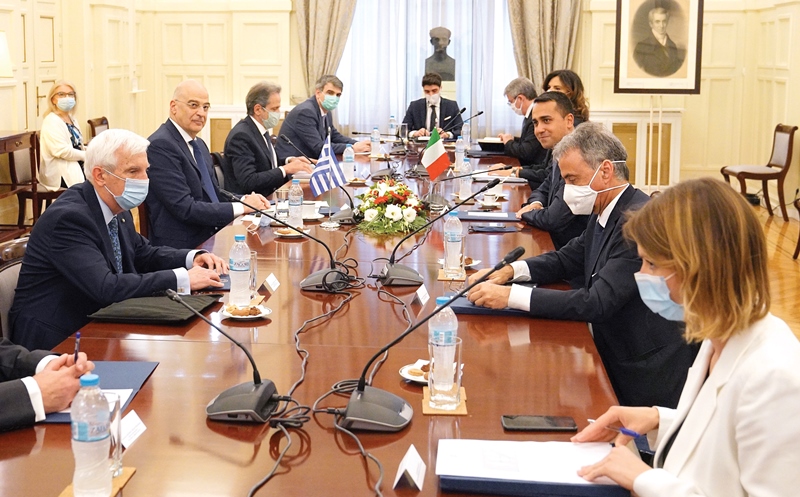 During a meeting with Minister Di Maio at the Greek Foreign Ministry, Minister Dendias also spoke about the escalation of illegal actions on Turkey’s part, such as the recent publication of a Turkish oil company’s applications to drill for oil and gas within the Greek continental shelf and the region generally. “These actions, combined with an aggressive rhetoric, amply demonstrate Turkey’s destabilising role,” he said. “International Law determines the red lines and these must be respected,” he added.

Regarding Libya, the two sides called for a political solution via the UN and the Berlin Process, while Greece hailed the new Egyptian initiative. They also discussed the European prospects of the Western Balkans, which both countries support on provision that conditionalities are met.

Both Ministers spoke about the pandemic and the return to normality, with the Italian Minister briefing his Greek counterpart on the epidemiological situation in Italy. “Greece is lifting the restrictions starting from next Monday and up to the end of the month. Greece expects our Italian friends to spend their holidays in our country this year, as in the previous years,” Minister Dendias said.

A Greece-Italy Statement on Resources in the Mediterranean, in which the two countries pledge their dedication to a balanced and sustainable management of these resources and agree to consultations to determine any repercussion of various factors to existing fishing practices of the two States, was also signed.

Lastly, they signed a joint notification to the European Commission with which the two countries ask for the future modification of the directives on common fisheries policy so that, when Greece decides to extend its territorial waters to 12 nautical miles, existing fishing activities by Italian fishers in the region between 6-12 nautical miles, which are currently classed as international waters, can continue. Minister Di Maio referring to the migration issue, he recalled the collaboration with Greece and said the new EU agreement under discussion has to distribute migrants equally among Member States. He also expressed Italy’s concern about Libya and said that his country believed in political, not military, solutions and fully supported political talks at the Berlin Conference. In addition, he reconfirmed his country’s support for the European naval operation Irini, saying that the focus should not be on supporting one side only, but on the end of the conflict, with an arms embargo included.

Greek Foreign Minister Nikos Dendias and his Italian Foreign Minister Luigi Di Maio sign an Agreement on Maritime Boundaries between the two countries at the Hellenic Ministry of Foreign Affairs; the two delegations in conference.

Previous Greek Minister of Foreign Affairs meets with leadership in Cairo
Next Hagia Sophia: The violation of a symbol by the Sec-Gen for Public Diplomacy, Religious & Consular Affairs