When time was wrapped in flames… protecting our cultural heritage 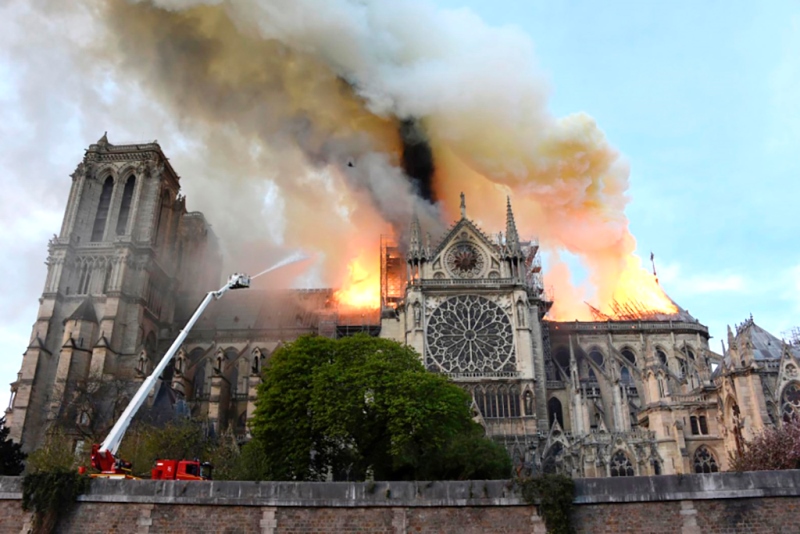 A year has gone by, since the worldwide grief over Notre Dame de Paris when time was wrapped in flames.

Notre Dame de Paris, this architectural masterpiece of Gothic rhythm which is included in UNESCO’s List of World Heritage Sites since 1991, was deeply damaged from the fire that broke out on the night of April the 15th.

One year ago, like yesterday, the whole planet was in mourning, dumbfounded, the damage of the symbol of France and of the European civilization that has been a landmark of Christianity in the west since the 14th century.

The French Presidency and a devastated President Emmanuel Macron promptly announced that the iconic cathedral will be rebuilt within five years. From the very first moment, UNESCO and several private individuals and companies spontaneously offered their assistance.

Unfortunately though, since March the 16th, restoration works have been suspended due to the coronavirus pandemic, to ensure the safety of the workers. Restoration is set to resume as soon as the French health authorities give the green light.

President Emmanuel Macron thanked once again all those who acted promptly putting their life at risk to save Notre Dame de Paris, as well as those who pursue the restoration work.

In the spirit of the Resurrection of the Greek Orthodox Easter that this year coincides with April the 18th, the International Day for Monuments and Sites, ICOMOS, we emotionally reflect on the disasters inflicted on societies and civilization on a global scale.

This year we are celebrating an unprecedented Holy Easter due to the pandemic crisis of COVID-19 affecting us all, but also due to the first anniversary of the devastating fire that ripped through Notre Dame de Paris.

The global community joins its voice with that of the whole world calling for the protection of human lives but also of the miraculous monuments created by humans.

The organization Η&Μ, Ηeritage & Museums, that has the honor of cooperating with EMF, Council of Europe, and is participating in the international day for monuments, sends a letter of support to its members, as well as to cooperating cultural institutions, being a full member of ΝΕΜΟ, EUROPA NOSTRA, LEM, CAMOC, ICOM HELLAS, BLUE SHIELD GREECE, WFFM.

As the President of H&M, Heritage & Museums, in Athens, Paris and New York, I would like to join the Members of the Board in wishing you a bright and human-centric future that will respect the nature that surrounds us, as well as all the works of art and civilization created in the past. I strongly believe that if we all stand together, we can make it.

Under the auspices of the Hellenic Ministry of Foreign Affairs

In partnership with EMF, Council of Europe 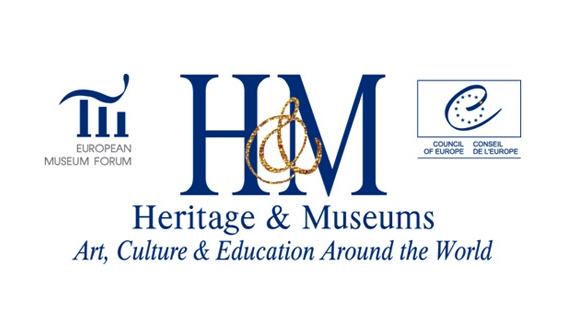