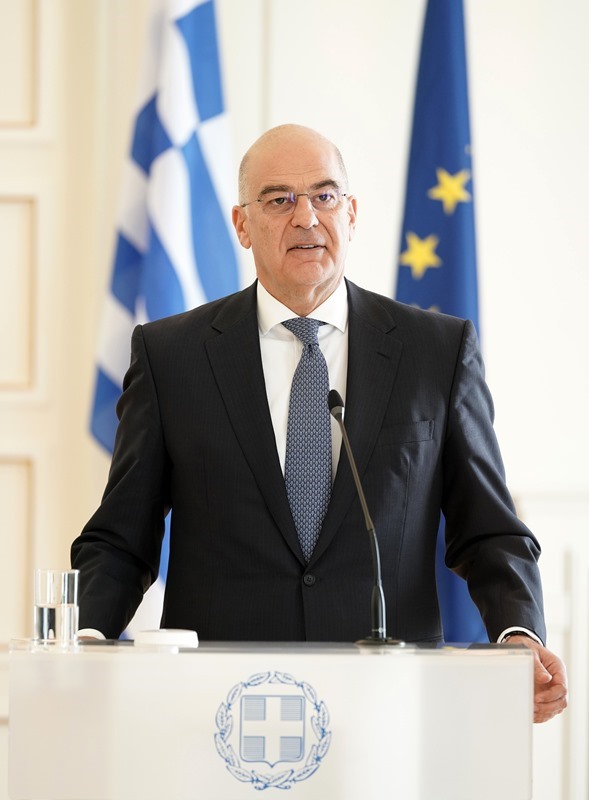 By Nikos Dendias
Minister of Foreign Affairs of the Hellenic Republic

From the summer of 2015 until early 2016, the EU faced a massive influx of asylum seekers, most of them fleeing the conflict in Syria. About 1 million people entered Europe, most of them from Turkey, by arriving on Greek islands in the Aegean.

To address this influx and to alleviate the burden, the EU and Turkey reached a political agreement in March 2016. This led to a massive reduction of arrivals to the EU from Turkey. It also proved that Turkey is able to control the flow of migrants and refugees.

The joint statement included a series of commitments. The EU has stood by them. But Turkey has sought to tie the arrangement to EU support of its broader neo-Ottoman projects in northern Syria and beyond, and to extract more funds. First, it threatened to open its borders and let massive numbers of migrants and refugees into Europe. Then last month, following losses that Turkey suffered in Idlib, its president, Recep Tayyip Erdogan, made good on his threats and “opened the gates” to all those seeking to build a better future in Europe. Turkey unilaterally abrogated its responsibilities linked to the 2016 EU-Turkey statement. It also sought to use human beings as pawns in an attempt to blackmail the EU. This is the same union that Turkey still aspires to join, or so it says.

Greece was subjected to sudden, massive and organised pressure from large population movements on its eastern boundaries. Thousands were encouraged to take buses from Istanbul and elsewhere to the Greek border. They came after Turkish officials said the borders were open. Families with young children were led to the Turkish side of the border, with the aim of serving Ankara’s propaganda machine. But there were also large and organised groups of young people who attempted to cross into Greece. We believe they acted with the support, incitement and guidance of Turkish authorities. This happened even though Greek authorities made abundantly clear —by various means, including official statements and mobile phone and social media messages — that no illegal crossings whatsoever would be tolerated. In their effort to enter, these groups of young people used violence, throwing stones and tear gas manufactured in Turkey, against Greek border guards. Turkish security forces encouraged them or, at best, turned a blind eye. Turkey linked the decision to open its borders to the crisis in the Syrian province of Idlib.

However, more than 60 per cent of those arrested for illegally crossing the Greek border were Afghans. Less than 10 per cent were Syrians, and even they had been living in Turkey for years.

This was not a spontaneous move. It was a planned attack against Greece and against Europe. To enhance the impact of their methods, Turkish ministers spoke of migrants being shot at with live ammunition by Greek security forces and of some being shot dead. We consider these statements as amounting to scandalous fake news, and they have been categorically rejected by the Greek government. 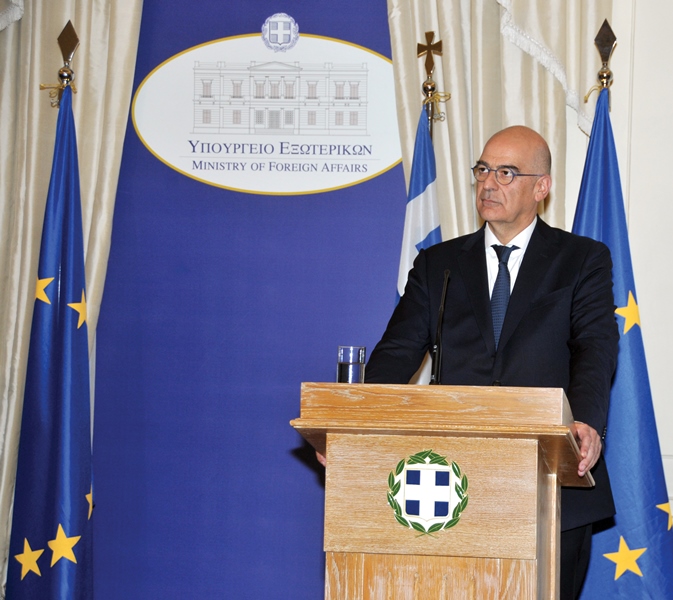 The Turkish leadership went as far as to liken the situation at the border to the plight of the Jews during the Holocaust. This disrespected the memory of the millions brutally murdered by the Nazis. Greece also suffered a substantial human toll in the Second World War fighting alongside its European and US allies, while Turkey remained neutral until 1945.

At Evros, Greece protected its border. We believe we acted in compliance with international and local law, and as a legitimate response to Turkish provocations. The EU stood beside us, and expressed full solidarity by sending both means and personnel to protect the bloc’s common borders.

Europe emerged united in rejecting Turkish methods to extort gains at the expense of human suffering. The EU stands as a beacon for democracy, human rights and respect for international law. It ranks top in virtually every index ranging from civil freedoms to rule of law, democracy and respect of minorities. Admittedly, it is a highly desirable place to live.

As Europeans, we remain convinced that Europe can and should continue to provide support to the millions of Syrian refugees and displaced persons that are either within Syria or hosted by neighbouring countries such as Turkey, which has the largest number. However, neither Greece nor the EU will engage with Turkey under duress, threat or blackmail. Maybe the time has come, especially given the difficult situation we all face with the pandemic, for the Turkish leadership to realise that its extortion diplomacy has ceased to be effective.

Article by Nikos Dendias as published in the Financial Times.